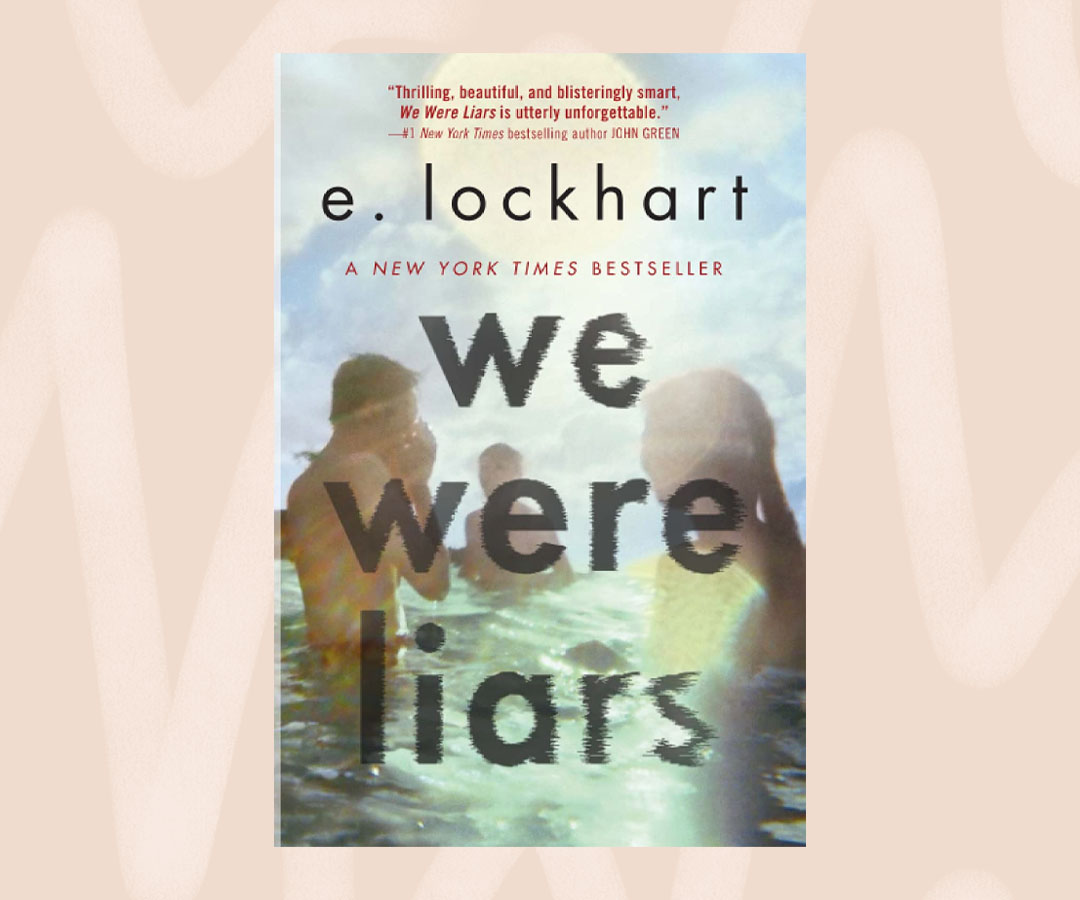 When I was little, I used to bring a book wherever I went—usually an embarrassingly covered/titled one, what can ya do—in my bookbag, tucked into my coat, piled in the car. I would snuggle under covers till darkness blurred to dawn, lost in new worlds and familiar pages. Reading Young Adult (YA) books now brings me back to that time: when reading felt as essential as breathing (and much more essential than sleeping) and every feeling burst like a flame.

Now as adults, sometimes we just need to take a break from our busy lives and channel that feeling of curling up in our middle school bedrooms with a 600-page Twilight book, not to see the light of day until our mom forces us to come out for dinner. Many of us here at The Everygirl have been on a real YA kick recently, so we rounded up the best of the best YA books that are absolutely worth reading as an adult. 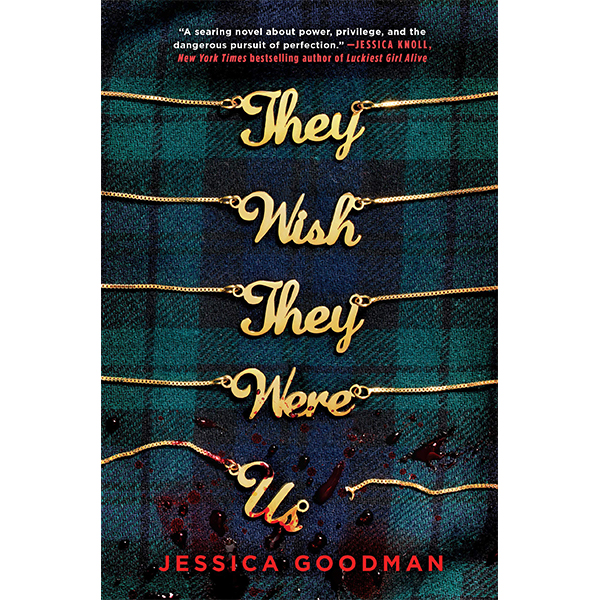 They Wish They Were Us

If you're a fan of thrillers, you need to read this book. Its story arc is much like that of the famous Gone Girl-type books, with the perfect amount of YA teen romance and friendship drama mixed in. It's about a secret society at an elite prep school, and the mystery surrounding the murder of the school's most popular girl—AKA everything you could ever want in a YA book. Plus, it's being adapted for an HBO Max series starring Halsey and Sydney Sweeney (!!!!). 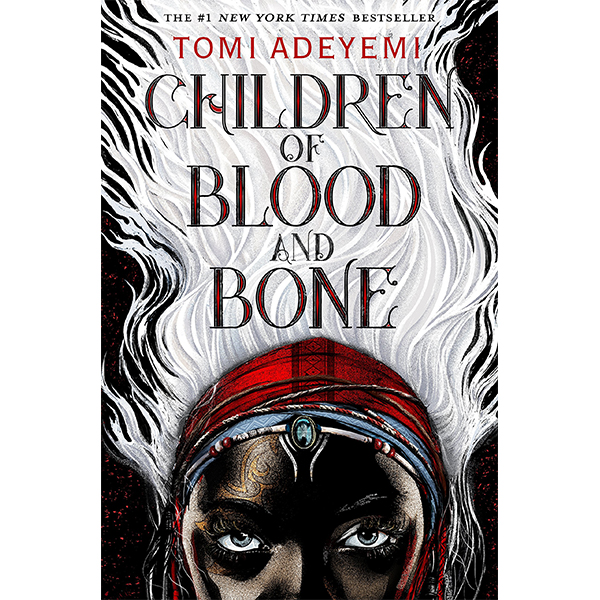 Children of Blood and Bone

An instant New York Times bestseller and a TIME Top 100 Fantasy Books of All Time (among many other things), Children of Blood and Bone is widely regarded as one of the best YA books in recent years. The story follows Zélie, a warrior on a mission to restore her home to the way it should be, by fighting back against an unjust monarchy and restoring the magic they are trying to eradicate for good. Can't get enough? Don't worry: this book has a sequel, AND they're being developed into movies. 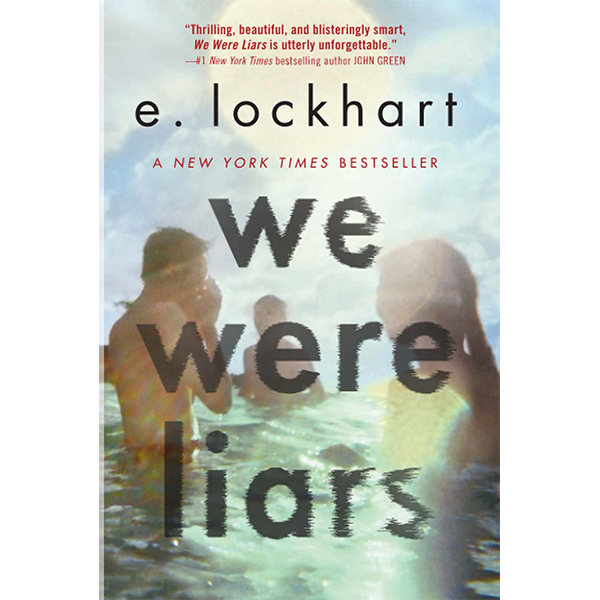 After gaining a lot of hype on TikTok, this book blew up—and for good reason. It starts as an innocent and idyllic beach story that will have you wanting to take a vacation to an East Coast private island, but by the end you will be so shook that you will be thinking about this book for days. It's full of family secrets, mystery, and its famous twist is one you have to just read for yourself. Maaaaaybe someone here read it in one sitting... just saying. 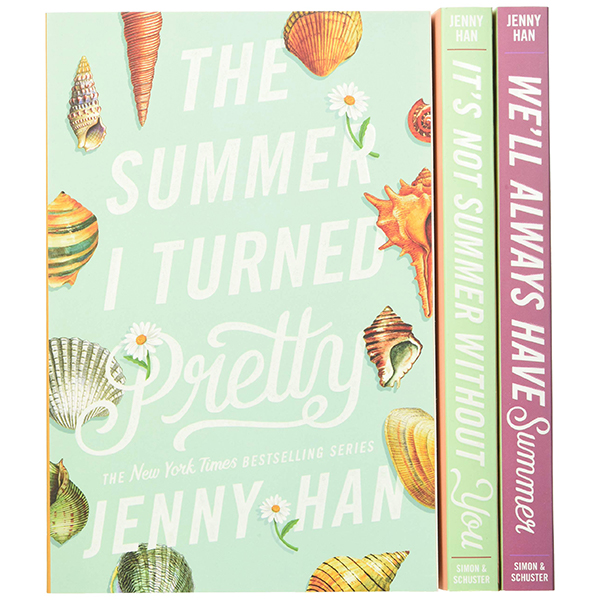 The Summer I Turned Pretty Trilogy

If there is any book universe you will want to live in (outside of magic ones, because that's just not fair), it will be this one. These books really stick with you, and the story is one that can often be revisited—plus it's written by Jenny Han of the To All the Boys series, so you already know it's good. It is about Belly, a teenager who spends her summers at the beach with her best family friends—a set of brothers with whom she becomes entangled in an intense love triangle. You'll change your mind about who's team you're on multiple times, and you'll love the vulnerability of this story. This is another one that is being adapted for screen—coming as an Amazon Prime series later this year (yay!). 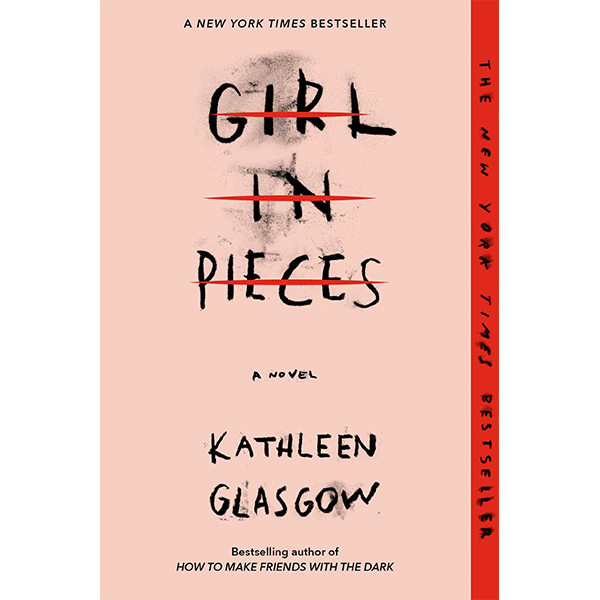 This book is intense and raw, and really captures the darkness that can come with being a teenager, especially one that experiences too much loss at too young of an age. It's simultaneously hard to put down and heart-breaking, and it will sit with you long after you finish reading. 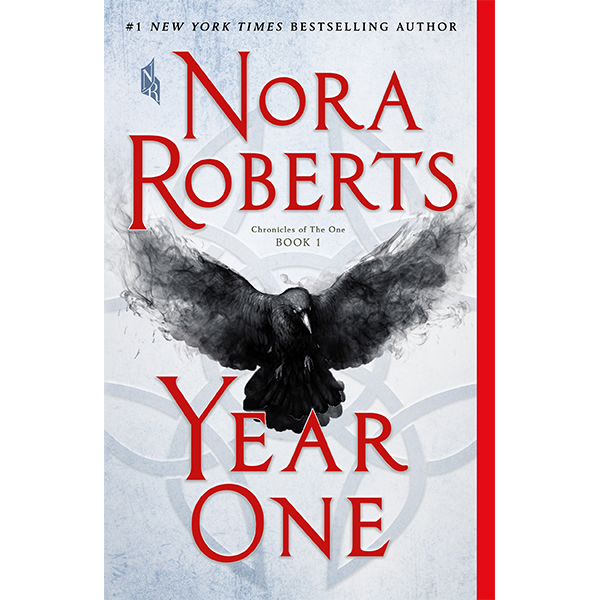 Year One: Chronicles of The One

This is the first book of a trilogy (we love a good series), and Nora Roberts' first foray into both YA and fantasy—and it did not disappoint. In a post-apocalyptic world, both good and evil magick begins to come to light. This novel follows multiple characters and storylines as they try to seek out a better life in their new world, and simply try to survive. It is the perfect combination of Divergent and Harry Potter. Need we say more? 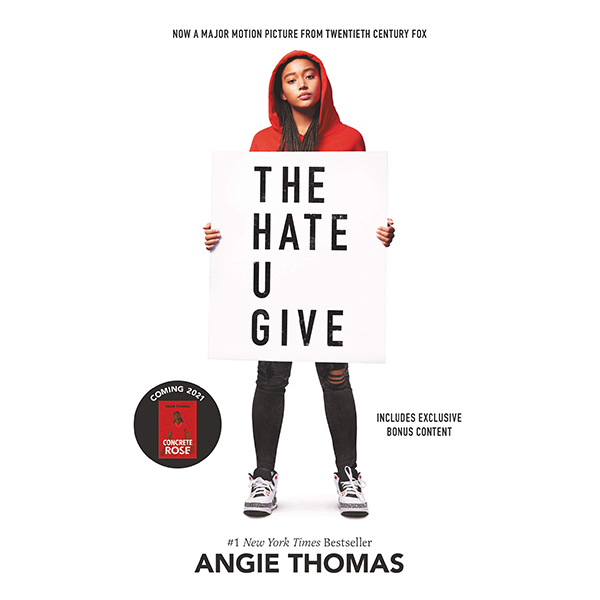 The Hate U Give

An award-winning and insanely powerful novel, The Hate U Give is a must-read for any age. After Starr witnesses the shooting of her best friend at the hands of police, she navigates the aftermath—not only grieving the loss, but also processing the story being national news and serving as the only witness that really knows what happened. 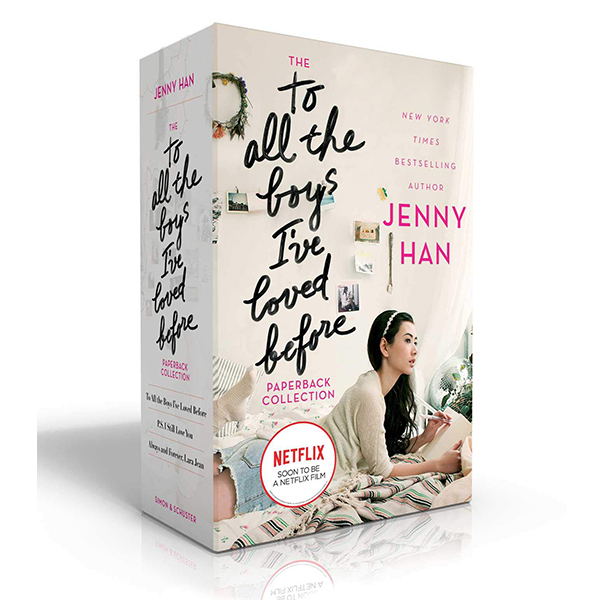 The To All the Boys I've Loved Before Collection

We have talked about the TATB series time and time again (so of course it is included here), and that is because it truly is just a feel-good teen romance that you can get lost in. You might've already seen the Netflix series, but the books are absolutely worth the read as well. Follow along as Lara Jean navigates her newly interesting love life, after her sister mails out her secret love letters that were never supposed to be sent. You'll laugh, you'll cry, and you'll be obsessed with LJ+PK forever. 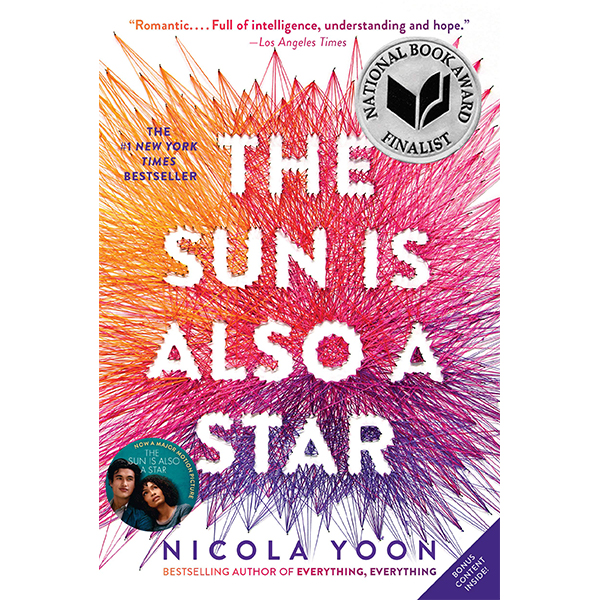 The Sun Is Also a Star

A beautiful story about falling in love and fate, The Sun Is Also a Star is a quick and heart-warming read that will really have you in your feels. Two teenagers happen to meet in New York City, just 12 hours before Natasha's family is supposed to be deported. They spend the day together, opening up to adventure and learning about the value of people that come into your life, even for brief periods of time. 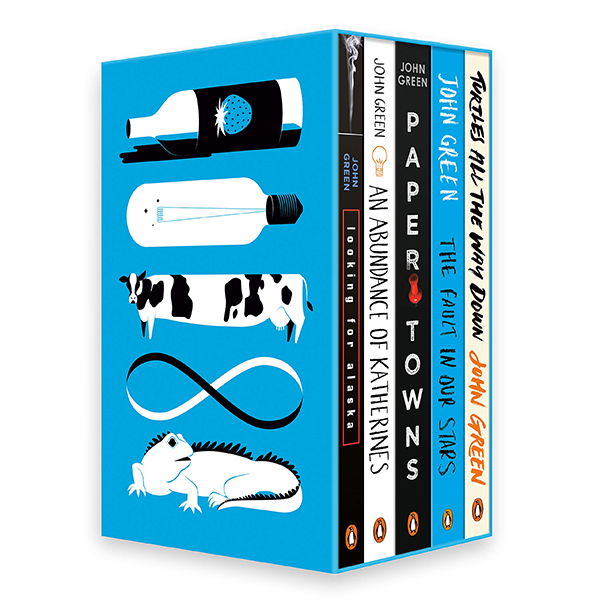 It would simply be a shame to not include John Green's classics on this list, as he is the king of the genre. While we would argue that Looking for Alaska can't be beat, all five of these best-sellers are incredible. And how cute is this box set? 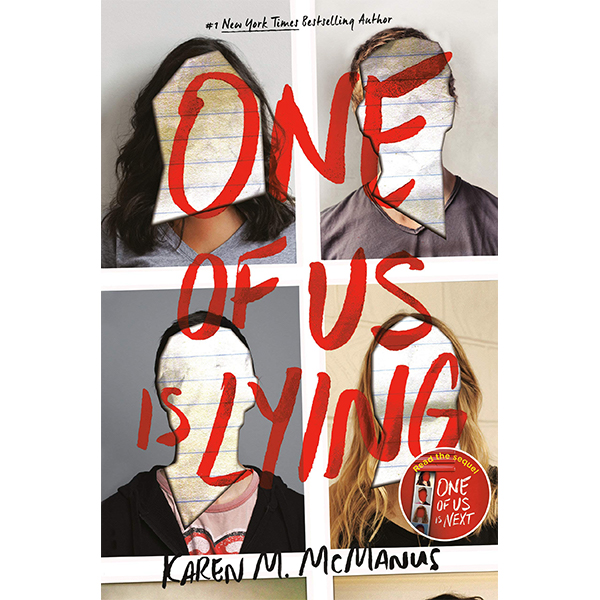 One of Us is Lying

A modern play on The Breakfast Club, this novel is about five very different teenagers who go into detention together—but one of them ends up dead before it's over. It's a classic who-done-it story that will have you dying to know everyone's secrets and leave you guessing until the end. And don't forget to check out the sequel when you're done! This series was picked up by NBC and is coming to Peacock as a TV adaptation. 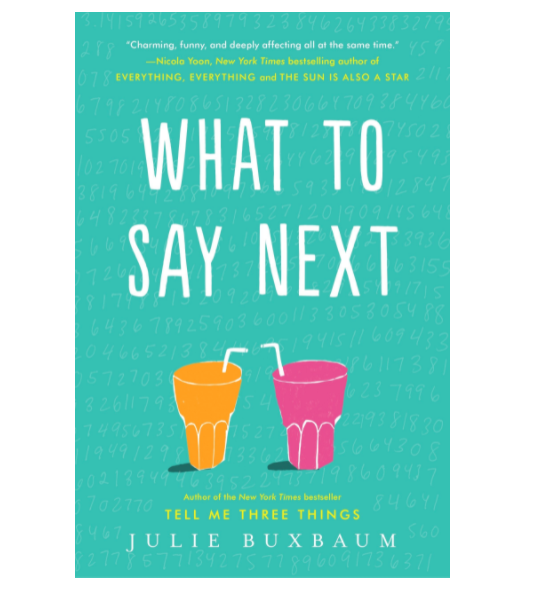 What to Say Next

This book will make your heart ache and swell, from one breath to the next. It deftly intermixes the joy and pain of discovering who you are with the challenges that arise from some of life's toughest blows. A magnetic read. 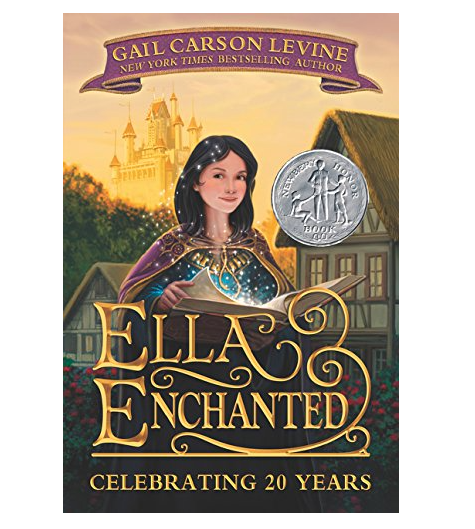 Ella Enchanted might be one of the best YA novels of all time. Every magical moment makes our hearts literally HURT with joy. It is full of the best of childhood—determination, spunk, silliness. Read it immediately. And never speak of the movie adaptation which is a CRIME AGAINST THIS BOOK. 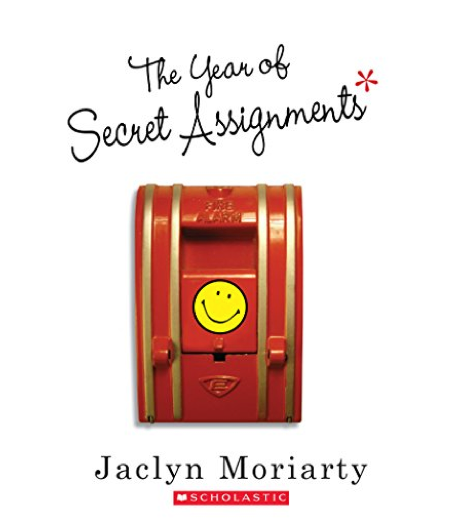 The Year of Secret Assignments

This book is irreverent, irrepressible, and nonsensical in the most glorious way. It captures the spirit of actual, real-life friendships in a way that few books do—with plenty of teenage angst, romance, and laughter to go around. If you like it, we highly recommend Feeling Sorry for Celia and The Murder of Bindy Mackenzie next. 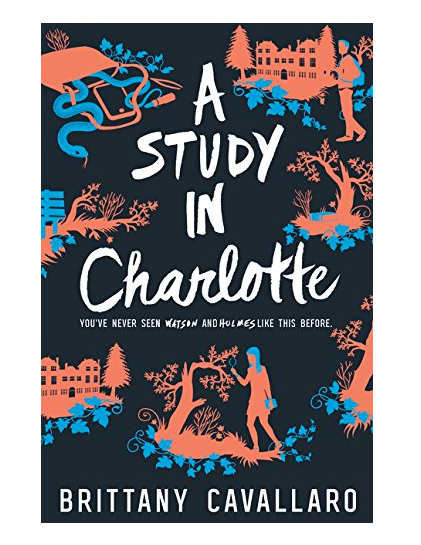 A Study in Charlotte

Mix Sherlock Holmes with the YA genre and we are immediately sold (who wouldn't be?). In A Study in Charlotte, the teenage descendants of Holmes and Watson end up at the same boarding school and (as you might guess), deduction is afoot. 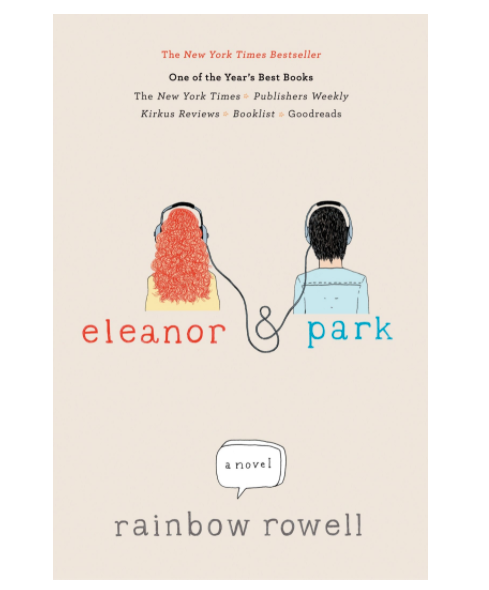 The YA book for anyone who remembers that feeling of first love—agonizing, heart-too-full, feel-too-much first love that breaks you and builds you up at once. Eleanor & Park will give you all the feels. Read it when you need a good cozy night in with your feelings. 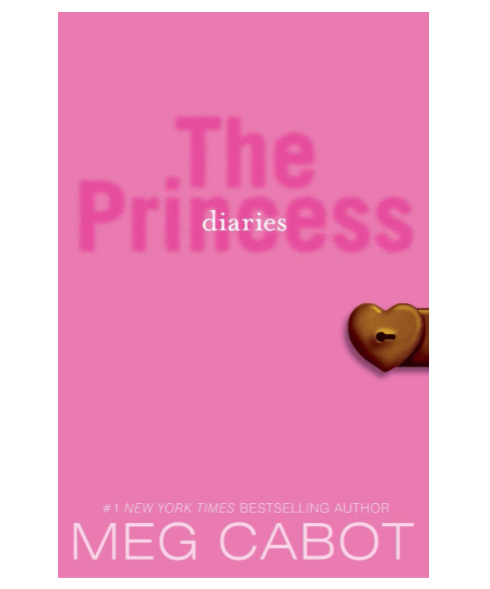 We could not love these books more—they are truly feel-good, laugh-till-you-cry enjoyable. Mia Thermopolis serves as a spirit animal for all of us, and Meg Cabot (the author and a YA goddess) is definitely on the list of favorite people that we've never met. If you haven't read these books yet, WYD?! 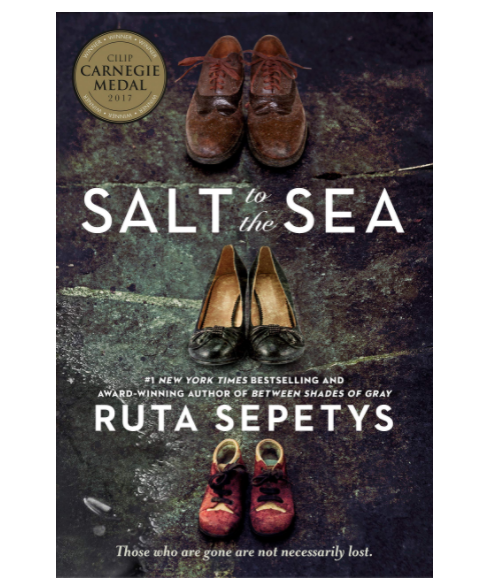 Salt to the Sea

Set against the backdrop of WWII, this novel tells the stories of four refugees, vying for passage to freedom from their suffering. A read that is rich in context with today's world—it will make you think, it will make you cry, it will take you a journey you won't be able to forget. 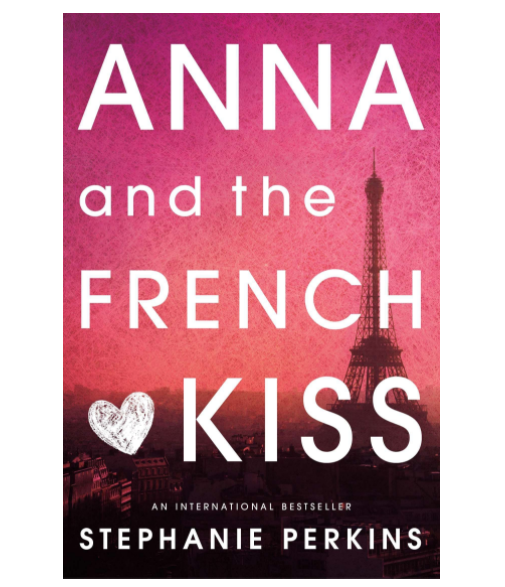 Anna and the French Kiss

A Parisian romance that feels like so much more than a Parisian romance, Anna and the French Kiss pulls you into it's characters lives—Perkins is a master at creating people we want to hang with, who feel real in a way that is as enjoyable as it is impressive. Also like, falling in love in Paris, OK? You know you want to read it. 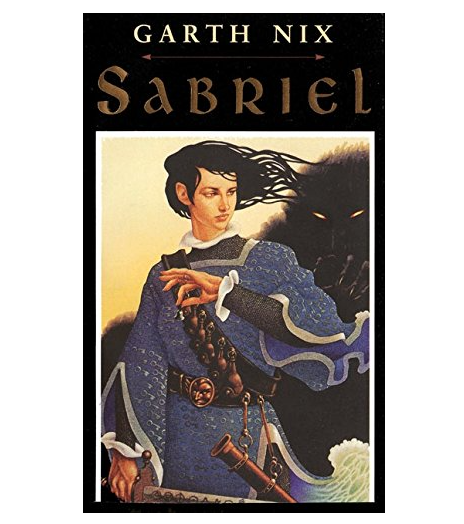 We're always on the hunt for books that are reminiscent of Harry Potter (who isn't?). Showing up on lots of "for HP lovers" lists, Sabriel is a mind-blowing story that definitely fits the bill. Fantasy with a strong female heroine? Sign us up. 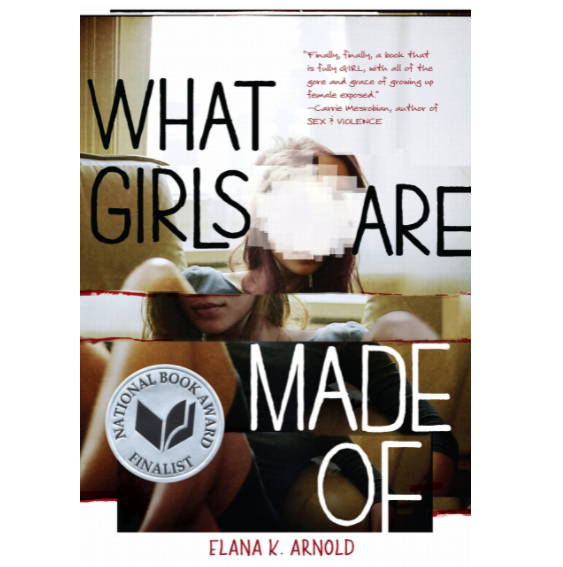 What Girls Are Made Of

This book seriously doesn't hold back. It puts all of the bravery, insanity, neediness, emotion of being a girl on display. It will rub you raw, and remind you of how strong you are. An essential read that will challenge you, pick at you, and make you examine the new and old realities of teenagerdom.