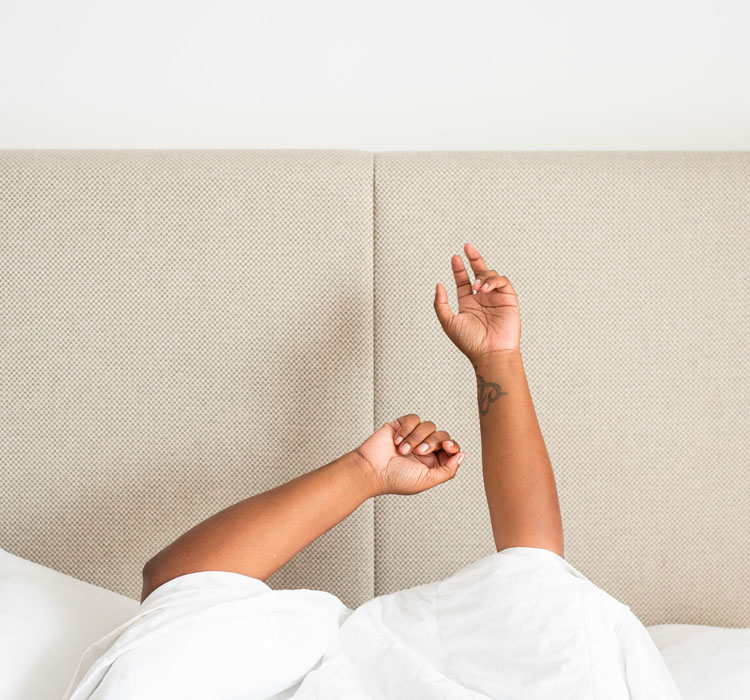 As someone who is used to staying up until early hours of the morning to write (it’s good for the creative process) and has been known to not eat dinner until 9 p.m., I am a self-proclaimed night owl at heart. I’ve always pictured “morning people” as those irritatingly chipper, yoga-at-sunrise-just-for-fun, birds-help-you-get-dressed-in-the-morning type of people. *Major eye roll.* But here’s the funny thing about becoming an adult: Unless you have a cool job like an entertainer on a cruise or a night-shift security guard (Night at the Museum style), you kind of have to become a morning person if you want to be as healthy, productive, and happy as possible.

I’ve been on a long quest to become said “morning person.” My quest is especially interesting because I live on the West Coast but my office is based in Chicago, which means my workday starts at 6:30 a.m. I had to get serious about becoming a morning person (like a real morning person) if I wanted to have a morning routine. And guess what? With a few tips, tricks, and early morning hacks, it happened. And if it happened to me, it can happen to you. So here are nine ways you (yes, you!) can become a morning person without having to fake it.

1. Create a ritual you look forward to (even if that means waking up earlier than you need to)

Not all of us can be the wake-up-and-workout type of people. If the thought of 50 squats or a yoga flow gets you pumped to get up and going, more power to you. But if you’re not the kind of person who gets excited for exercise, don’t force yourself into it first thing in the morning. You’ll get up much earlier and easier when you’re getting up for something you’re looking forward to the night before. My ritual consists of a cup of coffee, telling Alexa to play French café music, and reading for 20 minutes. But if French music doesn’t relax you and coffee isn’t your thing, don’t do my ritual—find your own. What’s something that centers you, inspires you, or gets you excited? Is it 20 minutes of meditation, taking your time to cook a nourishing breakfast, or a 10-step skincare routine? Rearrange the way you plan your mornings so that they’re not spent rushing out the door with a smoothie to-go but instead an entire ritual that you look forward to the night before.

In order to make extra room for all the good things you will look forward to, take care of all the things you won’t look forward to the night before. Make a list of every little thing you do in the morning that doesn’t bring you joy. Is there any way you can do these things the night before or at least do some prep work so it takes less time tomorrow? For example, make your lunch, clean the kitchen, get gas for your car, pack your gym bag, and lay out your outfit before your head even hits the pillow. Do everything you can to make sure you wake up every morning feeling prepared, calm, and ready for the day.

So you know you need seven to nine hours of sleep a night, but how many of us are actually getting seven to nine hours of sleep every night? The honest answer: not many. Of course you will struggle to wake up if your body needs more sleep. While an earlier wake-up time is the goal, in order to feel your best, you still need to reach those seven to nine hours. To train your body, start by getting into bed five minutes earlier. The next night, get into bed five minutes earlier than that. In just two weeks, you’ll be getting into bed over an hour earlier. Not only will it seamlessly adjust your body so you’re not lying in bed awake, but for those of you who are thinking, “I don’t have time to go to bed earlier!”, you’ll realize you actually do. Everybody has five minutes to spare.

4. Get natural light right away

The first step after your alarm goes off should be to open your curtains or blinds so you’re getting light right away. Sunshine isn’t just a cheery way to start a new day; it’s a physiological need to wake up and feel energized. According to Sleep Advisor, sunlight tells the body to suppress melatonin, or the chemical that makes us fall asleep. In other words, natural light tells your body that it’s time to wake up even better than a cup of coffee can. If you’re waking up earlier than the sun or don’t have access to natural light first thing in the morning, try a wake-up light alarm clock that mimics the sunrise. Take “rise and shine” seriously, people!

Habits make change possible because they free our minds from decision making. In other words, morning people don’t think about getting up early, they just do. So don’t just set your alarm and hope for the best; know that early rising takes time to become a habit, and put in the work for a couple of weeks or until your body is used to the early wake-up call. As tempting as it may be to sleep in on weekends, try to wake up within an hour of your weekday wake-up time, at least while your body’s getting used to it. Use apps like Streaks to hold you accountable and help you make early rising a habit.

“Inverted snoozing” is kind of like playing a mind game on yourself. While it may sound silly, this technique has been the only thing to effectively break my snooze button habit. The trick is that you actually do hit the snooze button, but you don’t keep sleeping. For nine minutes (one snooze cycle), I do everything I can to not go back to sleep: brush my teeth, open the blinds, drink water, make a cup of coffee, etc. The trick is that I tell myself that once the snooze cycle ends, I actually can go back to sleep if I’m still tired. However, nine minutes of activity is more than enough time to tell the body to wake up. I’ve never felt the need to go back to sleep after the nine minutes are up, but having a fixed milestone (nine minutes) feels much easier than willing myself to wake up for the whole day.

7. Don’t check your phone or computer for 30 minutes after waking up

My typical morning goes like this: I groggily shut off my alarm clock, lay in bed for approximately 60 seconds while internally complaining that nap time isn’t a thing for adults too, and then grab my phone and scroll through Instagram for five to 10 minutes (or until I can will my tired body to get out of bed). Starting your day off with a scroll through social media instills in your mind that you’re already missing out on something. Plus, that’s approximately 10 minutes (more like 20, if we’re being honest) that I could spend doing something good for me. Break yourself of your phone habit by not checking texts, calls, or even emails until at least 30 minutes after waking. If it’s too hard to resist, keep your phone in a different room and use an actual alarm clock to wake you up.

Ah, the mythical work-life balance: It’s an age-old conundrum that few claim to achieve and most struggle to find. But no one said balancing your well-being with professional and personal responsibilities would be easy. The truth is that getting enough sleep and feeling good the next morning requires mastering the art of saying “no.” If your roommate presses you to watch another episode of Love Island or your boss assigns you a last-minute project that will take you all night, don’t people-please your way out of your chance at better sleep. Of course, there will be the nights that are worth losing sleep for (life is about enjoyment, after all), but don’t stay up until midnight watching TV because you don’t want to say no to your roommate, and try suggesting to your boss that you’ll do better on the project the following day when you’ve had ample time to recharge.

9. Schedule more things in your week that you look forward to

Your appointment book or weekly calendar might be reserved for work meetings and doctor’s appointments, but start scheduling in things you’re excited about and can look forward to all week long. Honor and respect those “appointments” as you would everything else in your calendar because they’re actually just as important. Have at least one thing scheduled every day that you look forward to, whether it’s after-work drinks with coworkers, a fun Zumba class, or a packed lunch you’re especially excited to eat. Don’t go through every day following the same routine and going through the motions and to-do lists. The simplest way to get yourself out of bed: Give yourself a reason to get out of bed. 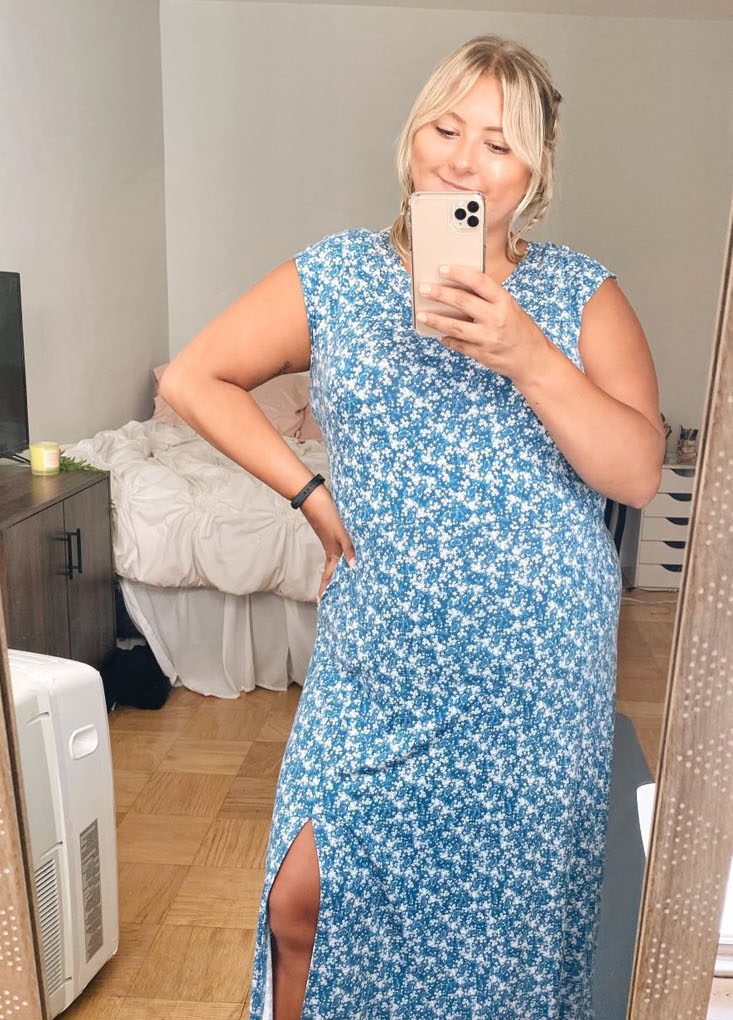