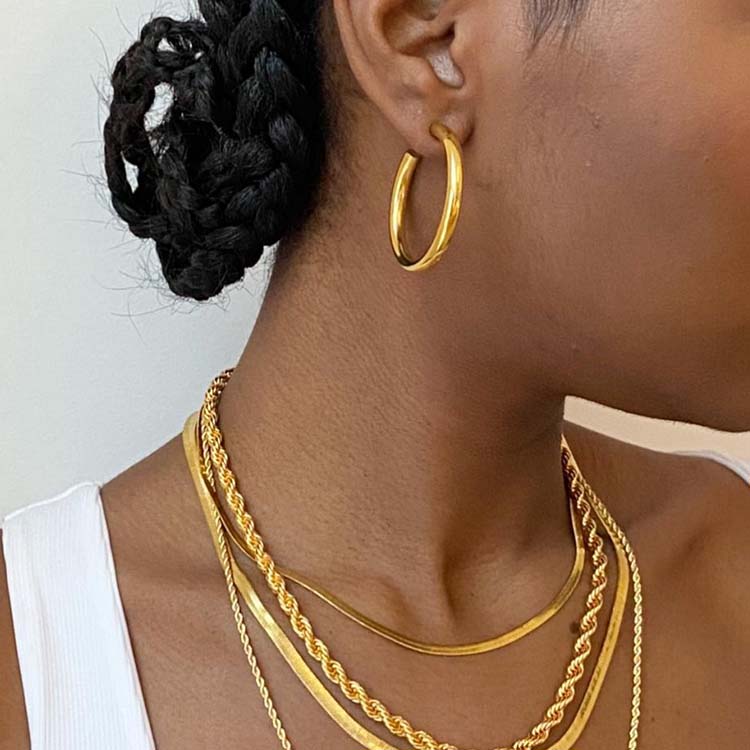 Being a Black woman is so dope—it really is. It’d likely be much easier to exist as a myriad of other identities that bear less societal oppression, but despite knowing that, I wouldn’t trade being me for the world.

Black women generate cultural lexicons by existing. Our fashion and our artistry radiate outward from our communities to the entire world. Even though credit is often not given where it is due, we continue to create and shape pop culture with our limitless flair, creativity, and aesthetic.

These six fashion trends are ones you know and love—and that you might not realize were started by Black women. 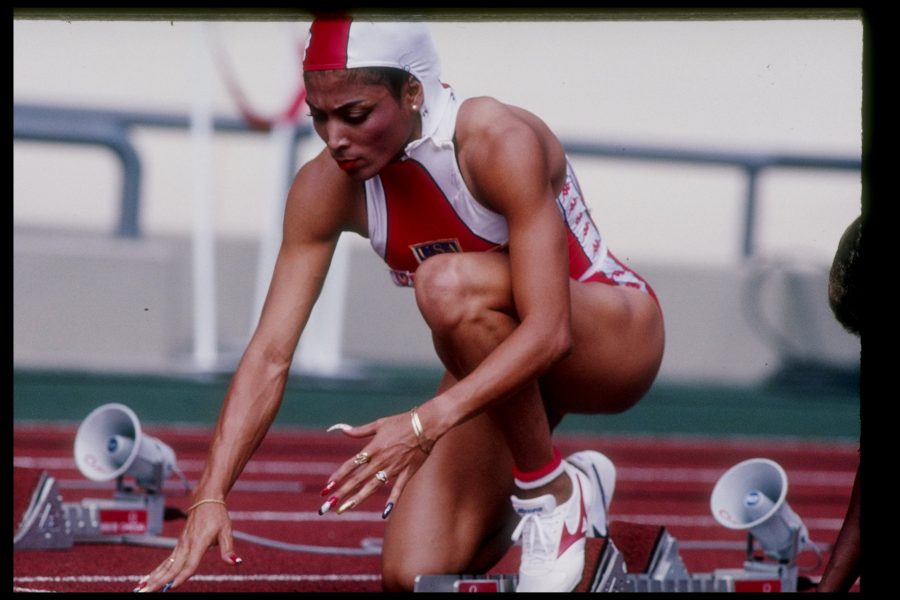 While the modern manicure dates back to ancient Egypt and long nails to the historic Inca Empire of South America, what we now call a “full set” was brought to the pop culture stage by a Black woman.

In 1988, Florence Griffith-Joyner broke the 100-meter world record three times at the U.S. Olympic track and field trials; the world turned its attention to this astounding feat and, consequently, to her astounding nails. Flo Jo took the world by storm, sporting 4-inch, curved, tiger-striped fingernails, and then returned the next day with a totally new and fiery fuchsia set.

Years later, in the 1997 film B.A.P.S, Halle Berry and Natalie Desselle Reid delivered performances we still talk about today, but it was the hair and nails that truly took center stage. Their long, crafted nails and elaborate hair styles made them legends in the Black community.

From Flo Jo in 1988 to Cardi B in 2021, Black women have continued to kill the nail game and treated their nails as canvases for art far before the rest of the population caught on. Now? It’s more than just us that are doing so. Some of your favorite celebrities like Kylie Jenner and Billie Eilish step out regularly with the iconic long nails and fantastic nail art that were first worn by Black women. 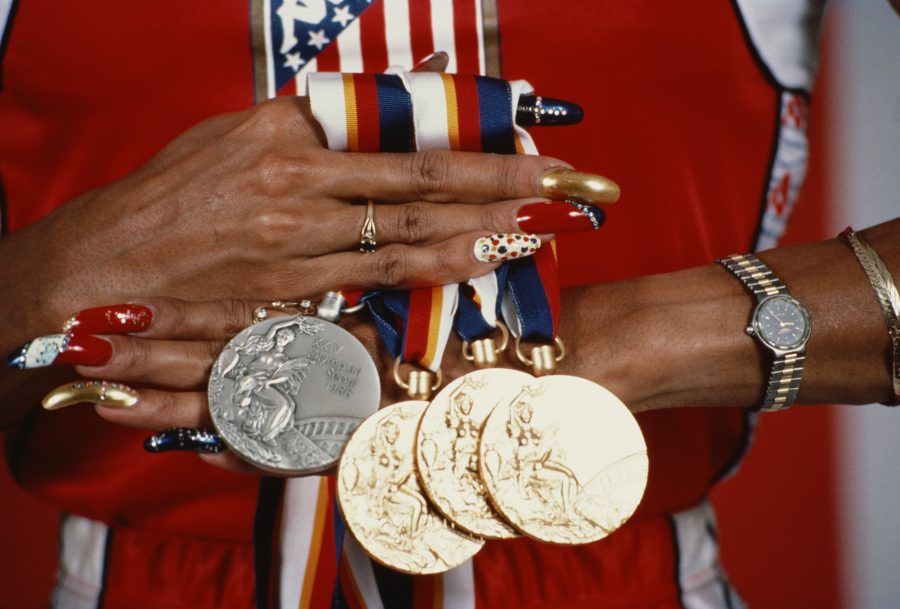 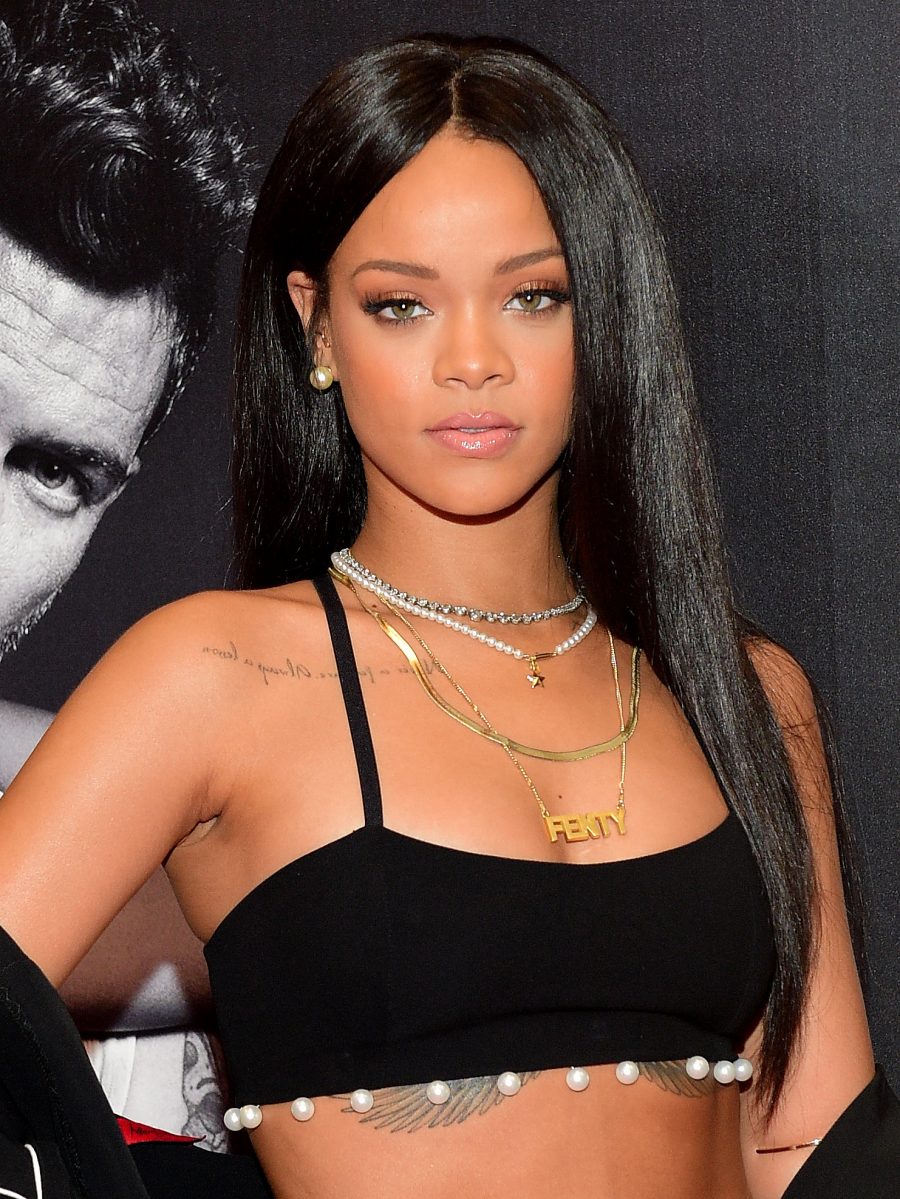 When Carrie Bradshaw debuted the famous “Carrie” script necklace in the first season of Sex and the City (1998), buzz ensued. Sarah Jessica Parker’s stylist for the show, Patricia Field, got the idea to put the script necklace on Carrie after she saw “kids in the neighborhood” wearing them. The piece spread like wildfire and quickly became known as the “Carrie Necklace.” However, the nameplate trend—from necklaces to earrings—has been a pinnacle of Hispanic and Black culture since New York in the 1970s.

Like many trends set by women of color, these personalized necklaces and earrings were cast aside and called “ghetto” prior to having the Carrie Bradhaw effect. 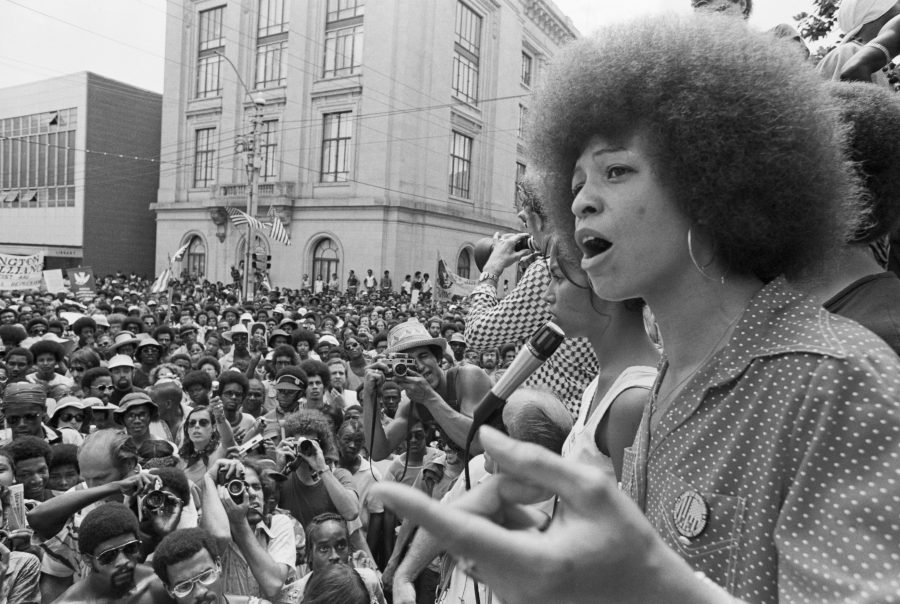 Since we’re on the topic of jewelry, we can also give Black women a round of applause for the popularization of hoop earrings. Conceptually, hoop adornments date back to Nubia and Ancient Egypt but can modernly be attributed to the likes of Nina Simone and Angela Davis in the 1960s and ’70s.

Bamboo earrings also originated in the Black community, with Salt-N-Pepa bringing them into the limelight in the 1980s. 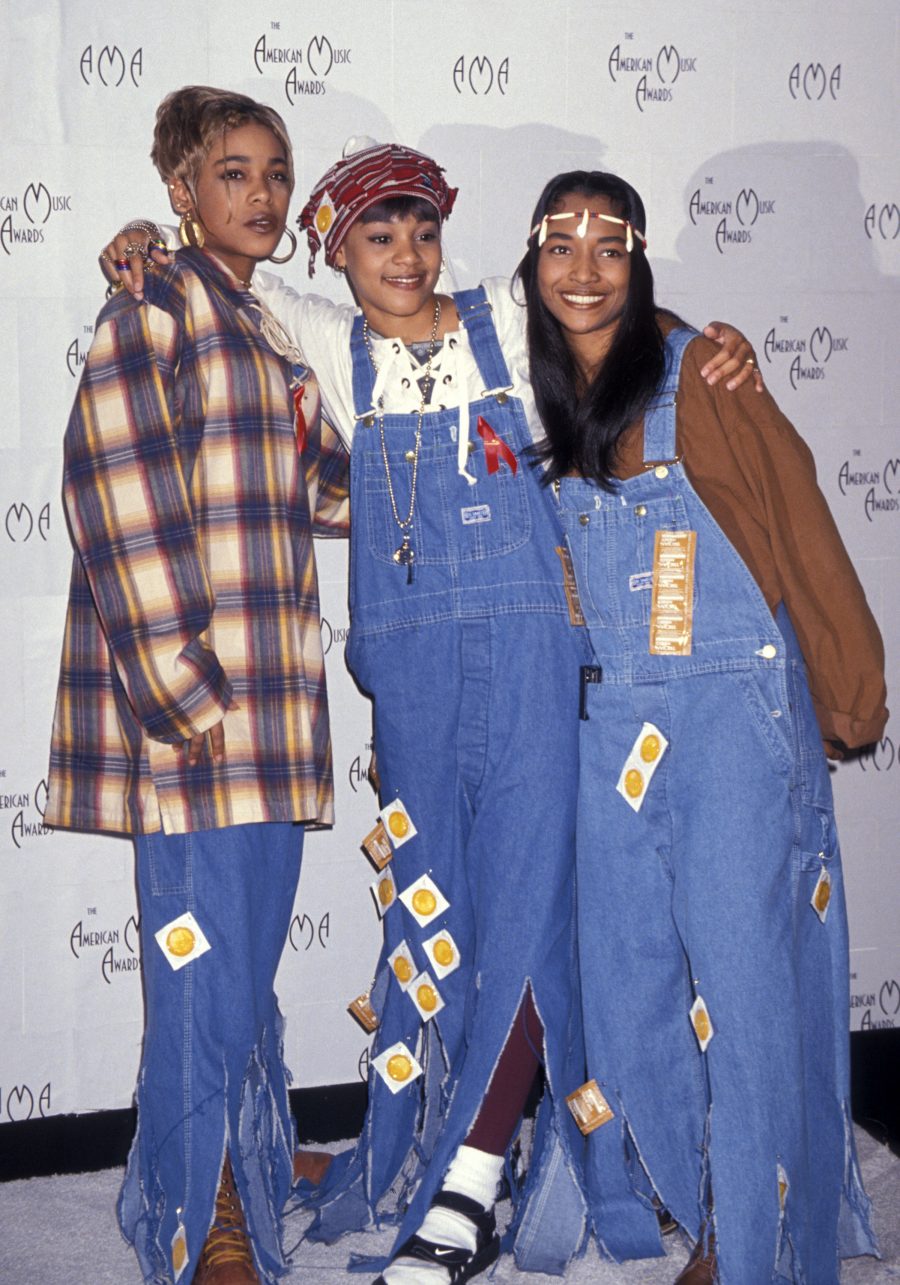 Listen, I know what you’re going to say: Surely, the popularization of baggy clothing was created by a man. To that I say, yes—but only for men. Baggy clothes for women? We can thank my personal heroes, the women of TLC, for taking male-dominated, oversized styles and making them cool for women to wear.

Alongside icons like Aaliyah, TLC made an otherwise masculine trend feminine and even gender ambiguous. Sometimes, they’d rock entirely loose fits while other times, they paired baggy bottoms with bra tops, leading us to Aaliyah’s iconic Tommy Hilfiger look.

The loose-fitting, matching sweatsuits you’re wearing this winter? You can thank Black women for making it cool. 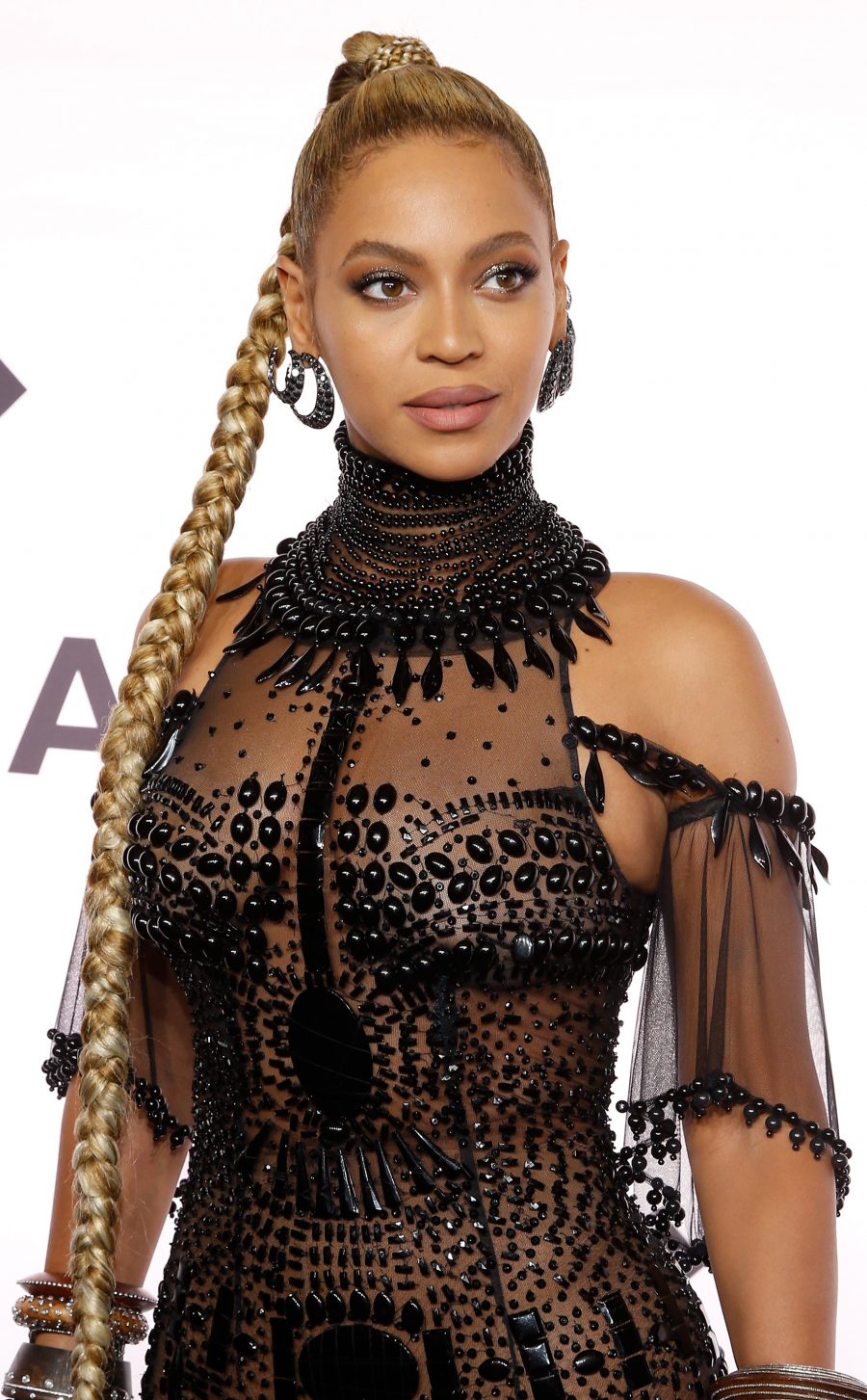 This one is bittersweet for me (and I assume a lot of other Black women). It’s hard to watch something that you were made fun of for or self-conscious about become heralded as a trend because people with lighter complexions say it’s cool. Honestly, that’s the case for a lot of trends on this list, but this one hits harder.

As little girls, we were teased about our cornrows, told that our edges were too “extra,” and told that we should stop wearing weaves and rock our natural hair—but then that our natural hair was ugly. Even through all of that, we made our hair our art and lifted each other up for our resilience and creativity.

Now, because Kylie Jenner, Gigi Hadid, Kim Kardashian, Ariana Grande, and other non-Black celebrities have sported these styles, they’ve become palatable, and that’s hurtful.  Our hair has been our expression for so long, but it’s also been a source of stereotyping and ultimately our criminalization.

I say this not for sympathy but to make sure that we can have honest conversations about the way that Black women, their hair, and their style are treated in comparison to their non-POC counterparts. 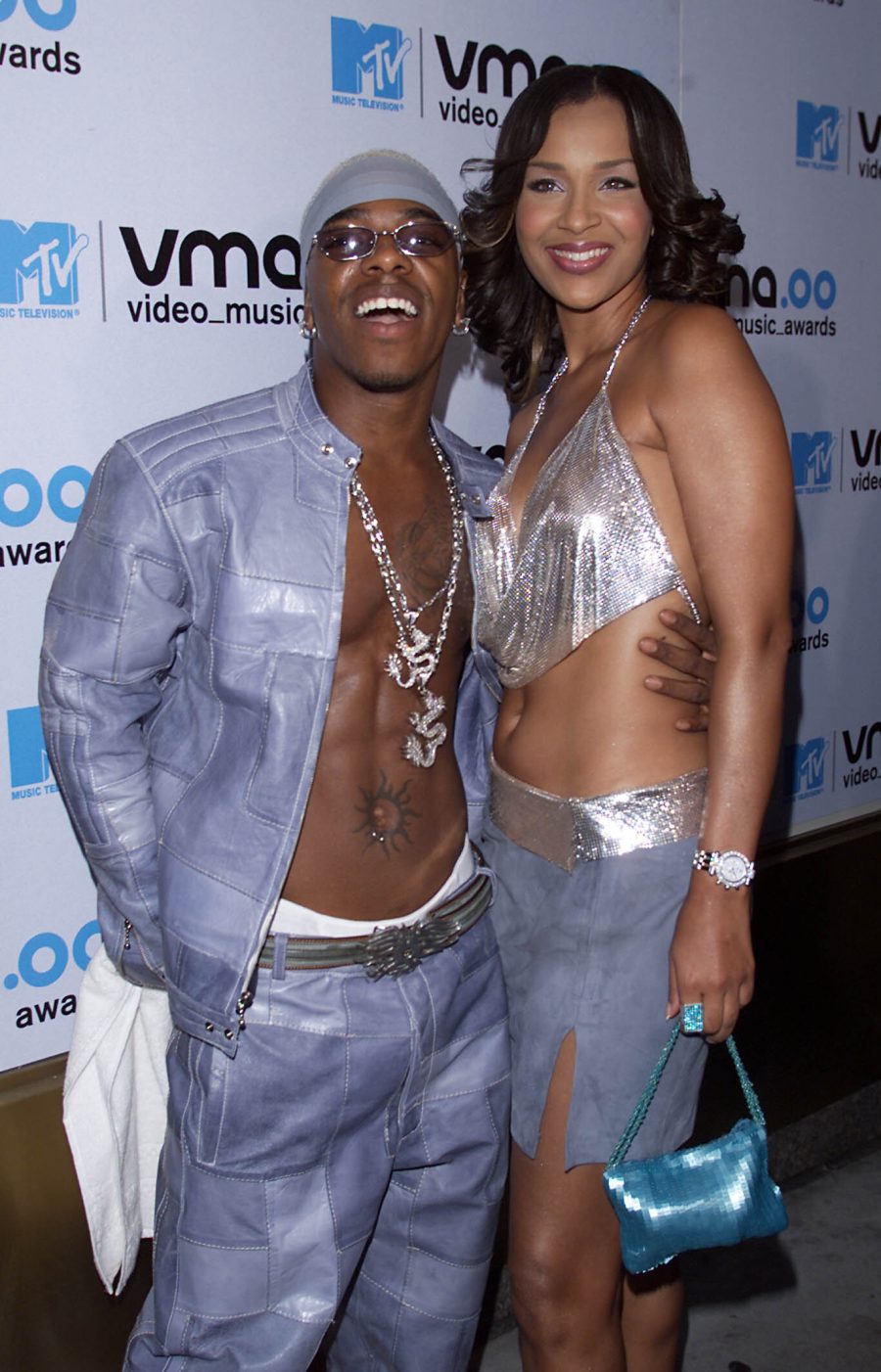 If you’re like me, you didn’t know this trend had a name. I’ve shamelessly Googled “droopy, sparkly top” more times than I care to admit in search of one of these tops or dresses (To be honest, I’ve yet to work up the courage to buy and wear one, but there’s a lot of time left in 2022).

There’s little dispute over whether a Black woman started this trend and more controversy over which Black woman started it. Most would point to Aaliyah in her iconic Try Again music video; however, some credit LisaRaye McCoy as the first to rock the look.

While it’s hard to identify who may have been the first, we know these two have no chance of being the last.

While these are a few trends that were started by Black women, there are countless more.

I pray that we’ll continue to build a society where identities unite us rather than divide us.  While I wait for that hopeful future, I recognize that society will always see me as Black and a woman—and probably in that order—before even asking my name. That’s fine—I continue to be so proud to be a Black woman. To stand on the shoulders of such intelligent, creative, beautiful ancestors is an honor. 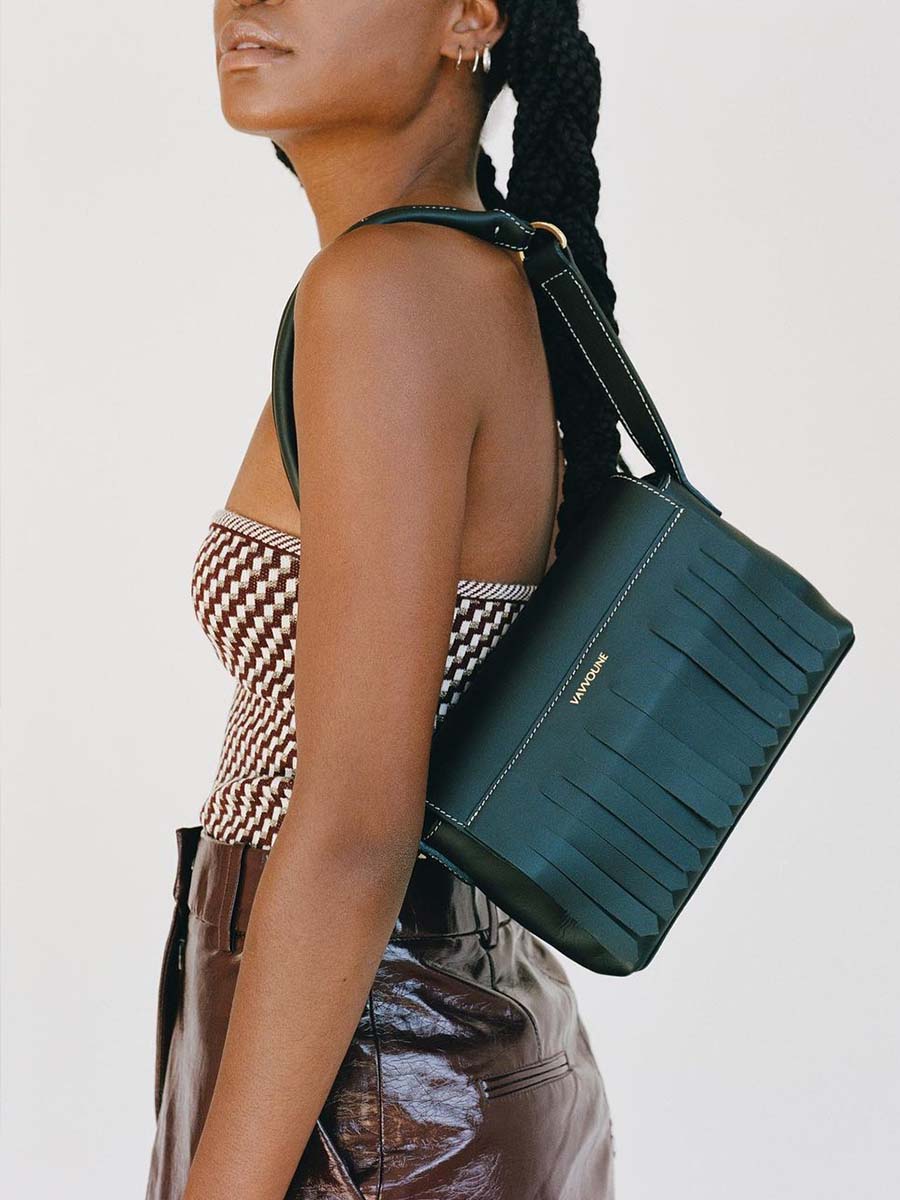