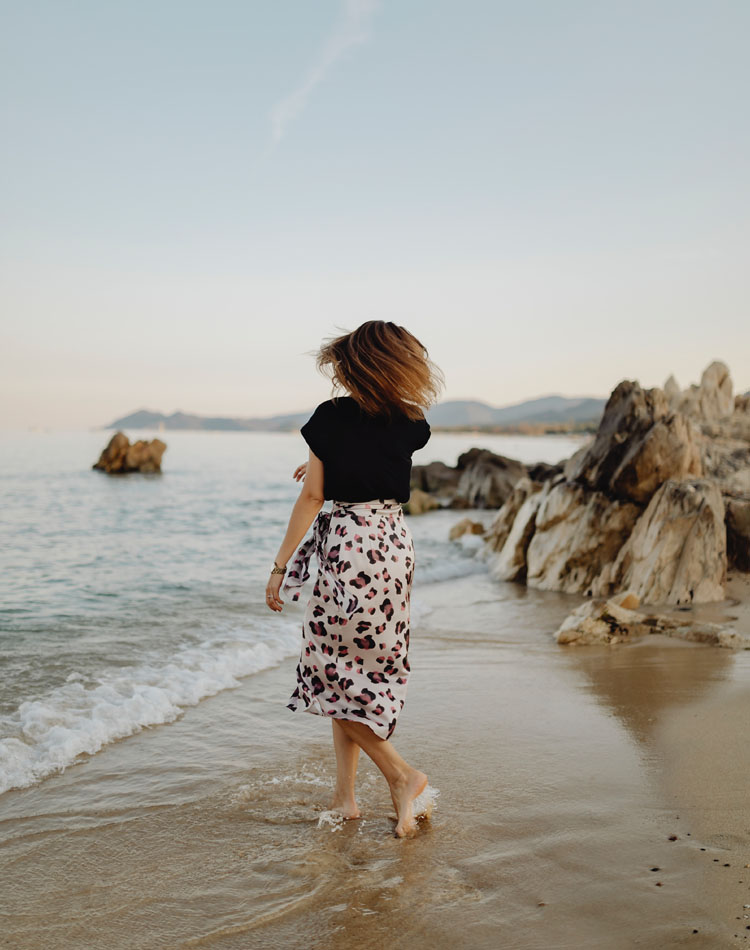 April 2016. I woke up in a hospital in Paris, with the intermittent beeping of machines providing a consistent and needed calm amidst the flurry of voices. The words spoken around me hovered in a cloud of foreign disarray, and in a matter of seconds, the comfort I had been building with the language and the confidence I had developed in navigating the city was all torn away.

Waking up, my eyes squinted beneath the harsh glare of the hospital lights. I looked around, whispering a weak, Qu’est-ce qui s’est passé? (What happened?) in an attempt to grasp at any information I could. But when a sudden pain shot through my hip, I knew I’d gotten my answer.

My mind flashed to the last moment I could remember. I had been running down to the Seine — a quick jog taken during the last of the afternoon’s light. With only my keys in my pocket, I had left my apartment without any marker of identity, and when I flew over the hood of a car whose driver I’d never know, I was found by pedestrians who had no way of knowing me.

While I often reflect upon the glamor of spending a year in Paris, these reflections are peppered with the painful memories of waking up in a hospital bed alone, never more aware of my isolation and never having felt more estranged from myself. When I’m told how lucky I am to have lived in the city for a year, I still have to suppress a painful laugh at the irony of this assumption. While these comments used to make me feel more alienated and less understood, in the years between the car crash and today, through therapy, love from family, and support from friends, I’ve made massive leaps in personal growth.

This is my journey with Traumatic Brain Injury and what my recovery has taught me about feeling safe and at home in my body.

For many people, TBI can have major physical and psychological effects, impacting everything from a person’s memory to their vision or ability to communicate. For me, TBI manifested itself as Major Depressive Disorder and anxiety — the results of which brought back symptoms of the eating disorders I was recovering from.

I was 8 years old when I was first told I was fat. The memory is brutally clear: as a tomboy, I preferred athletic shorts and T-shirts to dresses and skirts, and one of the boys felt the need to call across the classroom (with all the eloquence of an 8-year-old), saying that I wore baggy clothes because I needed to hide what was underneath.

The comment left me speechless and ashamed. I felt worthless. I had never noticed how beautiful and thin the other girls were, and how simultaneously ugly, fat, and disgusting I found myself. I had never thought about such concepts as beauty and thinness, but I became obsessed when I learned that I was neither. There were similar moments just like that, and each critique and every judgement I was thrown became an assault on my value as a person.

I was 8 years old when I was first told I was fat.

Since then, my life has felt like a dedicated fight against my body — a daily attempt to shape, form, and manipulate every part of myself into something that others will accept and that will make me worthy of love. The bulimia began when I was 10, which developed into anorexia during my senior year of high school. The latter left me thin, tired, and a shell of the passionate, energetic, and engaged girl I had long ago been.

Though I had gained enough weight in college to keep me out of the hospital, I was far from healthy. The compulsive behaviors around organizing my food, counting my calories, and exercising to exhausting extents kept my weight in a place that felt safe to me, but from the outside, I knew was alarming.

When I arrived in Paris, this physique was celebrated. People I met would marvel and call me the “tiny American,” who somehow didn’t fall victim to the stereotype of gorging on McDonald’s meals and feasting on fried-everything (though in the darkest moments of my fight with bulimia, I have). When my host mother met my mom, she said she could feed me anything and I wouldn’t gain a pound. I remember a man I dated commenting on ma clavicule, saying he loved how my collarbone revealed its shape under my skin. All of this fueled the unhealthy fire of my belief, that I had finally found worth, happiness, and love because I had won the fight against my body and protected myself from the harmful words that had defined me in the past.

My life has felt like a dedicated fight against my body — a daily attempt to shape, form, and manipulate every part of myself into something that others will accept and that will make me worthy of love.

But when I woke up in the hospital seven hours after the crash, all of that was gone. It was another person entirely who awoke, and whoever I had been earlier that evening was completely wiped away. Somehow, not even the barriers of my own body felt like protection, and it was this realization that resulted in my return to bulimia.

The loneliness kicked in immediately after the crash, and I filled myself with food to numb myself from the pain. I no longer felt like I could speak with my friends or connect with my family. Everything that I had once loved about Paris was now tainted with the fear that I might be hit again, that I could never predict the actions that someone would take to hurt me.

After a few months of attempting to “stick it out,” I accepted what I needed and made the decision to leave Paris and get better. I was looking to recover not only from my accident, but from the unhealthy patterns of thought I’d developed throughout my entire life.

Since making that choice, I’ve set myself up with a recovery plan and a support system that I can rely upon and tap into. From that, I’ve found three affirmations that keep me moving in a positive direction and remind me of my truth — a truth that’s stronger than anyone else’s words.

For me, one of the biggest factors in staying healthy in mind and body has been finding a community, and I’m lucky to have discovered mine in my fitness routine. Throughout recovery, I’ve been encouraged to view exercise not as part of a “calories in, calories out” equation, but as a way to boost my mood and enjoy being in my body. And while in the past I had always gravitated to running by myself or riding my bike alone, I’ve now fallen in love with group fitness.

Whether that’s yoga, spinning, or barre, I know that I’m always supported by the instructor and those alongside me in class. While our goals may differ, we’re all taking part in an act that allows us to connect with and express kindness toward our bodies. When I’m in class, I’m constantly reminded of my innate worth by simply showing up. I don’t have to look a certain way, act a certain way, or be a certain way to contribute. My community — found in fitness, friends, or family — helps show me that.

When I was younger, it felt like, at any moment, someone could cut me down with a nasty comment about my body. By losing weight and making my body smaller, I was trying to shield myself from any potential emotional harm. The truth though, I realize now, is that while someone else’s words can be painful to receive, they come from a place of that person’s own internal pain. It’s their attempt to relieve themselves of that hurt by directing it to you. While the journey of learning this was long, I can now express compassion toward those who don’t yet know how to best communicate what they need.

I know that I am safe with loved ones, and though I can’t predict the whims of the world, I am safe in my body. I have come to accept my car crash as a freak accident, and through that realization, I have been able to forgive.

As an Enneagram Type Four, my basic fear is that I am without a personal identity and lack something that everyone else has. In the past, I’ve tried to make up for my perceived deficiencies by defining myself through the painful events of my life — my car crash, my experiences with eating disorders, and being bullied as a child.

I understand now, though, that I am so much more apart from this pain. I love to write, read, and exercise, and I am kind, creative, and passionate. By seeing myself from a place of abundance and leaning into the belief that I am whole, I can shift the emphasis of my life away from these challenging moments and see them simply as events that contributed to my character without defining it.

There have been many times when I’ve tried to forget the year that I lived in Paris and the car crash that so abruptly changed my life. But I see so clearly how the events of my life have led to where I am now, to a place where I have finally re-established the connection between my personhood and the body that encases it.

If you are struggling with an eating disorder or with disordered thoughts or behaviors regarding food and eating, please seek help. Call the National Eating Disorders Association Helpline at 1-800-931-2237 for support, reach out to a qualified medical professional, or, for a 24-hour crisis line, text “NEDA” to 741741.