GET THE BUNDLE BEFORE IT'S GONE
Relationships
October 4, 2019 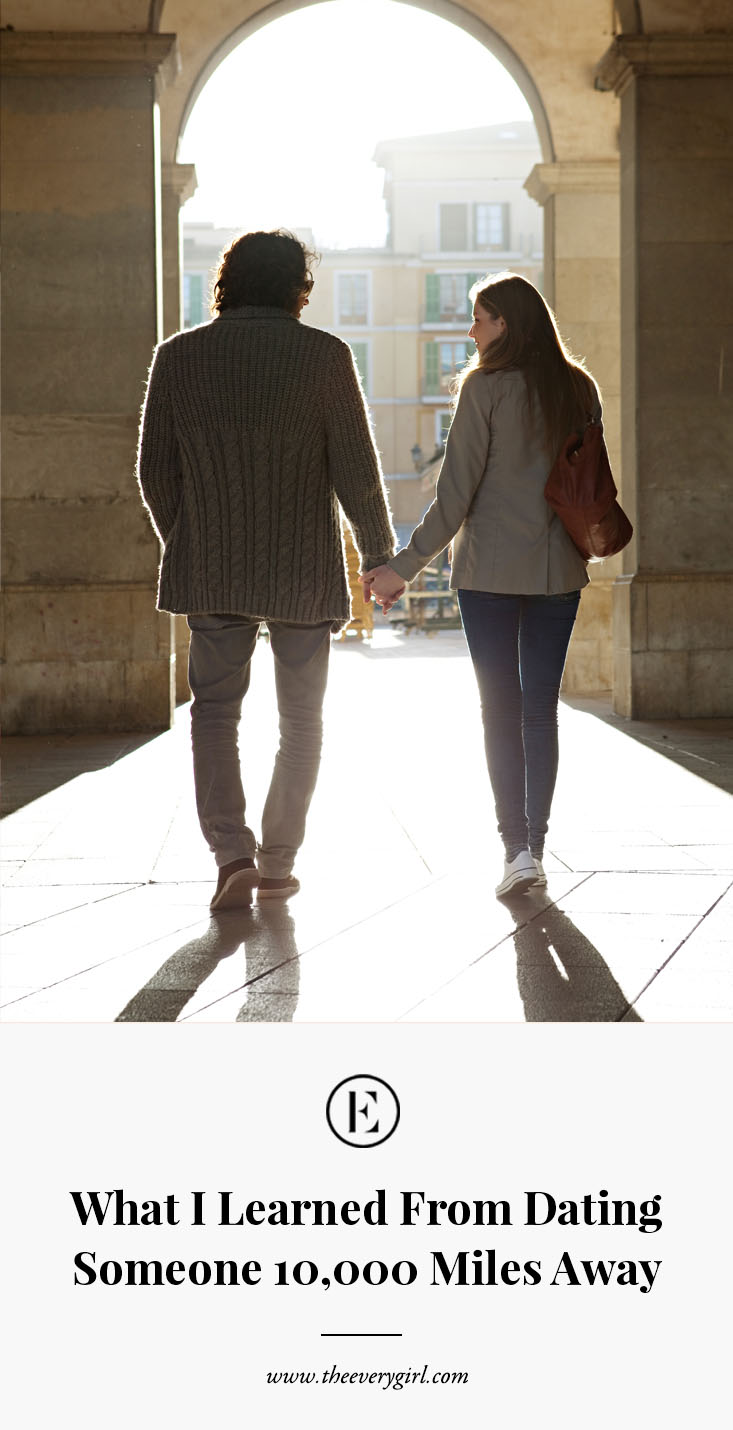 Of all relationship types, I’d have to assume “long distance” is the least intentionally sought out. Like most people, I imagined my perfect dynamic involving easy time together, shared friend groups, and enjoying daily life. Yet, those simple desires quickly appeared surreal when I found myself dating someone from a different continent.

Winding up in an overseas relationship makes most regular dating challenges pale by comparison, particularly when that long-distance relationship involves a 15-hour time difference. Dating oceans away constantly felt like a bizarre cross between a fairy-tale and complete and utter delusion.

It began by chance, of course. We met while on a trip to Galway, Ireland, and instantly hit it off with our shared sense of humor. We proceeded to have a fun, flirty three days exploring, and my insatiable curiosity was happily sparked by the stories offered by this mysterious Aussie with a totally different background from me.

We walked the Cliffs of Moher, got drunk at tiny pubs covered in excessive Halloween decorations, and kissed near boat docks on chilly nights. It was incredibly dreamy, and somehow felt unlike any other ‘fling’ I’d experienced. When I boarded the bus on my last day feeling surprisingly heartbroken, I knew that, logically, I should appreciate this for the fun hookup it was: a passing moment and a great travel story. Yet it stuck with me.

Fast forward several months, and my travel plans lead to coordinating a visit with him in his hometown of Sydney, Australia. We hadn’t regularly communicated since our Irish adventure, so I embarked on my trip with zero expectations.

I can happily inform you that my gut instincts were correct, and by the end of one week, we’d mutually fallen for one another. Now, telling someone you see yourself falling in love with them in the course of seven days might seem a bit rushed, but allow me to add a disclaimer: travel time is completely unlike real time. Traveling is reality, heightened. Protective barriers you’d normally maintain are quickly knocked down with the knowledge that your time is limited. You open up faster, show your emotions more honestly, and easily cover weeks-worth of getting to know one another in mere days.

So there’s the fairy-tale part. Now, even leaving Sydney, long-distance wasn’t in the game plan. After I tearfully said goodbye at the airport, there was vague mention of a visit to the United States, and an admittance that messaging apps were often difficult. Yet no less than 24 hours after my departure, I received a Snapchat message. “I miss you more than I knew I would.”

And so cue the beginning of my year’s journey into long, long, long distance. 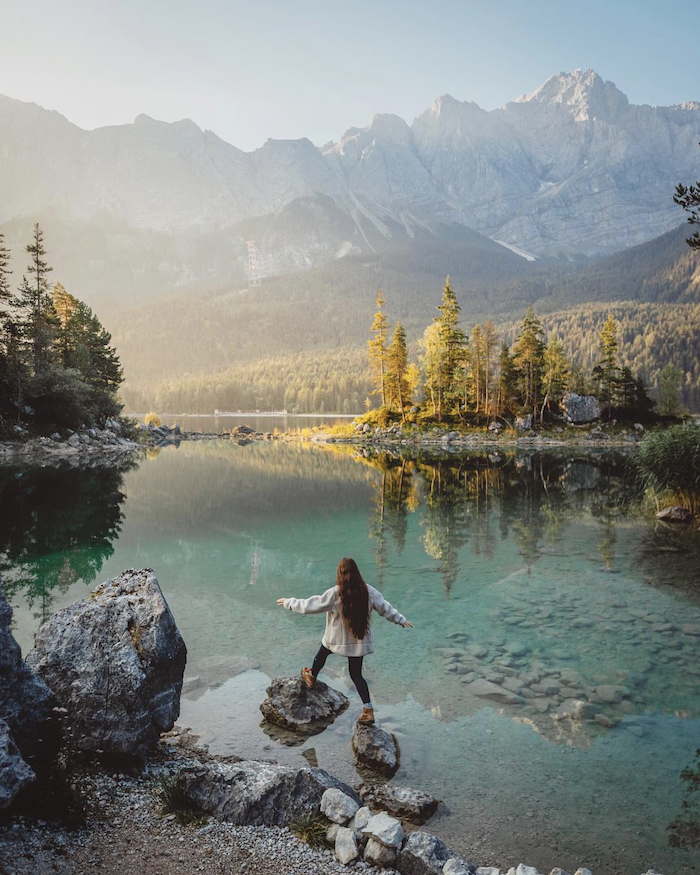 You have to make time for one another

As soon as I returned home, we were talking for hours every day. I probably extended my jet lag by several weeks simply due to how much we continued chatting at what was now 3am. But finally, we fell into a routine. Our hangouts came in the form of FaceTime calls. We’d talk when he was waking up for work and I was going to bed, and vice versa. Missing these windows meant we’d likely have to wait 10+ hours before coordinating a call again. Given this obstacle, I came to value my time with him so much more than I had in previous partnerships, and it taught me to be incredibly present.

There will be some cultural differences to navigate

Turns out there are a lot of differences between even English-speaking cultures, so it was necessary (and fun!) to educate one another. Aside from my tragic mispronunciation of ‘Vegemite’, (their Holy Grail) along with some classic lost-in-translation moments (Aussies have slang for literally EVERYTHING), there were unexpected lifestyle differences we had to be careful not to make assumptions about. For instance, he had no idea most Americans move out of their parents’ homes so young. He initially thought my living alone in the city was an indication that I was way more settled down than I am. (Not even close!)

When the phone is your absolute ONLY means of connection, you learn to get creative. Snapchat became a lifesaver, as sharing pictures not only led to some epic streaks, but kept us feeling included in one another’s daily lives. I had a visual of his world, and he mine. It eliminated some of the frustrating mystery. Beyond that, we got imaginative. I mailed him handwritten notes. We shared a Spotify account, and at random moments, he’d start “DJ-ing” music for me (more often than not involving “WWE: Glorious Domination” which resulted in bursts of laughter from my desk at work). In some ways, this demand for creativity pushed me to connect with a romantic side of myself that I didn’t previously know existed. I loved exploring this facet of my personality, and becoming more creative and openly expressive. 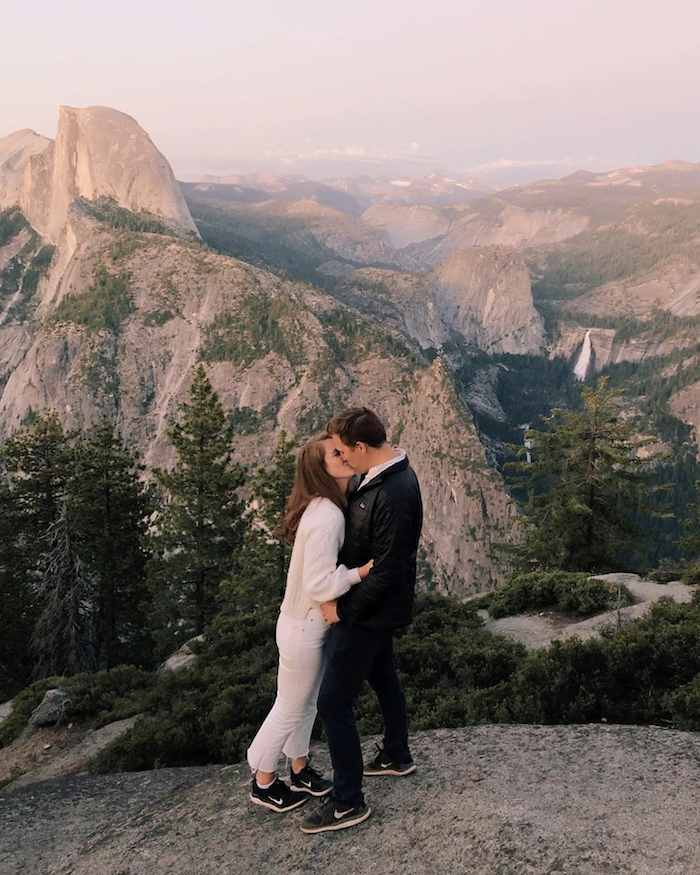 Be prepared for jealous feelings and outside judgment

Saying “I wish you were here” and exchanging flirty messages can only go so far. As much as I appreciated hearing that he’d love to be holding me, in reality, he couldn’t. Trickier yet, 20+ hours of expensive flights meant that a quick weekend trip was an impossibility. Our next visit wasn’t until the end of the year, when he’d be staying with me in Chicago for two months. With such a long wait, and total lack of a physical relationship in the meantime, there was inevitable jealousy on both parts. It was important to familiarize each other with our social circles, since we couldn’t actually meet. It’s nice to share stories about a night out, and feel like you actually know the people they’re talking about.

Furthermore, it can be tiring to explain your situation to friends or coworkers and receive negative responses. Hearing “that’s never going to work out,” while fielding loads of questions about your unique relationship can be incredibly disheartening. Be intentional with who you discuss your relationship with, and always reassure each other how you’re feeling.

You need to have honest communication

That being said, honest communication is an absolute must, and the most important lesson I learned about communication is not to wait. There’s never going to be a perfect time to talk, and this is where we made some mistakes. While we spoke about the future, it was generally vague. He’d mention continuing school near me in the U.S., I’d mention working abroad there, yet none of our plans were ever solidified.

Worse yet, we both thought we should wait to tell until we were in person to tell one another how we fully felt, as we thought this would be more special. In retrospect, when he told me over the phone he’d likely say those three words when he got off the plane, I wish I’d replied — say them now! Life changes too much to not to say what you’re feeling in the moment.

Most of the time, we know when something doesn’t feel right, yet we choose to hide from our intuition. Or at least, that’s what I did. While I understood our situation was confusing and difficult, I wish I’d demanded full honesty sooner. For months, I noticed he untagged himself from photos that a particular female friend posted with him. While I (correctly) suspected this was an attempt to hide her from me, I failed to demand an explanation that would’ve saved me a lot of anxiety and hurt in the long run. I learned the hard way that avoiding painful conversations won’t make them hurt any less. 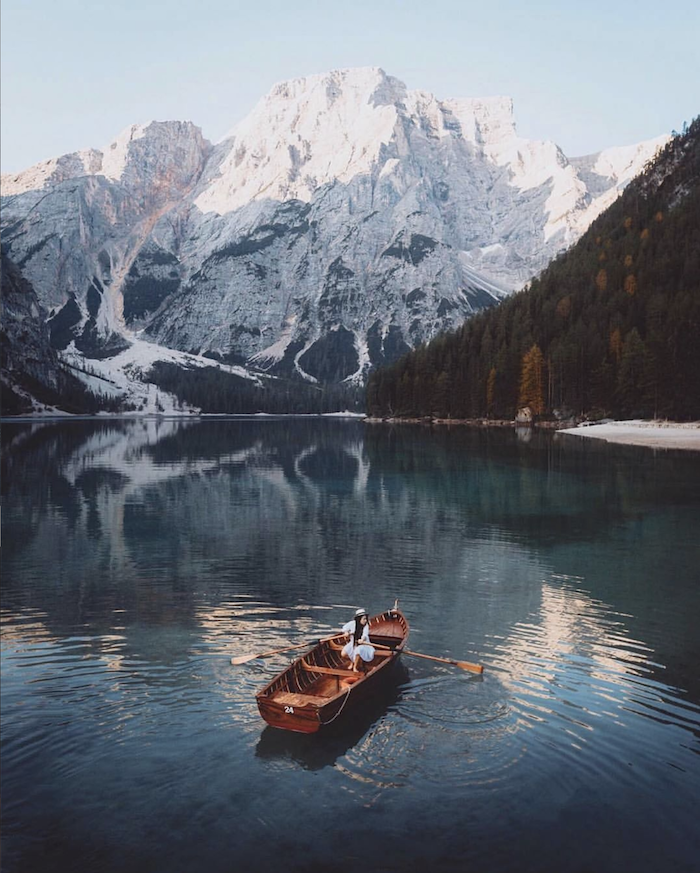 Our in-person visit finally came after Christmas, and I’ll never forget how hard my heart was pounding as I leapt out of the cab at O’Hare’s international terminal. He’s on the other side of those doors, I reminded myself. It felt too surreal to be true. Yet there he stood, wearing a hilariously inadequate winter jacket, and looking at me with the same piercing blue eyes I’d gazed at through a phone screen for 10 months. 10 months of making me laugh each night before bed, sharing all the big and small moments of our days, and daydreaming about simply being together had finally led to this point.

I was surprised to find that seeing someone after a year doesn’t immediately result in the Hollywood, run-and-jump-into his arms reunion. Instead, I found myself in a bit of a state of shock. I remember him asking why I didn’t kiss him right away, and the truth was, I had so much built up emotion, I could barely speak!

Over the next two months, there were some difficult conversations that I wished had happened sooner, but we were still able to explore the romantic relationship we’d dreamed of all year. In the end? While he admitted he was still in love with me, he couldn’t continue long distance. This time, we were both crying at the airport.

Saying goodbye to someone you’re still in love with is confusing — almost as confusing as maintaining an intimate relationship while on separate continents, 10,000 miles way. But without these unique circumstances, I’m not sure I would’ve ever had a chance to learn so much about myself, or discover wonderful new facets of love and relationships. I didn’t get the happy ending I’d hoped for, but because I was brave enough to explore what so many considered impossible, I got a more incredible story than I could’ve imagined on that gloomy bus ride leaving the Irish countryside.