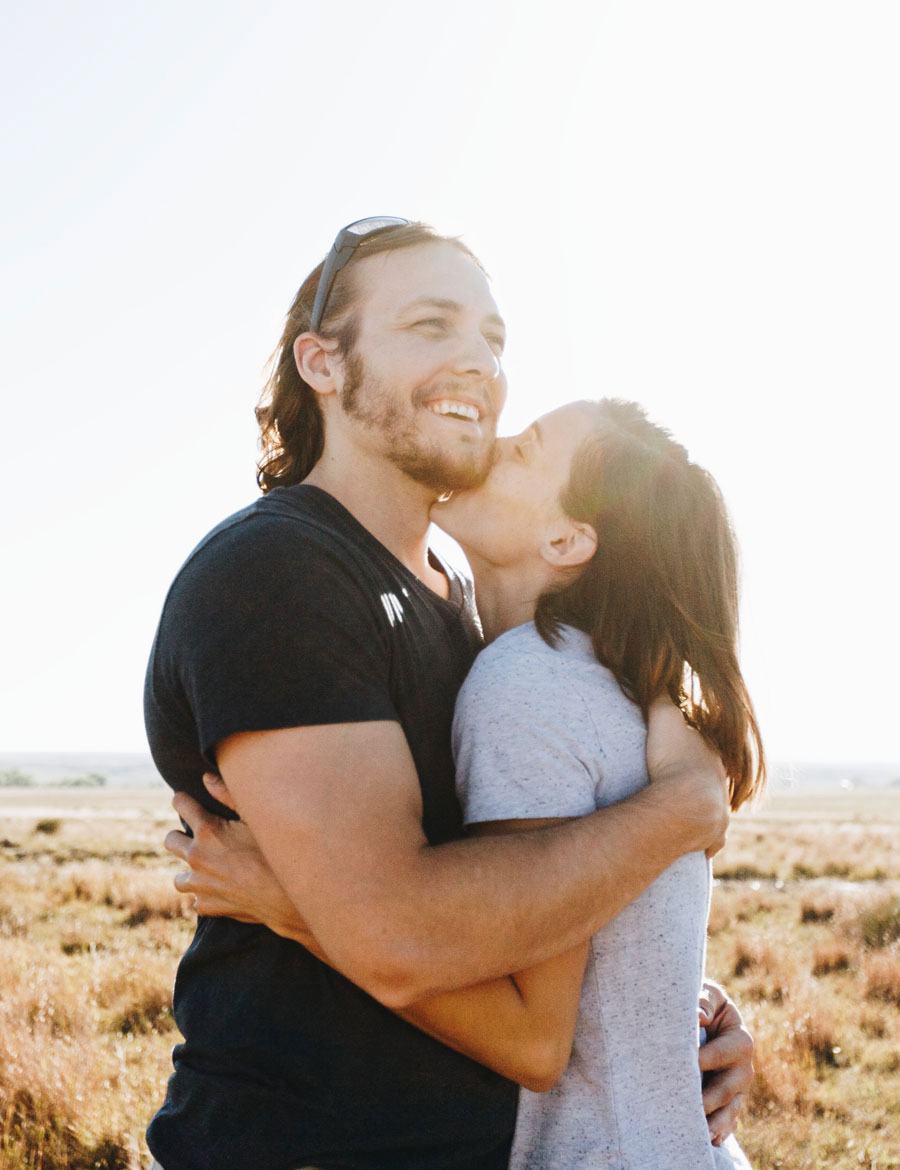 Love: it’s a universal word; a word we all hope to understand and seek to find it. The search for “our person” has seeped into our minds and hearts, and when we finally find that person, we want to hold on as tight as we can, even if “our person” is thousands of miles from us. The taboo of long-distance relationships may be a bit behind us, but they can still appear scary. According to The New York Post, only 58 percent of long-distance relationships succeed, so I set out to find part of that success rate and ask them how they do it.

In the days of FaceTime, texting, and social media, technology has provided people with a more natural way of correspondence. The days of letter writing may be behind us (well, hopefully not entirely), but it has helped romance step up. Our handy dandy phones keep us in constant contact with the world, especially our significant other. Leslie Allen from Los Angeles texts Levi, her fiancé, almost every hour on the hour. He lives in Chicago, and the two have been long-distance for nearly two years now. With the hectic day-to-day of adulting with careers, texting is an excellent way to check in with each other, or even have a full-on conversation. Leslie says that she can tell from the text of a “hi” what kind of day he is having.

Trust and communication are the foundations of a relationship; if there isn’t trust, there’s nothing. But when your partner is miles away, how do you stop your mind from playing tricks on you? Jealousy can take hold of even the best of us, and then the insecurities set in. “I get jealous,” Olena Voloshchuk, a college student in Ohio, said. Her fiancé, Ebrahim, lives in Los Angeles. “But I trust him a lot,” she added. “I really trust him. It’s more of a joke than real, but if there’s an issue, I tell him straight upfront.” Because they’re long-distance, they need to have faith in each other’s character and moral compass. Without that, the relationship won’t last.

“Pay attention, mean what you say, stay present, and want all the best things for your partner.”

What happens to emotional connection?

Intimacy is another factor that hinders couples from continuing if they need to live apart. My mother says that my generation is apt to push the physicality of a relationship into gear a bit faster than hers, the baby boomer generation. According to Business Insider, millennials are more likely to think that premarital sex is OK than the boomer generation. And yes, physical intimacy is essential in a relationship, but can a couple’s passion cause them to ignore red flags? “Our generation tends to let the physical connection and intimacy propel a relationship, so four or five months down the line, the couple hasn’t gotten to know each other, and maybe don’t know the important things about one another,” Alice Paxton, who lives in Los Angeles, while her partner Jay lives in Atlanta, said. “Couples aren’t always forced to connect emotionally.”

Emotional intimacy forces intense levels of conversation and trust to propel the relationship forward. Alice and her fiancé, Jay, FaceTime every night while she is cooking dinner. “We check in. We hear about each other’s day. The good and the bad,” said Alice. The two have been apart for almost two years due to their careers. Alice and Jay have a rule: three weeks is the longest time they will go without seeing each other. The couple has traveled to multiple countries together, making the adventures a massive part of their love story.

None of these couples wanted to be separated by so many miles; they have to be due to careers and education. They all agree that it would be so much more comfortable living in the same city, but right now, that isn’t their reality.

Day-to-day tasks are so important

But not every couple can do that—gas and plane tickets are very expensive; some only get a few days together at a time. The best advice I have gotten from couples that only get a short amount of time together is to go through the day-to-day while in the same city. Yes, that means they go to work. Leslie and Levi said they needed “boring Mondays” when they would finally be in the same city together. The “boring Monday” helped them to drive each step of their relationship forward.

Get creative with date night

I also learned that these couples have also found ways to have date nights while being away. “A hug. It matters,” Leslie said. But when you can’t get the physical touch, there needs to be another way to feel close. Leslie and Levi watch RuPaul’s Drag Race together. They will FaceTime and set their phones next to them as though they’re watching side by side, as if they are in the same room together. Olena and Ebrahim will enter the virtual reality (VR) world together. Gaming is important to them because they each then feel as if they are part of each other’s day.

Leslie and Levi watch RuPaul’s Drag Race together. They will FaceTime and set their phones next to them as though they’re watching side by side, as if they are in the same room together.

None of these couples wanted to be separated by so many miles; they have to be due to careers and education. They all agree that it would be so much more comfortable living in the same city, but right now, that isn’t their reality. They have each decided to make their relationship their definition of normal. “It isn’t normal,” Alice explained. “But what is normal? Normal is what we feel comfortable with. It was perfect for what I needed, and it forced me to really get to know him.” Is there a “normal” nowadays? Modern love has changed its dynamic in terms of how we view relationships. Being apart has become routine for these couples.

I lastly asked the women if they had any advice for anyone heading down the path of long-distance. Each one of them laughed and said, “Don’t do it!” But then each one smiled and gave some wisdom. “Pay attention, mean what you say, stay present, and want all the best things for your partner,” Leslie said with a grin.

Is there a “normal” nowadays? Modern love has changed its dynamic in terms of how we view relationships. Being apart has become routine for these couples.

Ultimately, your relationship has to work for you

“Don’t let the idea of ‘normal’ dictate your relationship,” Alice said. “It’s hard, expensive, and frustrating. If that person isn’t who you call first with bad news; the first person you think to tell for good news, they aren’t your person. They aren’t your best friend. Jay is mine. He’s home.”

“I just knew he was the one. The one I wanted to spend the rest of my life with,” Olena said, “it’s hard being apart, but yet with him, it’s easy. You just have to make it work.”

While long-distance may not be ideal for many couples, these three have all chosen to keep fighting for their relationship and fighting for each other, even being so far apart. And each of them has made it work. Heck, it’s leading each of these women down the aisle.