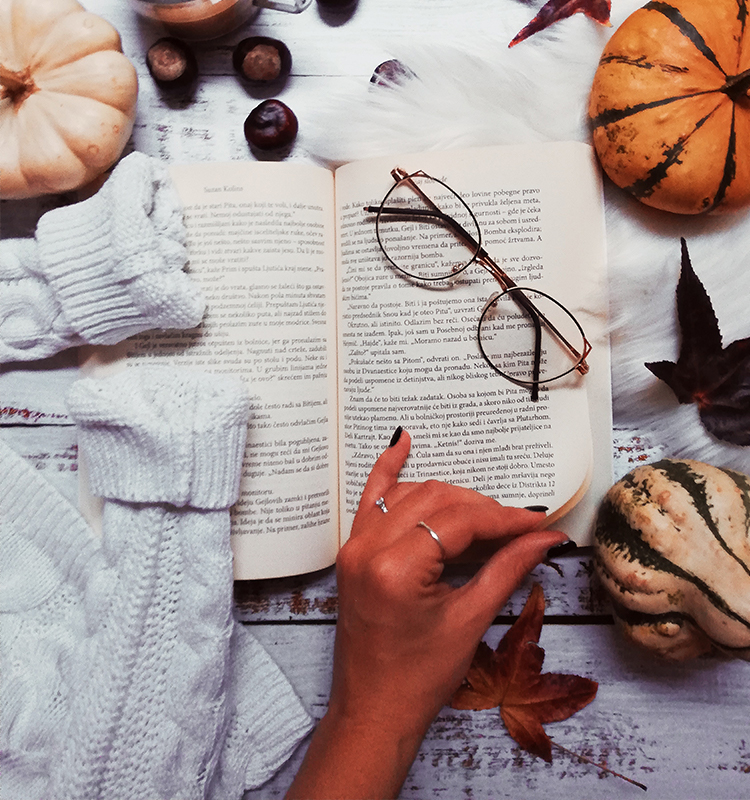 The beginning of fall means making a few essential purchases: at least one new candle, a collection of sweaters, and a stack of new books to curl up with as it finally starts to get chillier outside. The best way to recreate the back-to-school energy that we all know and miss around this time of year? Bulking up your to-read list, of course. Whether you’re looking for a spooky thriller to match the season or you’re more of a memoir person, fall is the best time of year to get in touch with your bookish side.

We’ve turned to Goodreads, a site where readers can rate and review all kinds of books, to find the new reads that most users have marked as their favorites. These are the new books this fall that Goodreads readers are obsessed with—and you will be, too. 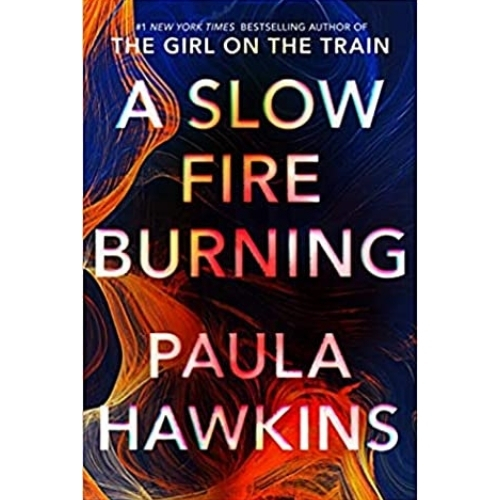 A young man is found gruesomely murdered in a London houseboat, triggering questions about three women who knew him. Laura is the one-night stand last seen at his home, Carla is his grief-stricken aunt, and Miriam is the nosy neighbor. These three women, simmering with resentment, are burning to right the wrongs done to them. 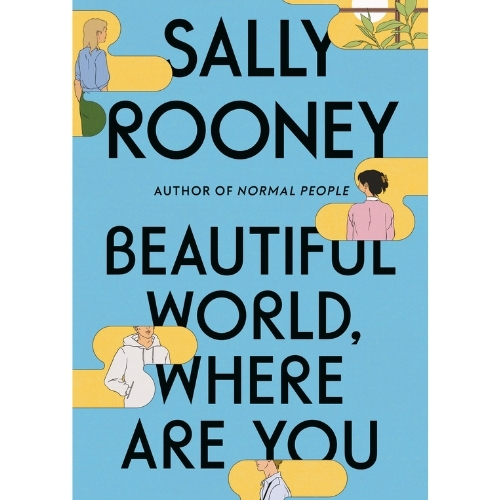 Beautiful World, Where Are You

Alice, a novelist, meets Felix and asks him if he'd like to travel to Rome with her. Her best friend, Eileen, is getting over a breakup and has reignited a flame with her childhood friend Simon. These four young people get together, break up, worry about their friendships, and look for a more beautiful world. 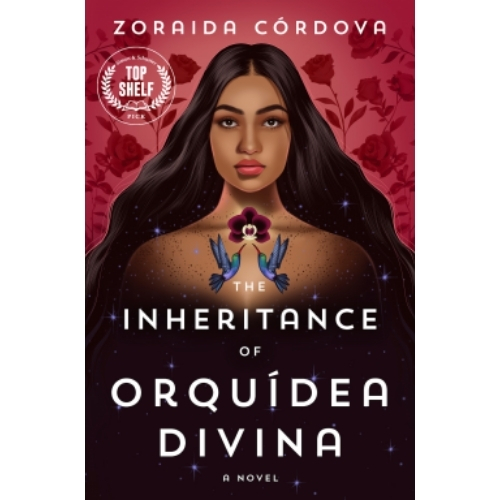 The Inheritance of Orquídea Divina

Seven years after the funeral of the matriarchal Orquídea Divina, her gifts have manifested in different ways for the Montoya family, granting them unexpected blessings. When a hidden figure begins to tear through their family tree, they are determined to save what's left of their family and uncover the truth behind their inheritance. 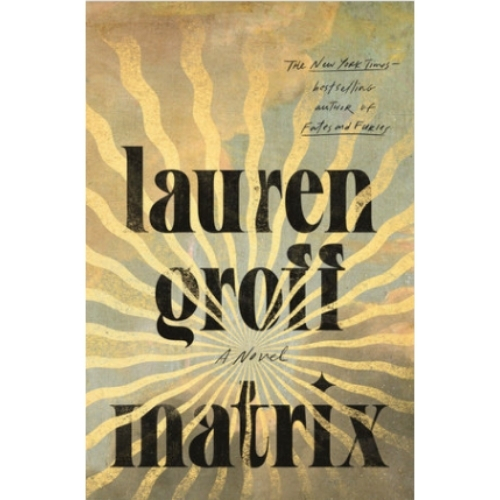 17-year-old Marie de France is sent to England to be the new prioress of an impoverished abbey. Marie finds focus and love in the collective life with her singular sisters and is determined to chart a bold new course for the women she now leads. 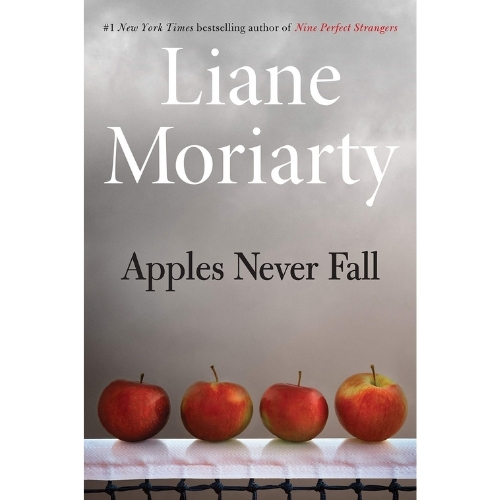 The Delaneys are fixtures in their community. The parents, Stan and Joy, are the envy of all of their friends: killers on the tennis court with palpable chemistry. When Joy goes missing, two of the four Delaney children think their father is innocent—and two are not so sure. 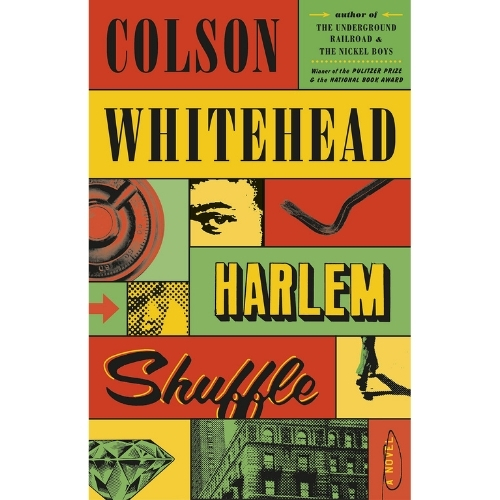 To his customers and neighbors on 125th street, Ray Carney is an upstanding salesman of reasonably priced furniture, making a decent life for himself and his family. Few people know Ray's services are now the fence for a crew who plans to rob the Hotel Theresa. 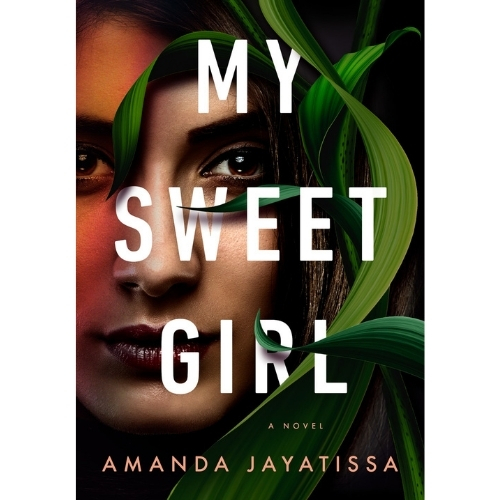 At 30 years old and cut off from her adoptive parents' funds, Paloma decides to sublet the second room of her apartment to Arun, who recently moved from India. When Arun discovers Paloma's darkest secret, she finds him face down in a pool of blood and is terrified that this is all somehow tangled up in the actions she took to escape Sri Lanka so many years ago. 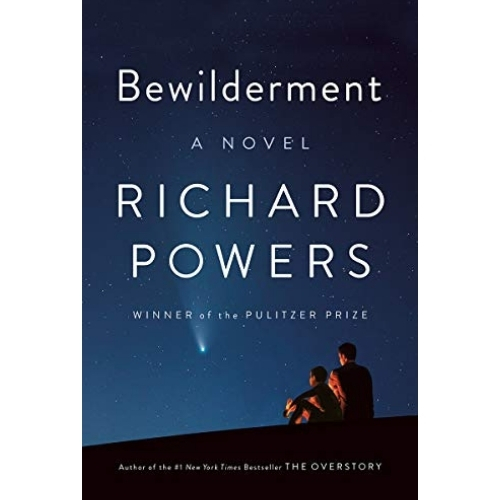 Astrobiologist Theo Byrne searches for life throughout the cosmos while raising his unusual 9-year-old, Robin, following the death of his wife. Robin likes painting elaborate pictures of endangered animals and is also about to be expelled from third grade. In order to keep Robin stable, Theo learns of an experimental neurofeedback treatment, one that involves training the boy on the recorded patterns of his mother’s brain. 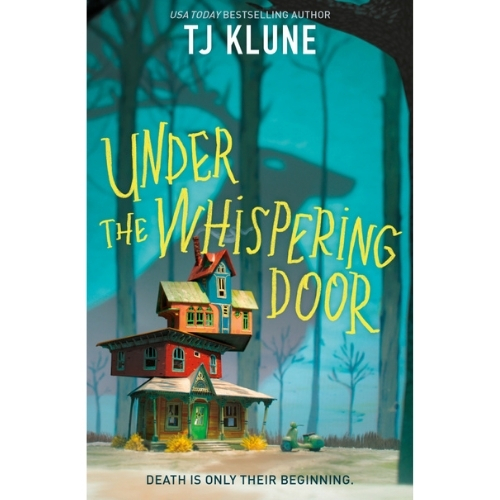 Under the Whispering Door

When the deceased Wallace Price is taken to a small village in the mountains, he meets Hugo, the owner of a tea shop and the ferryman to souls who need to cross over to the afterlife. When the powerful Manager arrives at the tea shop and gives Wallace one week to cross over, Wallace sets about to live a lifetime in seven days. 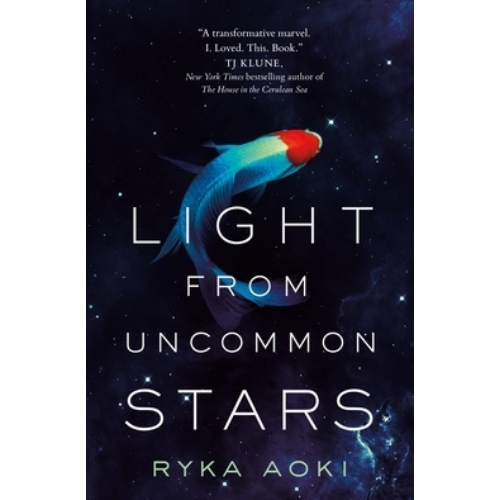 Shizuka Satomi made a deal with the devil: To escape damnation, she must entice seven other violin prodigies to trade their souls for success. When Katrina Nguyen, a young transgender runaway, catches Shizuka's ear, she can almost feel the curse lifting. That is, until she meets Lan Tran, whose kind smile might just break her curse. 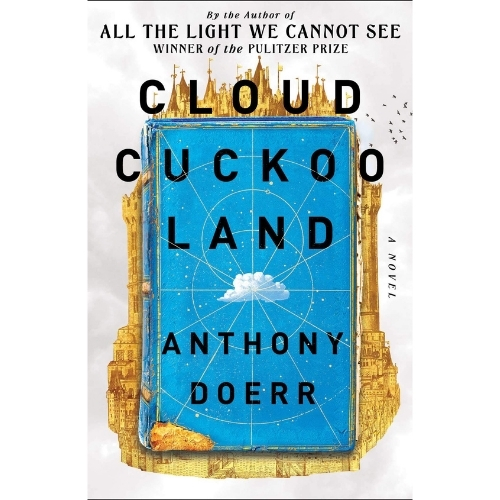 In the ancient city of Constantinople, 13-year-old Anna reads the story of Aethon, who longs to turn into a bird so he can fly to a utopian paradise in the sky. 500 years later in Idaho, Zeno creates a play adaptation of Aethon's story. In the not-so-distant future, on an interstellar ship, Konstance is copying the story of Aethon by memory. 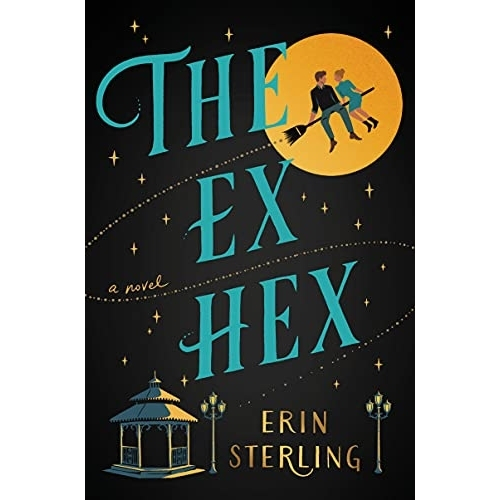 Nine years ago, Vivienne Jones nursed a broken heart with a curse on her horrible boyfriend. When her ex Rhys Penhallow returns to Graves Glen, Georgia, the town is suddenly under attack from murderous wind-up toys and a talking ghost. Vivienne and Rhys must find a way to break the break-up curse before it's too late. 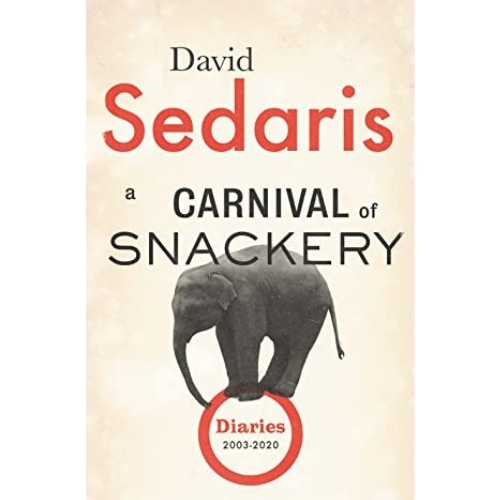 There's no right way to keep a diary, but if there's an entertaining way, David Sedaris has mastered it. The entries here reflect an ever-changing background: new administrations, new restrictions on speech and conduct. What you can say at the start of the book, you can’t say by the end. 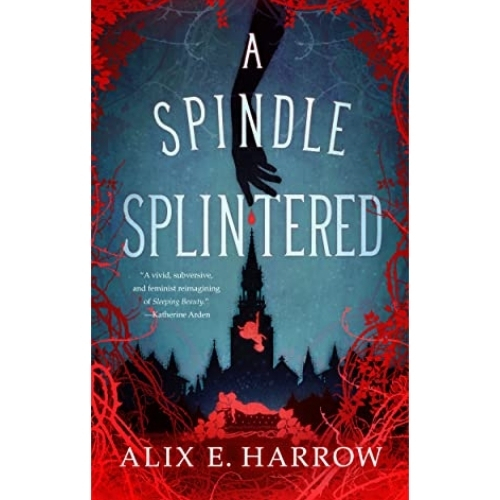 Zinnia Gray's 21st birthday is special because it's the last she'll ever have; no one with her mysterious illness has ever lived past 21. When she pricks her finger on a spinning wheel, Zinnia finds herself falling through worlds, desperate to escape her fate. 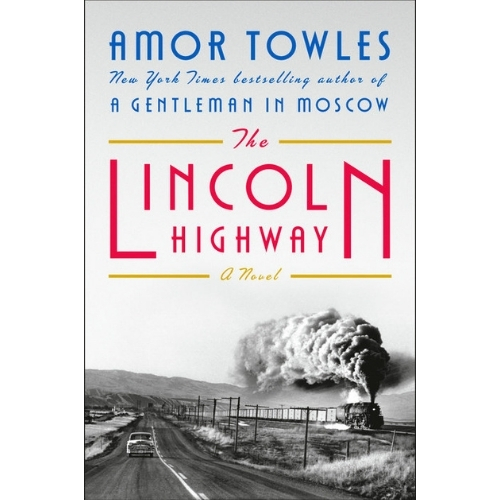 In June 1954, 18-year-old Emmett Watson is driven home to Nebraska by the warden of the work farm, where he has just served a year for involuntary manslaughter. To his surprise, two friends from the work farm have hidden themselves in the trunk of the warden’s car. 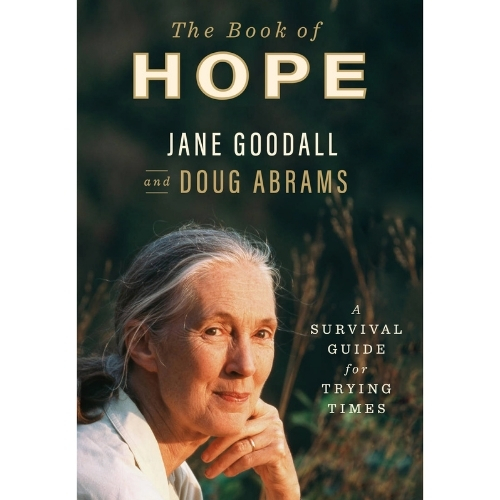 The Book of Hope: A Survival Guide for Trying Times

Jane Goodall and Doug Adams explore one of the most sought after and least understood elements of human nature: hope. The Book of Hope touches on vital questions, including "How do we stay hopeful when everything seems hopeless?" and "How do we cultivate hope in our children?" 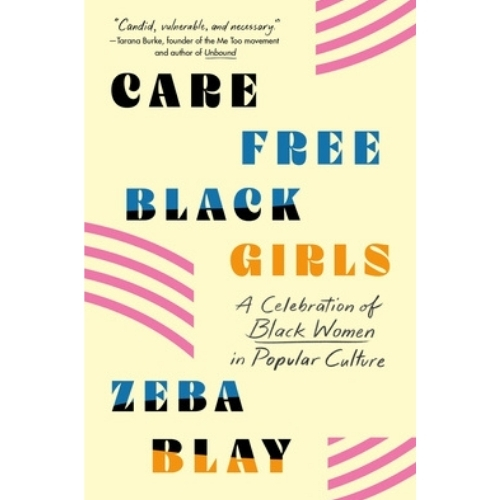 In 2013, Zeba Blay coined the viral term "carefreeblackgirls" on Twitter, as, in her words, "a way to carve out a space of celebration and freedom for Black women online." In this collection of essays, Blay expands on that idea by looking through at the significance of influential Black women throughout history. 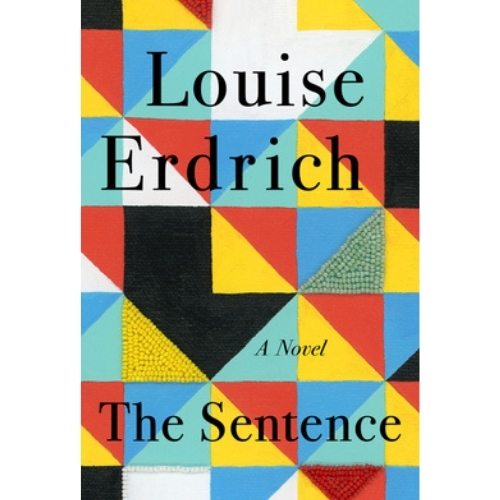 A small independent bookstore in Minneapolis is haunted from November 2019 to November 2020 by the store's most annoying customer. Tookie, who has landed a job selling books after years of incarceration, must solve the mystery of this haunting. 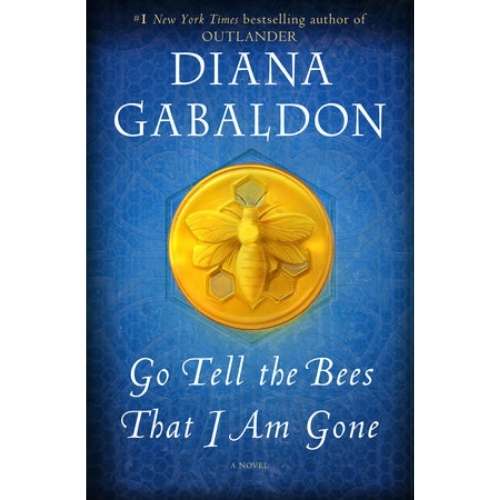 Go Tell the Bees That I Am Gone

In 1779, Claire Randall and Jamie Fraser reunite with their daughter, Brianna, her husband, Roger, and their children on Fraser's Ridge. In the face of the Revolutionary War, the family questions whether risking the perils of the 1700s was indeed a safer choice for their family than the dangers they escaped in the twentieth century. 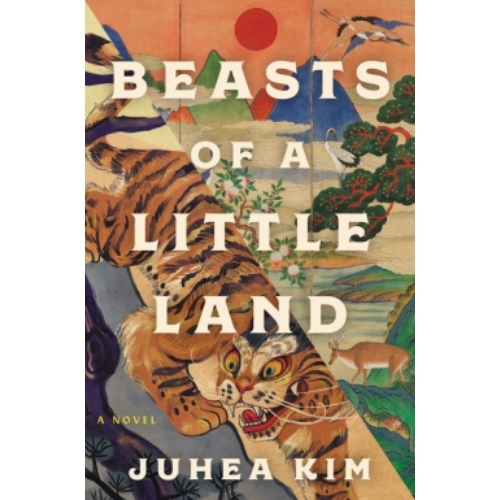 Beasts of a Little Land

In occupied Korea, a young girl named Jade is sold by her family to Miss Silver’s courtesan school, cementing her place in the lowest social status. She befriends an orphaned boy named JungHo, and as the two come of age, Jade must decide whether she will risk everything for the one who would do the same for her. 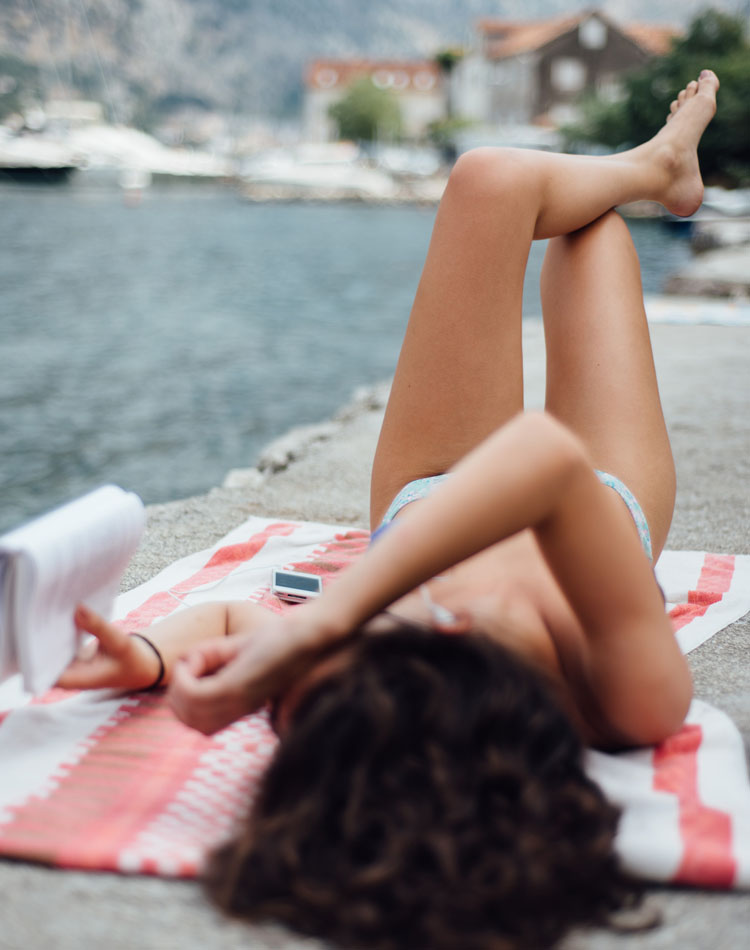