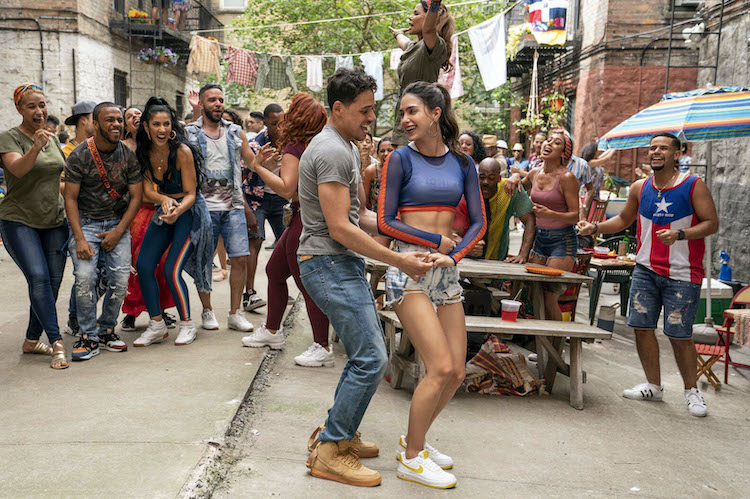 Name a better night in than stocking up on your fav snacks, cozying up on the couch, and being able to watch a just-released HBO Max movie without leaving your home. We’ll wait. We’re not talking about movies that have been around for a few months that decide to grace your home screens after internet spoilers have ruined your chances of an innocent movie experience. This time is different.

Here’s what you need to know: This year, HBO Max and Warner Bro’s have teamed up to bring us original movies that are released on the streaming service on the same day as they are available in theaters. This highly unusual hybrid release strategy is setting the tone for blockbuster movie releases, and we’re here to reap the benefits.

This summer, HBO Max is releasing six brand-spanking-new movies that will be available for one month past their release date. No theater, overpriced concessions, or stranger’s feet hovering over your headrest required. Mark your calendars because these HBO max movies are going to change the way you experience the movie industry forever:

1. The Conjuring: The Devil Made Me Do It

OK, hear me out. The Conjuring saga is just not my thing. Knowing that it is based on true stories absolutely chills me to my core and will leave me an insomniac months after I watch an installment (lesson learned). But if supernatural horror movies are your thing, you’ll be excited about this one and I will support your movie-watching endeavors wholeheartedly. This film serves as a sequel to 2013’s The Conjuring and 2016’s The Conjuring 2 and is the eighth feature in the franchise.

A musical drama about a vibrant community in New York’s Washington Heights neighborhood is exactly the type of movie that I need in my life at this very moment. Give me all of the brightly painted scenes, mid-sentence harmony, and cheeky, synchronized choreography. I am here for it. Knowing that this movie was directed by Jon M. Chu (Crazy Rich Asians) and features music by Lin-Manuel Miranda (you know, the musical genius responsible for Hamilton) has me (im)patiently counting down the days for this release.

The long-awaited sequel of the OG Space Jam starring LeBron James is finally upon us and near ready to be featured on our home screens. Whether you are a fan of LeBron or not, you have to admit—it’ll be interesting to see how this remake lives up to the hype of the first. In this live-action comedy sports film, LeBron teams up with the Looney Toons to defeat the Goon Squad and save his son. One watch of the trailer and I’ve added it to the top of my summer watch list.

Trust me, you read that right… but wait! It’s not quite what you think! You may remember our girl Harley Quinn and the rest of The Suicide Squad from the 2016 film Suicide Squad. Whether you liked the 2016 movie or not is irrelevant because, even though Margot Robbie is gracing us once more as Harley Quinn, this 2021 standalone sequel with the careful addition of The in the title boasts an entirely new cast (Idris Elba, John Cena, Viola Davis, and Pete Davidson, just to name a few) and a different director. And let me tell you—it looks so freakin’ good.

Science-fiction, drama, thriller, Hugh Jackman. What more could we ask for in a movie? This highly-anticipated summer release tells the tale of Nicolas Bannister, a Miami-based veteran. When he discovers a technology that allows humans to relive their past memories, he uses it to search for his long-lost love, Mae. But when that same technology connects Mae to a series of violent crimes, Bannister is forced to face the truth of the woman he fell for. Hugh Jackman’s voice alone is a reason to add this to my watch list but I guess the plot seems kind of interesting, too.

HBO Max will round out its summer release schedule with Malignant, an American horror-thriller film directed by James Wan (you know, the guy who also directed Saw IV, The Conjuring, and Insidious) starring Annabelle Wallis. While the plot widely remains a mystery, we do know that it received an R rating for “strong horror violence, gruesome images, and for language.” When I say I had to stop this trailer because I was too freaked out, I’m not kidding. Sorry in advance if it ends with a clip of Rick Astley’s Never Gonna Give You Up. I just can’t bear to get through it.