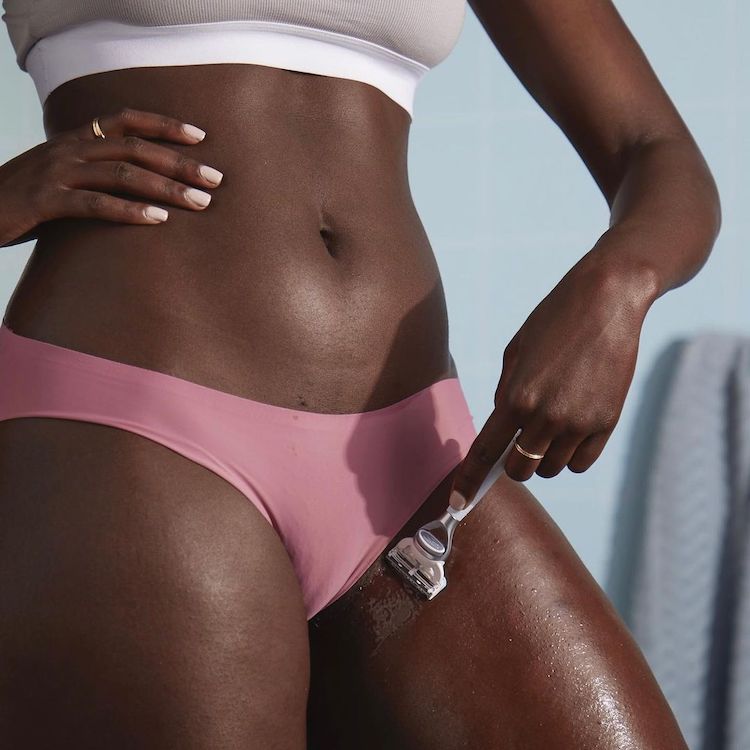 As much as I love the sunshine, the beach, and every rooftop bar in sight, the maintenance that comes with summer is not my favorite thing in the world. Shaving, for me, is basically the worst of it, so I’m constantly searching for saving tips. First of all, it takes FOREVER. I personally choose to shave my legs, arms, and bikini line in the summer, so I’m basically in the shower for three hours on a shaving day. Then, I get sick of shaving for so long—so I skimp and rush and end up cutting myself, making my shower a bloody mess. But shaving doesn’t necessarily have to be a giant production. We’ve rounded up our favorite tips to save you time, stress, and band-aids.

1. Don’t be afraid of men’s razors

As much as I love my favorite Venus razor, sometimes I just want something that will do the job a little quicker and more efficiently. That’s where a men’s razor comes in. The blades in a men’s razor are packed a little tighter than in a women’s razor. Think about it: men sometimes have some thick beard hair, and this thing is meant to go on their faces. They need something powerful but also gentle and nick-proof. Men’s razors can also be easier to use, as they’re meant to navigate the contours of the face. It’ll glide perfectly around the knees and ankles. 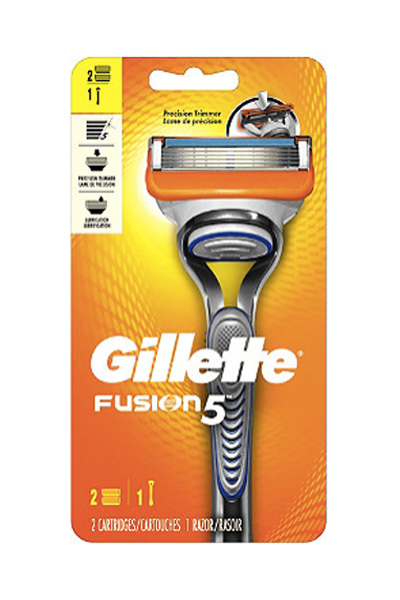 Disposable razors can be fine, but this razor is a lifesaver when I’m traveling or just need to shave under my arms quickly before a night out. I thought it might be really gimmicky at first, but this razor has changed my life. Surrounding the blades is a cream made of coconut milk and almond oil that eliminates any need for shaving cream (seriously, it’s magic). The four blades get a close shave, and the design is so easy to glide across the skin. You need this. 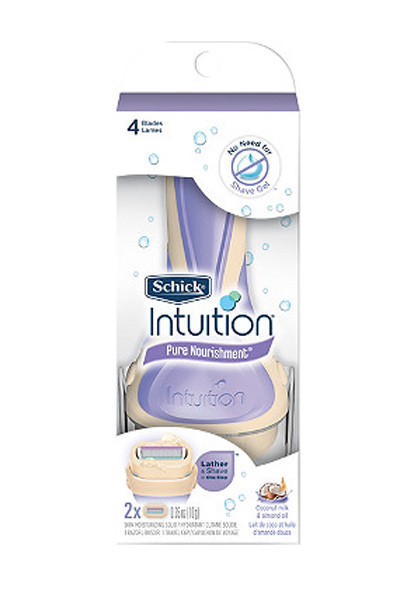 3. Use specific tools for your bikini area

Shaving my bikini area used to be an hour-long event, but with this, I’m out the door and heading to the beach ASAP. 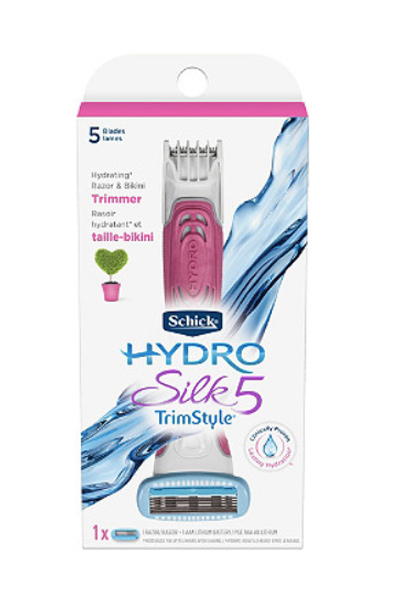 This razor is GENIUS for the bikini area. One side is a five-blade razor that works beautifully on your legs and underarms as well. The real magic is in the other end of the razor though, which is a built-in trimmer that can be used in the shower. 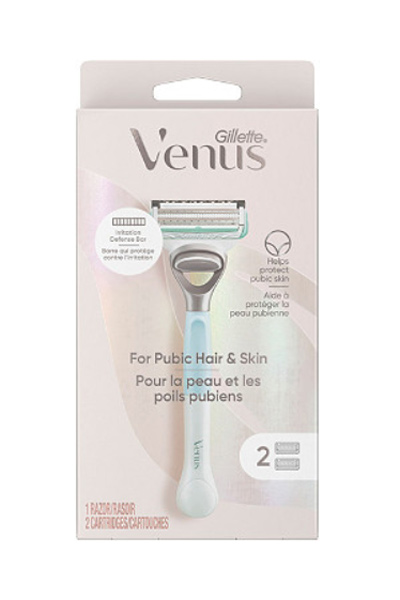 Venus pulled through with the first razor designed specifically for pubic hair (and they're not afraid of calling it what it is: pubic hair!). Editor-tested and approved: this razor is sharp as hell without worrying me that I'll cut myself in the absolute worst place to cut myself. Unlike other razors, I experience no irritation with this. Game-changer. 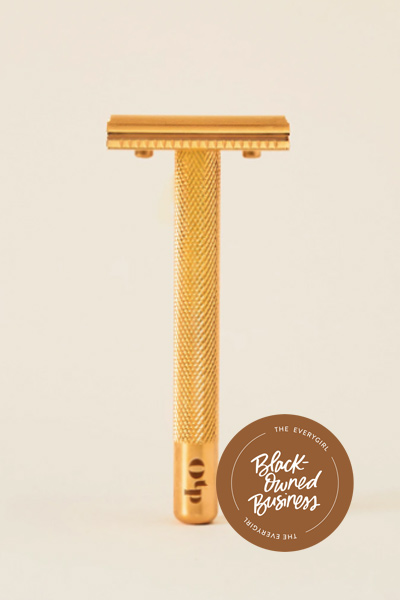 If you find every razor leaves you irritated with nicks and ingrown hairs, a safety razor like this one might be your best one. It's ultra-gentle, but still gets a close shave.

4. No shaving cream? Put down the soap

Soap is the WORST thing you can use if you want soft skin after the shave. Not only is soap a lot more drying on the skin, generally a body soap contains ingredients that will dull the blades on your razor. Conditioner, coconut oil, a thick body cream, or body oil work so much better in a pinch, without the risk of ingrown hairs, nicks, and cuts. When you do have shaving cream, I say go for one that’s thick in consistency rather than in a gel formula. Those generally moisturize while you shave, leaving you extra soft. 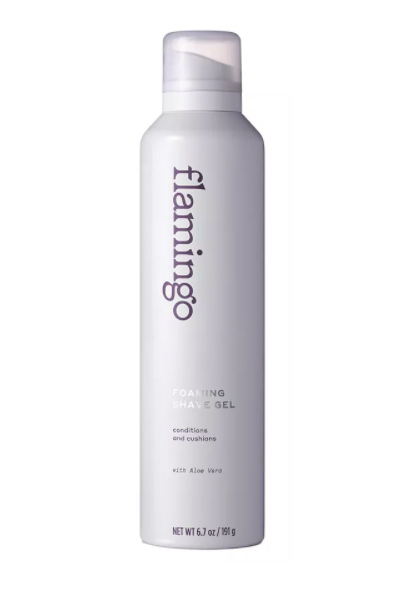 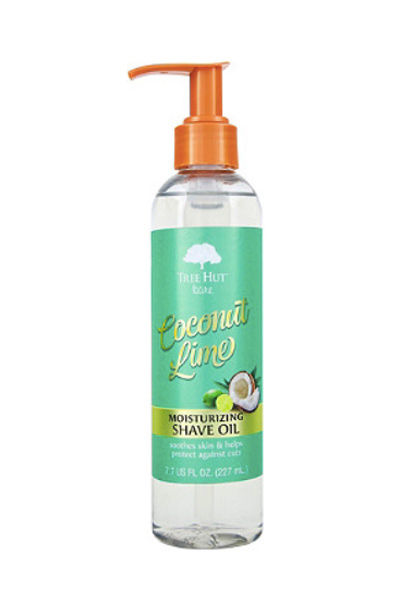 This is a pretty well-known tip, but it has to be said. I do this every time I shave, and not only does it make my skin feel like a baby’s bottom, but it also gets rid of all that dead skin that’s preventing me from getting the closest shave. My favorite method of exfoliating is using a sugar scrub because it’s quick, easy, and makes the least mess. 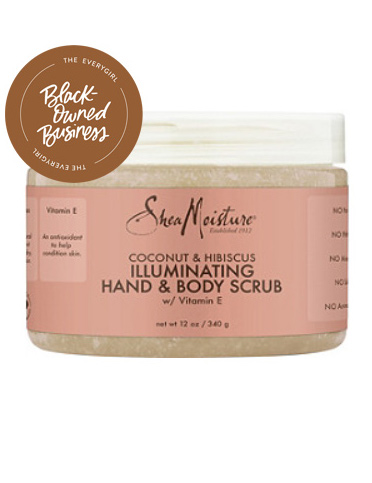 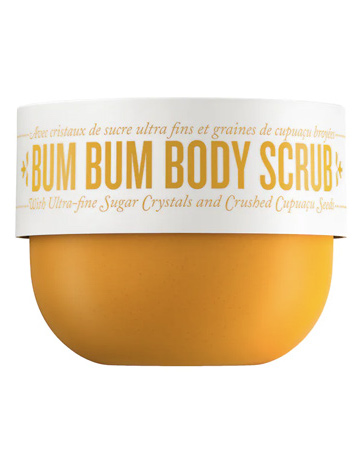 6. Shave at the end of your shower

Since I first learned how to shave my legs, I’ve been shaving as I leave my conditioner on for the 2-3 minutes the package says. However, one of the best tips I’ve learned (especially for shaving my bikini area!) is to have my shaving be the last step in my shower. The hot water and steam from your shower are slowly opening up your pores and cleansing the top layer of your skin, so shaving after the steam has had a chance to do its thing makes sure you’re getting as close as possible to the hair follicles. It also makes sure there’s absolutely no dead skin, dirt, or grime that could be clogging the razor, which could eventually dull the blades quicker than normal.

8. Shave east to west on your knees

The number one place I’m prone to accidentally cutting myself with my razor is my knees. The key, however, to getting the closest shave on your knees is to shave in multiple directions rather than just up and down. If you’re shaving east to west, make sure that your knee is bent to prevent any nicks. Then, straighten your knee and shave in the direction of the hair growth to get any strays you might have missed.

9. Use short strokes to prevent cutting yourself

Another way to prevent cuts is just simply by going more slowly. Rather than shaving all the way up the leg in one swipe, shave in short strokes. This also helps you catch every last hair and prevents you from having to go back and do more strokes that cause irritation.

Keeping your razors clean is key to making sure they last long (get your money’s worth!), and you’re also making sure you’re not putting something covered in bacteria onto your skin. Gross. This starts right after you finish shaving by holding your razor under hot water for about 5-10 seconds and checking there isn’t hair stuck in any of the blades. You can also rinse with some rubbing alcohol to make sure the blades are sterilized. Then, dry your razor with a towel, toilet paper, or paper towel. If water sticks to the blades, it can cause them to rust, which we definitely don’t want. In a hurry? Hit it with your blow dryer.

As soon as I get out of the shower on a shave day, my arms, legs, and bikini area are immediately covered in a thick cream that will reduce the redness, prevent itchiness, and smooth my skin. Moisturizing right after a shave adds the moisture back into the skin that you took away from all the exfoliation. My favorite trick is to use an in-shower lotion right after I turn my water off, and then I top it with my favorite body moisturizer. You’ll be glowing. 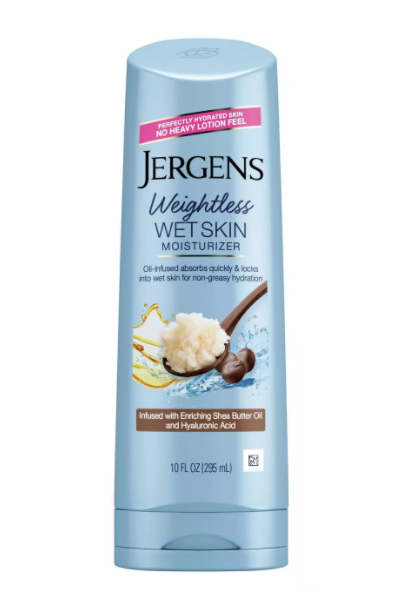 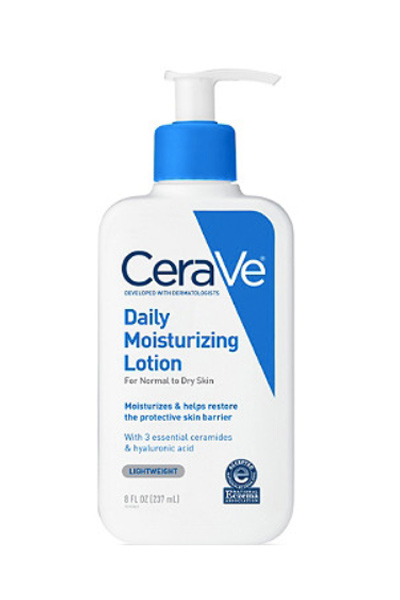 Razor burn is the WORST way to kill my post-shave vibe. (You know what I’m talking about right?! The feeling after you shave when you feel like you just accomplished the biggest task on your to-do list and your skin is so smooth you just want everyone to touch it?) My favorite way to prevent this is with a little bit of tea tree oil. Not only is tea tree oil incredible for acne, but its antiseptic and antibiotic properties can also alleviate irritation from your shave. Rub a small amount on the areas you’re prone to razor burn right after shaving before you moisturize, and you should be smooth sailing. 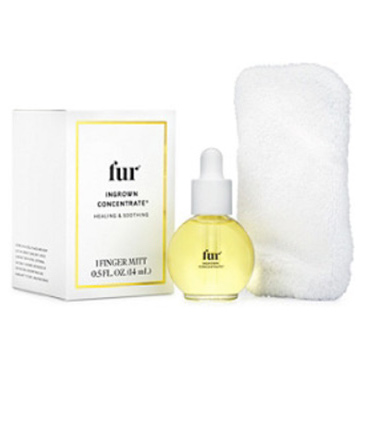 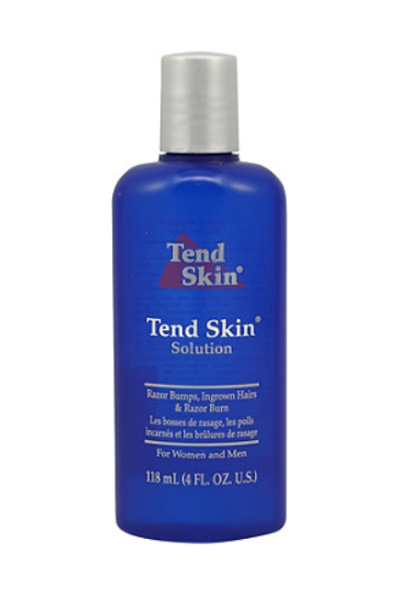 This product went viral on TikTok for being the best solution for razor burn, and it has over 6,200 reviews.

13. Protect from the sun

Don’t let the post-shave high distract you from this crucial step. After shaving, your skin is supple, exfoliated, and your pores are ready to take on the day. Therefore, your skin is really sensitive to the sun. I know you know to put sunscreen on your face, but it’s just as important on the rest of your bod. 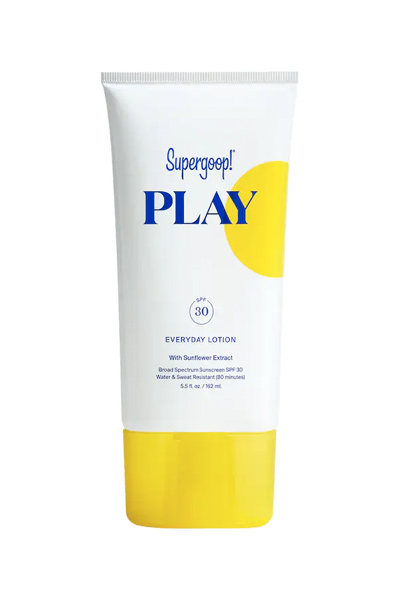 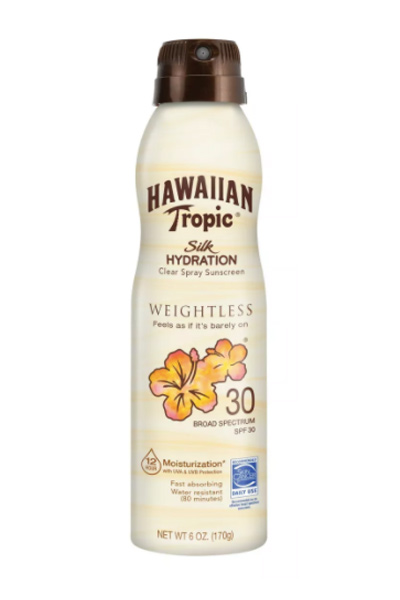 The bathroom is the most humid, bacteria-collecting area of your home, and the last thing you need is your razor blades collecting any of that. The easy way to store blades is in a zippered bag away from any type of moisture, but you could also opt to keep them out of the bathroom altogether.

15. If all else fails, laser hair removal!

I wish I could say the temptation of laser hair removal doesn’t get to me. Yes, shaving is inexpensive and relatively easy, but sometimes, you just need the reassurance that you’ll never have to shave your bikini line again. 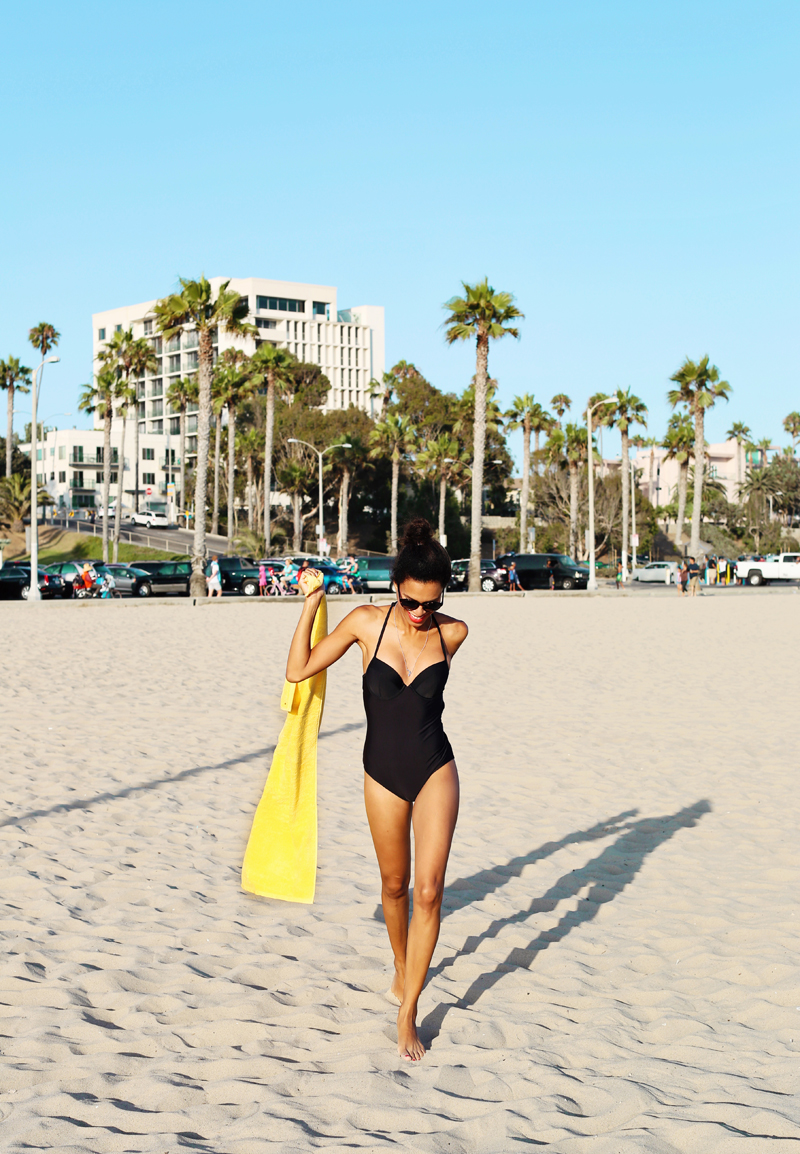