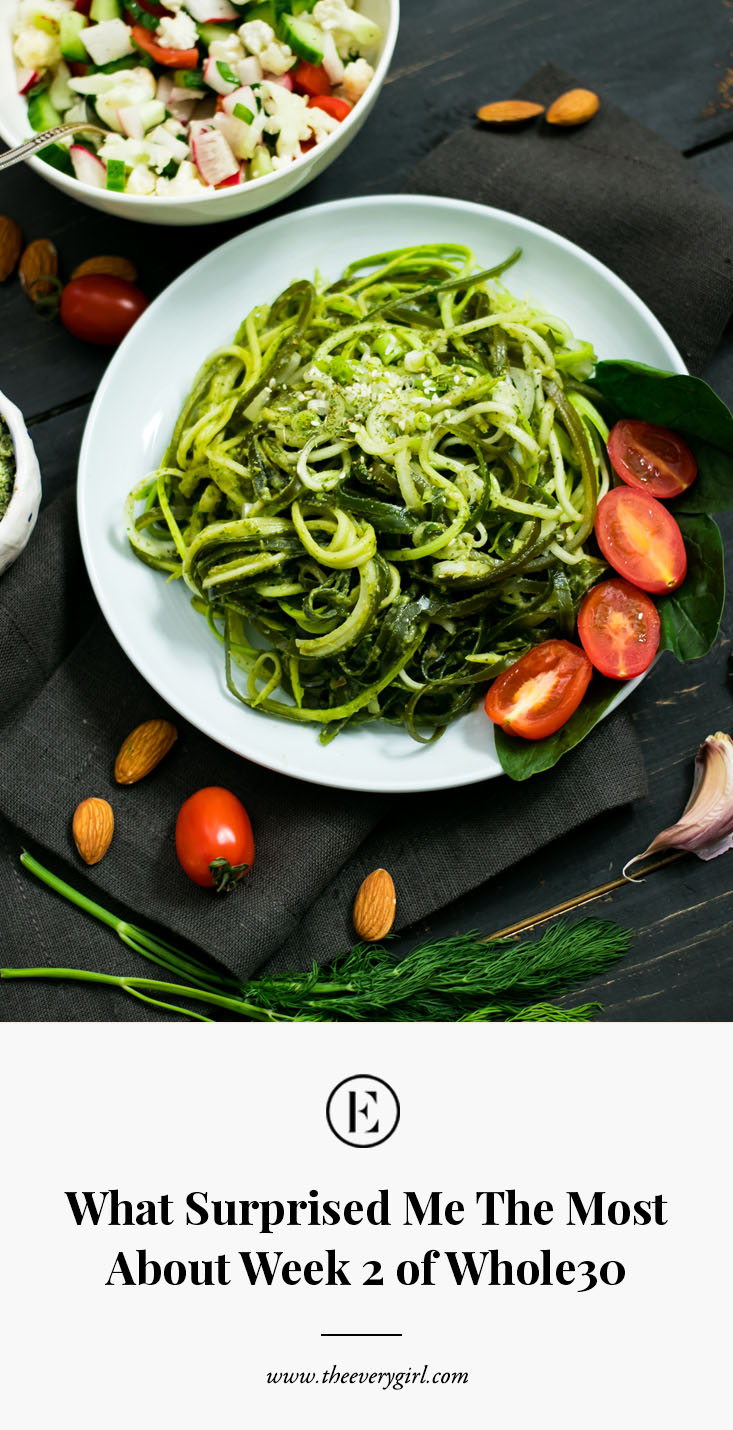 This morning, I woke up at 6am, drove to Orange Theory, spent an hour getting reminded how much better of shape I could be in, came home, made scrambled eggs with spinach and a side of avocado, and settled down with my steaming cup of black coffee for a sunny, perfect work-from-home day.

She was the person I always hoped I’d someday miraculously turn into; one who turned down crepes for scrambled eggs with a side of fruit at brunch because she needs her protein and “it just makes her feel better” — but she sure as hell didn’t feel how I thought she would.

I choked down my eggs — as one does on their 13th consecutive day of eating them to start their day — and ended up tossing my coffee down the drain and opting for green tea as my source of caffeine because I was out of my creamer and physically couldn’t swallow another sip of my coffee in its sans-anything-that-tastes-good state.

Yes, I’m on day 13 of Whole30 — officially past the point of feeling hungover and miserable and like I need a nap every second of my life. I’m only beginning the part where I allegedly will feel better than I’ve ever felt, so in my current state, I only have bitterness and two weeks of voluntary torture to reflect on (I’m hoping a different, cheerier Maddie has different thoughts this time next week).

In all honesty, I’m being a bit dramatic. Some parts of this process have been much easier than I anticipated; but in the same breath, some have been much harder. Of everything I’ve learned at my almost-halfway point, these are what have surprised me the most:

There. Is. Sugar. In. Everything.

Your go-to kombucha? Check the label. Your chicken broth? Probably! Your bacon? Most likely.

I’m not even halfway through this process, so there’s no telling exactly what life lessons this will give me 17 days down the road, but I can give a guess that this will be one of the top. Like I’ve mentioned, I’ve never been much of a label-reader before this, but I will be now. It couldn’t be more shocking to me to see how much added sugar there is in things you would never expect to have it and where it isn’t at all necessary (yes, even in health-food-labeled, Whole-Foods-exclusive things). Once you realize it, it feels impossible to ever go back to not being mindful about it.

The hardest part is socializing

In the past 13 days, I’ve had two big parties, both of which were full of people I only see about once every six months (which generally means even more alcohol and a side order of breadsticks to accompany our late-night pizza order). I assumed it would be simple: I’d simply say I was in the middle of Whole30, and that I just wasn’t drinking at the moment. But it isn’t that easy.

Not only do a lot of people not know what Whole30 is, but most also don’t know the rules, so they say you should just take shots of plain vodka “because it has no calories.”

I learned very quickly that holding a water disguised as a drink was vital to not needing to explain myself 30 times a night — a red solo cup, water, and a lime did the trick — or draw unwanted attention. But even with that, being in a setting where I’d ordinarily be drinking and snacking on the chips and guac was harder than I thought it would be, and so was being around people who are drunk when I was sipping on an ice water. (And at one point, literally heating up a chicken breast and sweet potatoes in the middle of the party while everyone was eating pizza because I was so hungry and didn’t have anything else to eat — it was a moment I never thought I’d have).

I’m 23, so obviously, this could be different for people at different ages. If your friend group isn’t full of people who slap the bag before they even say hi to you, you might feel differently. I didn’t crave any alcohol, but I did find that it was much harder to enjoy the night than I thought it would be — even if I had just been planning on drinking a couple of glasses of wine and catching up with my friends, taking out the social aspects of alcohol doesn’t happen overnight.

To counter that, I don’t miss the feeling of waking up the morning after knowing that I drank too much and ate things that made my stomach hurt and me feel like I needed days of recovery. It really is a double-edged sword. 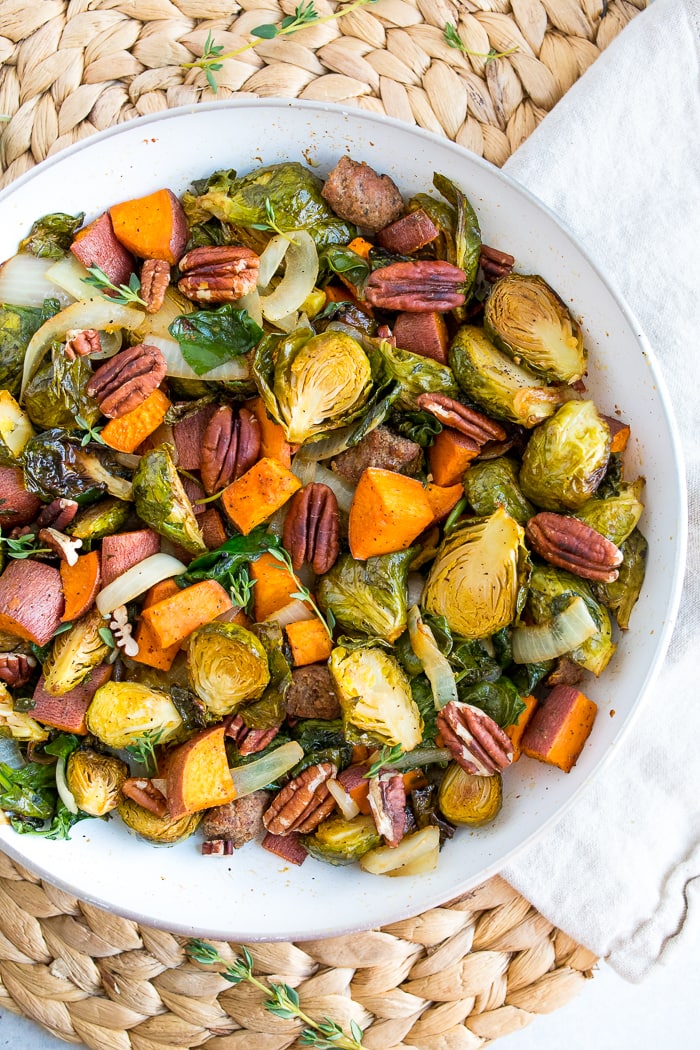 To be completely transparent, this has only been the case for the past couple of days, but I wish I had footage of my face when I realized it for you all to see.

On day 11, I was going for a run outside, and passed the distance in my routine that I usually debate quitting — and didn’t realize it until I was well past that point. I wondered why I wasn’t tired yet and finished further than I had ran in months and in complete awe of how my body was feeling. I felt the same feeling at this morning’s workout and am curious to see how I feel as the days progress, but it has felt like a small miracle in the middle of the madness.

While I get a zit here and there when my ole’ time of the month comes around, birth control has kept my skin pretty clear acne-wise for years. I don’t generally break out unless something is really going on.

During the first eight-ish days, I broke out — bad. Worse than I have in recent memory. I had multiple zits in places I never get them (if I do get any acne, it’s always in my cheek area, whereas these were on my forehead). Based on my research, it seems that my skin was doing a little round of purging itself of all the toxins it wasn’t getting fed anymore. On day 13, it’s all cleared up, and if I really had to think about it, I might say it looks a little better than usual — but I definitely didn’t expect the round of acne that I got. 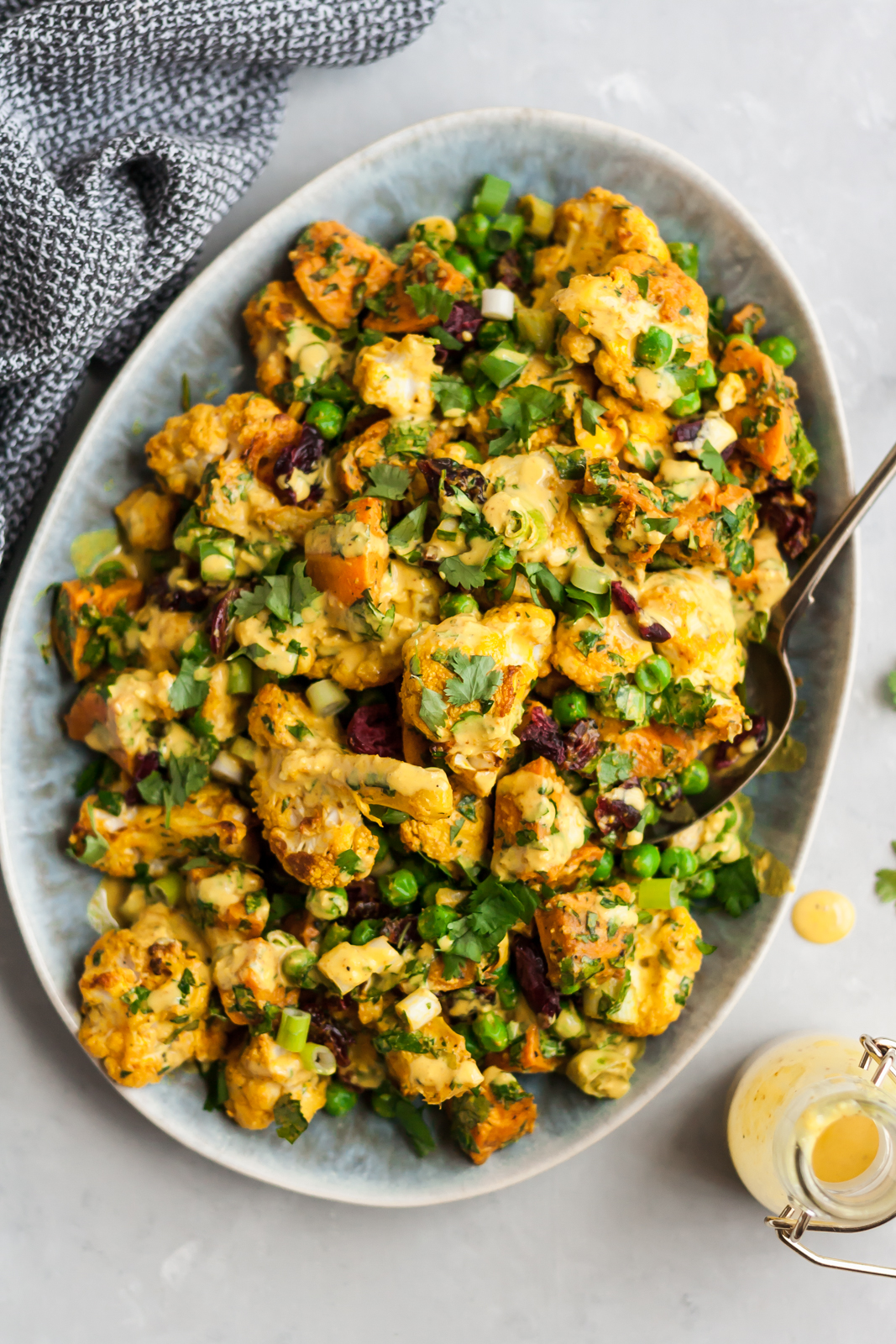 Being at home isn’t harder, but being at work is

I assumed that the worst part of this wouldn’t be my days in the office, but my days when I’m working from home all day alone; but it’s been the polar opposite. I’ve gotten into a little routine on my home days — especially since I started during our holiday break and didn’t need to go into the office until day 12. But in the office, I’m restricted to exactly what I’ve packed for myself, and it feels like I’m bringing pounds and pounds of food. I usually don’t eat breakfast until I’m at my desk, so I had to bring a full breakfast, lunch, and snacks in case of emergency during my commute. This wasn’t as hard physically as it was mentally — I hated knowing that I was restricted to exactly what was in the fridge despite my coworkers all debating what they should order out for lunch (it’s also worth mentioning that our office is filled to the brim with incredible snacks).

Once again, this is a good thing. Bringing more lunches from home is good both financially and health-wise, but it was something I didn’t realize would bother me.

Your habits will change quicker than you think they will

I’ve said it before, and I’ll say it in everything I write about my Whole30 experience: if I can do it, you can too.

My worst food habit has always been sugar, without a shadow of a doubt. It has been shocking to feel how after a couple of days quitting it cold-turkey, I truly haven’t craved it at all. I don’t need to think about what I’m doing anymore; reading labels and cooking almost everything I eat feels normal now (albeit much more work).

How quickly your body adjusts to your new way of eating will shock you. Although I felt horrible for a little over a week, I didn’t ever consider quitting — not even once. Once you begin to put the work in, you won’t want it to go to waste, and you won’t wake up and try to reach for your usual go-to breakfast granola bar or post-lunch cookie. It just becomes another part of your routine, and it happens fast.