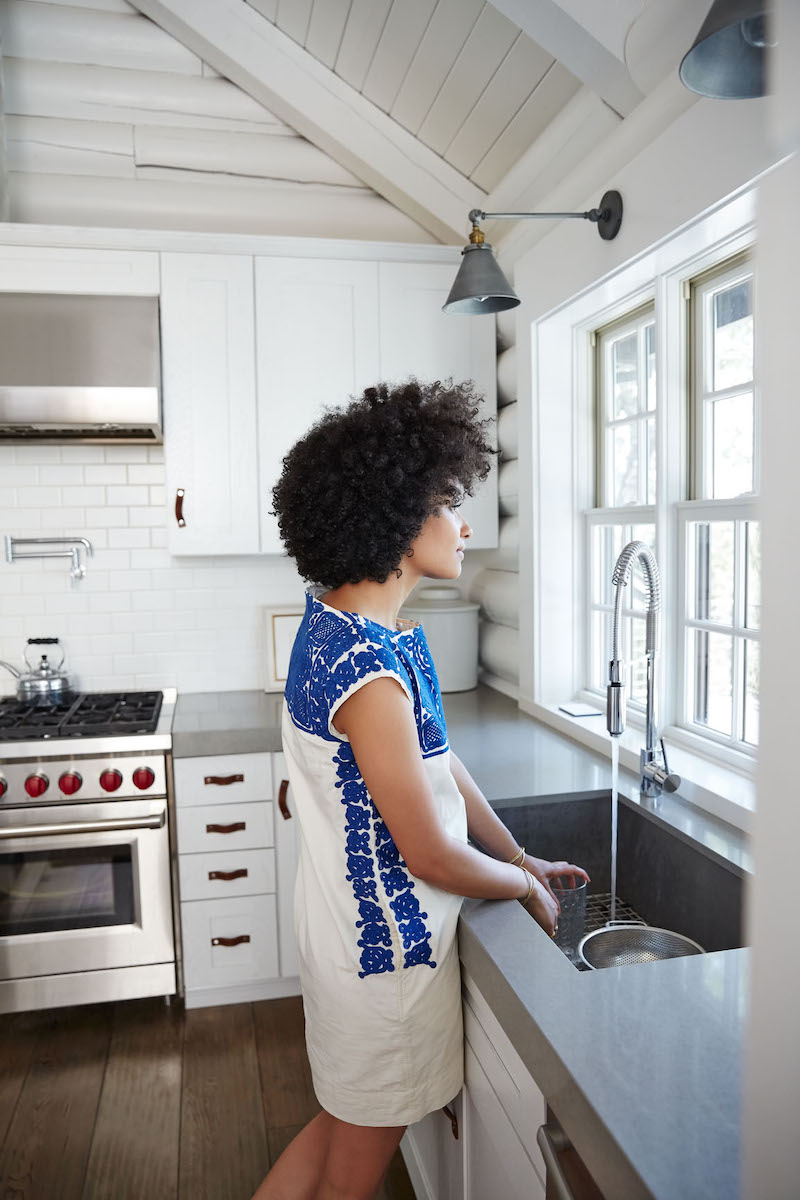 “Home sweet home.” That’s what my mother would sometimes exclaim when she came home after a long day or when, to my delight, we’d return to our Chicago home after a weekend road trip. Lately, I’ve been reminiscing on this—wondering how the saying fits into a world where I, a Black woman, can be murdered in my own home. That’s how Breonna Taylor’s life was stolen from her; that’s what happened to Atatiana Jefferson. I’ve been puzzling over what “home sweet home” means to my husband. He is a Black man. He won’t be spared because he’s a physician and has been fighting the COVID pandemic alongside so many others. He won’t be given a second glance because he’s a “healthcare hero.” He won’t get the benefit of the doubt because he himself fought COVID-19 and took care of me as I did the same. Breonna was a COVID healthcare hero. She was not spared.

Every time someone who looks like me (Black and alive) leaves home, we leave without a guarantee that we’ll be afforded the most basic and sacrosanct of human rights—our right to exist. Our right to simply be. And, I think one of the things I find most painful about this all-too-familiar reality is that we don’t even have to leave home for our lives to be endangered. A white police officer shot and killed Botham Jean, a Black man, while he was at home in his apartment. He, like me, came from a Caribbean family. Like so many of us, it took a matter of seconds for me to learn his name—this person whose birthday was within days of my own, this person who had thoughts and hopes of his own—via a trending hashtag, another Black life taken.

Every time someone who looks like me (Black and alive) leaves home, we leave without a guarantee that we’ll be afforded the most basic and sacrosanct of human rights—our right to exist.

Over the past few weeks, I think I’ve come to understand my mother’s “home sweet home” ritual more and why she could utter those words without gagging on their bitterness. I imagine home as a world of my own making. Growing up, home was a world largely of my mother’s making. Home was images of Black women who looked like me peering out with brown eyes that looked like mine and Black skin that favored my own. Home was a Barbie-free zone for reasons I didn’t then understand—but now do. Home was a place of Black stories in myriad forms—myths of Anansi, prose of Zora Neale Hurston, verses of Claude McKay—that all lived side by side on packed bookshelves. Home for me was sweet—even, and especially, on days when classmates insisted I’d only got into our high school to fill a diversity quota.

When I went to college, home became a world of my own making—a place where familiar images of Black women hung on walls around me and where more recently discovered authors’ works stood alongside the classics upon which I’d been raised. I was intentional about making sure Miss Lou’s poetry was right next to Ralph Ellison’s Invisible Man; my shelves are full with Black women’s writings—Alexia Arthurs’ How to Love a Jamaican cheek by jowl with Yaa Gyasi’s Homegoing. But, one of the most important ways in which I’ve made home my own, is through a shelf of family photos—photos that remind me that this bitter taste of home sweet home isn’t new.

This constant fear and anxiety that someone takes my breathing in this body as their license to kill isn’t new. The people I look at in these photos look like me and they faced a world in which all kinds of brutality were par for the course, one in which their generation, the Windrush generation, was often dismissed as colored immigrants whose lives and labor were disposable, one in which, during my grandfather’s first stint in the U.S., his coworker mysteriously “disappeared” after demanding that a white shop-owner sell him a magazine after being told that Black patrons weren’t welcome there. He stood there, a young man seeking to make his own world outside of his home island, and told the shop-owner that his color didn’t matter because all money was green. My grandfather never saw him again.

Growing up, home was a world largely of my mother’s making. Home was images of Black women who looked like me peering out with brown eyes that looked like mine and Black skin that favored my own. Home was a Barbie-free zone for reasons I didn’t then understand—but now do. Home was a place of Black stories in myriad forms—myths of Anansi, prose of Zora Neale Hurston, verses of Claude McKay—these all lived side by side on packed bookshelves.

The first time I saw the words, “joy is an act of resistance,” I stopped. They stood in bold contrast to the white background on which they’d been etched. I think I was scrolling through Instagram at the time and to learn that the creator was a Black woman, the owner of Rayo & Honey, gave me pause for thought. It resonated deeply. As a Black woman who finds joy in building little worlds in the shape of home, I realize that deriving joy from this is also an act of resistance.

In the midst of a world that systematically devalues Black lives, we can affirm our worth at home. In a society with limited representation of Blackness, we can see and be seen at home. Many days are made up of daily indignities (the unjustified price of #livingwhileblack), microagressions that feel anything but, an offhand remark that so-and-so doesn’t see my color, an n-word spat out in the middle of a city sidewalk (this happened to me my freshman year of college—newsflash, we weren’t living in a post-racial society then and we’re not now). “Home sweet home” doesn’t make any of this disappear. I’m under no illusion; just because you have a home doesn’t mean that you’ll find joy there. But, as a Black person, knowing that I and those who look like me may die for no other reason than being (at home or elsewhere), acknowledging the bittersweet taste of home sweet home and making it a space for dreams, hopes, hurts, and strength—is nothing short of joyous and therefore its own act of resistance. It matters. We matter. Black lives matter.