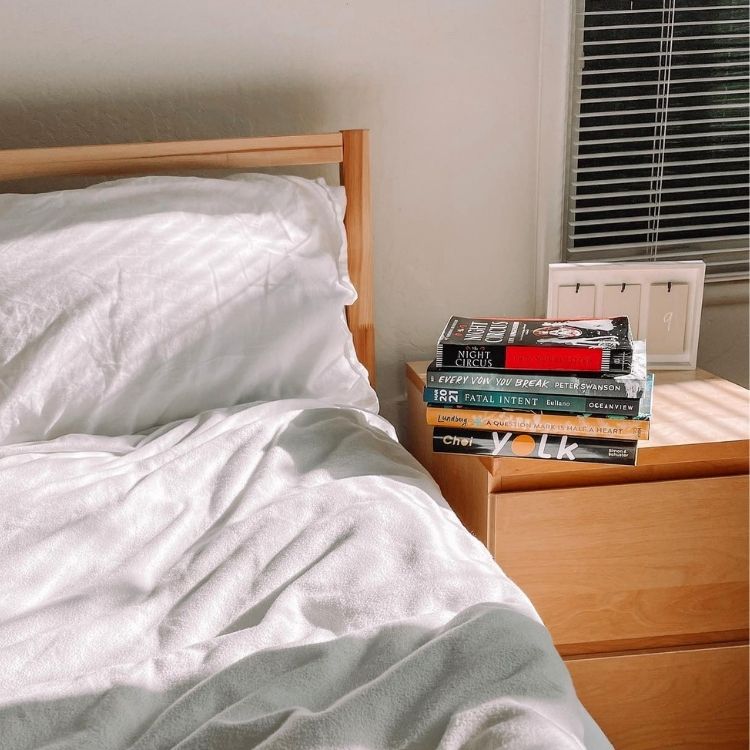 After a long day of staring at a computer screen, there’s nothing that makes me fall into a true escape like a really good book. Especially with everything going on in the world (read: dealing with a pandemic for over two years), a riveting romance, charming fantasy, or hilarious comedic romp told through the written word may be just what you need. Reading about fantastical faraway lands and worlds absent of the horrors of dating apps makes me forget about anything I was stressed about, all while indulging in a great story. Of course, finding books that truly feel like an escape is easier said than done.

However, upon reflecting on books I’ve recently read, I’ve found a few hidden gems that make for a perfect escape from reality. So grab a cozy blanket and curl up with one of these 12 books, perfect for when you need a break from real life. 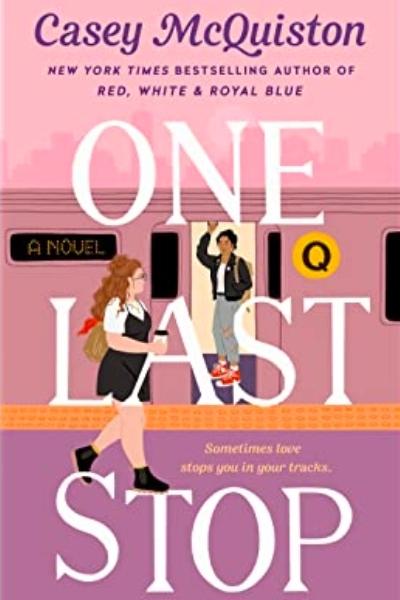 In my book—pun fully intended—Casey McQuiston can do no wrong. And their second novel proved to be the hard-hitting romance I didn’t even know I was missing. August, a girl with just a dream and pretty much no cash, comes to New York City in a 20-something “I’m finding myself” move. Her roommates are strange in the best way possible and the pancake house she works at helps her fund her college classes, and all is right with the world. But then, she meets Jane, a gorgeous, amazing, beautiful girl inside and out, on the train. In what has to be one of the cutest exchanges of banter and heart-to-hearts, August soon discovers that Jane has actually been stuck in a time warp on the train since the ‘70s. Determined to fight for love, August, along with the help of her roommates and some pretty cool drag queens, decides to help Jane get out of this time warp once and for all. With a mix of science fiction and a touching story, there’s never a dull moment in this book. 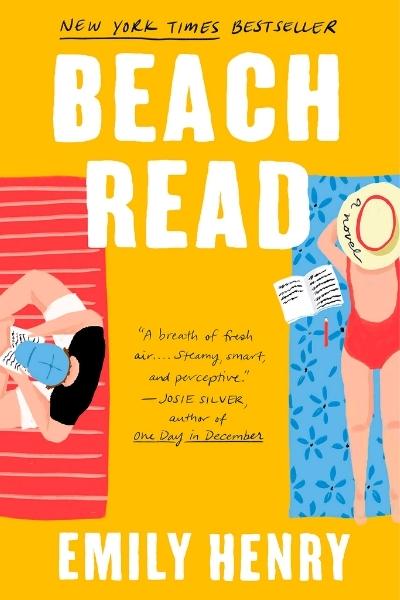 This book was all that I wanted and more. Knowing that Emily Henry’s work is a favorite among my bookish friends, I went into this story expecting to be swept off my feet and charmed by the love interest. Well, my expectations were exceeded. This novel follows January, a once-lovestruck romance writer whose father’s affair shattered her belief in real romance. When she moves into a little house by a beach and realizes her neighbor is her old college enemy, Augustus Everett, she quickly believes that this “getaway” couldn’t get any worse. A classic tale of the enemies-to-lovers trope, this book was predictable and sweet, but sometimes, that’s exactly what I want from a rom-com. 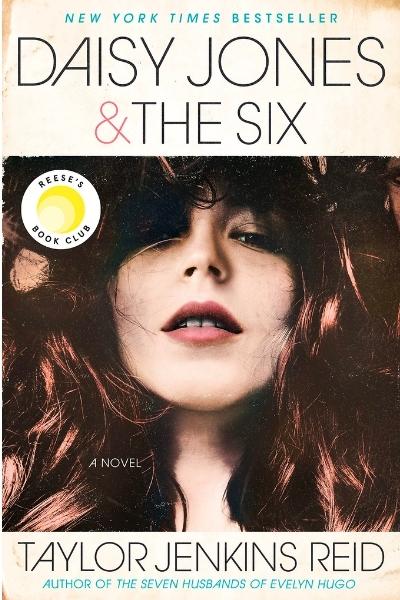 Written by beloved #BookTok author Taylor Jenkins Reid, Daisy Jones & The Six is a truly atmospheric step into the ‘70s-era rock world. Not that I would have any idea of what that was like, but with this book, I really felt like I was there and a part of the story. In this interview-style narrative, we follow Daisy, an aspiring musician, as she joins rock band The Six and thus enters into a whirlwind romance with band member Billy Dunne. Jenkins’ ability to write beautiful works of fiction based on historical figures—Daisy Jones & The Six is loosely based on the real-life band Fleetwood Mac—was one of the reasons I was so drawn to this novel in the first place. And if reading about sex, drugs, and rock 'n' roll isn’t enough of an escape, an eponymous TV show based on this very book is likely to grace our screens sometime later this year. 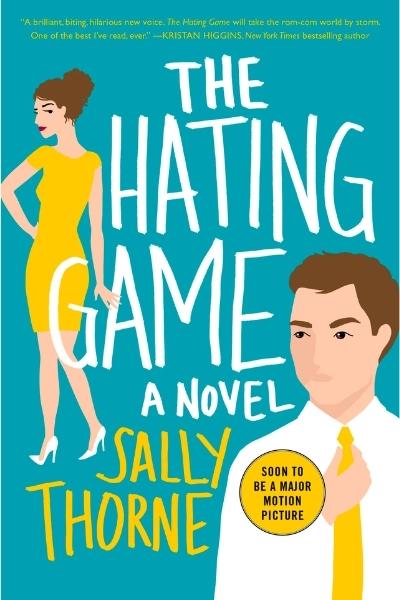 Normally, a book that’s just a reminder of office drama and career questioning would stress me out, but The Hating Game did everything but that. Maybe it’s because the characters are so quirky and funny (or possibly because the actual “working” they do is barely mentioned), but this was a great read to help me unwind from work at the end of the day. The story follows Lucy, an ambitious “nice girl,” whose office mate, the intolerable but oh-so-handsome Joshua Templeman, is absolutely insufferable. As assistants to their company’s CEOs, Lucy and Josh are sworn enemies. However, when the two engage in a steamy elevator moment that reminded me of a slightly softer 50 Shades of Gray scene, Lucy begins to realize she might have confused lust for hate. Every chapter in this book made me either laugh or “aw” out loud, making this the perfect rom-com to spend the evening with. 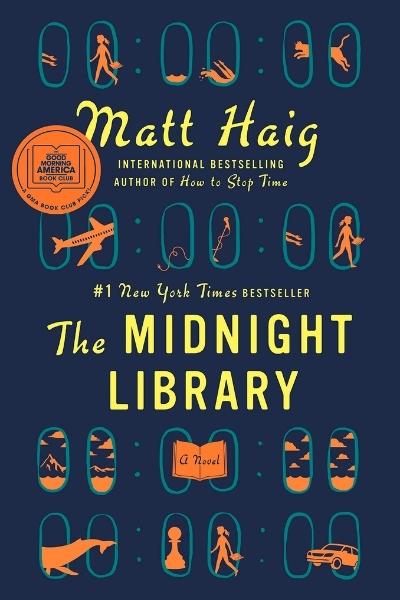 This was one of those books I picked up because I had nothing else to read, so I was pleasantly surprised that it became a fast favorite. The story follows Nora, whose grossly mundane life is boring even herself. However, her life becomes a whole lot more interesting when she comes across the midnight library, a place where she can see all of the other lives she could have had if she made just one different decision. From various lives as a professional swimmer, a researcher on an expedition, and a wife to the love of her life, Nora sees what it would have been like to have everything she wanted—or what she thinks she wanted. Through revisiting the choices she could have made differently, this book touches on serious topics like suicide and mental health. However, watching Nora win these battles showed me that every story has some kind of uplifting takeaway. This is a heavy story, but it’s also an ode to the phenomenon of living and persevering. 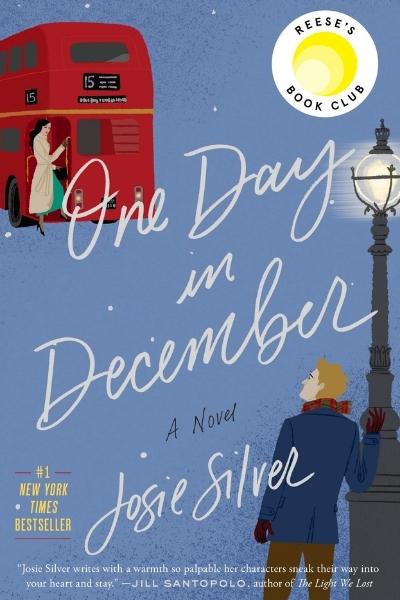 One Day in December

This may seem like a holiday-themed book—and essentially, it is. But what can bring you more joy than being reminded of the hot cocoa-filled, gingerbread house-building time of the holiday season? Caught up in the rush of Christmastime, Laurie hastily boards a bus, looks out her window, and immediately locks eyes with a man she knows will be the love of her life. Unable to forget him, Laurie tells her friends all about her mystery man when she returns, but it seems that no one knows who he could be. She finally gets to see him again one year later—as he’s being introduced as the boyfriend of Laurie’s best friend, Sarah. And this is all in just less than 100 pages. The story spans over the course of about a decade, with lessons on friendship, growing older, and, yes, romance. With relatable characters and a moving love story, this is a heartwarming book you can enjoy at any time of the year. 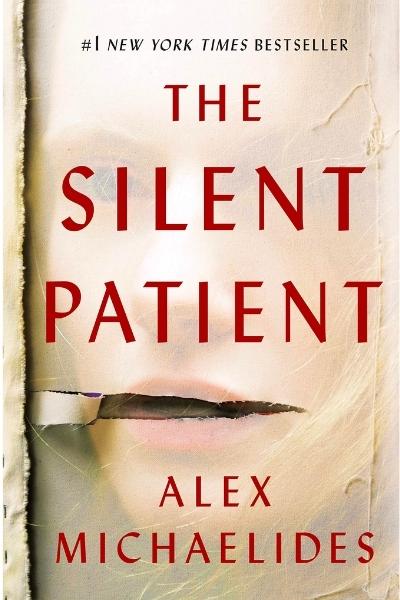 There’s a reason this book was voted as a #1 thriller pick on Goodreads. The Silent Patient may seem like your typical psychological thriller-mystery hybrid, but with plot twists when you least expect it, you’ll be eager to solve the mystery with each turn of the page. The story follows Theo, a criminal psychologist, as he cares for his mute patient Alicia Berenson, a once-perfect wife turned killer. The story switches between different points of view between chapters, so you’re always left guessing and never really knowing which character to trust. I finished this book within a day, so if you’re looking for something to fly through in an afternoon, this is the thriller for you. 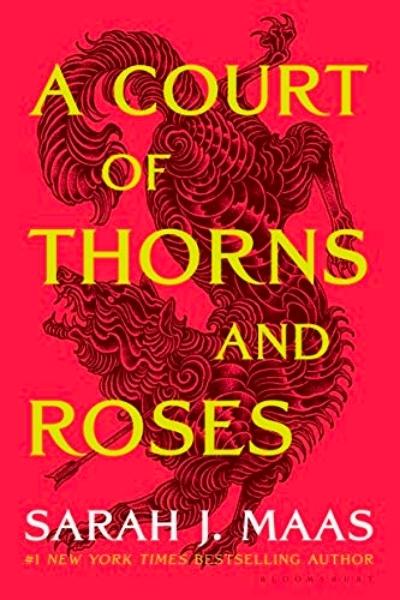 A novel that everyone and their mother seems to have read, A Court of Thorns and Roses is a mature take on the classic fantasy genre. The story follows Feyre, whose life changes overnight when she is punished for the murder of a faerie. Imprisoned in a magical kingdom with a captor who conceals his face behind a mask of jewels, she quickly discovers that this world has its fair share of secrets. In this Beauty and the Beast meets Phantom of the Opera, Feyre’s hatred for her captor eventually turns into lust. But to keep him alive, she must first break a curse that’s lived on in the lands of the faeries. If fantasy is your thing, don’t forget to read the rest of the books in this series.

If you happen to think with your head rather than your heart (good for you!), I’ve found your new favorite main character. Olive, well on her way to earning her Ph.D., doesn’t believe in love one bit. She just has to prove to her best friend that she’s in a relationship. When Adam, a know-it-all biology lab hermit, agrees to be her fake date, Olive thinks she’s on her way to fool everyone. But, as every character in this trope soon realizes, her disdain for romance might not actually last and Adam might not be as bad as she originally thought. 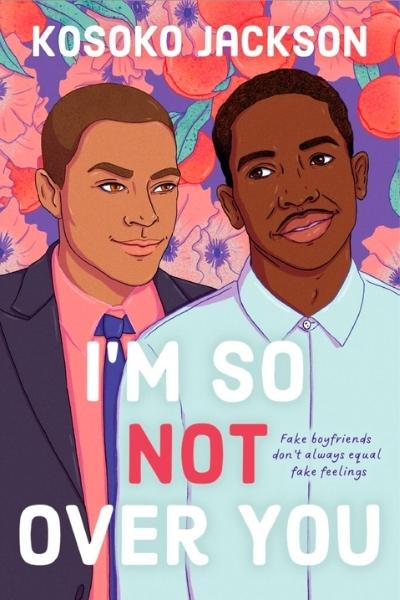 If a cute second-chance romance isn’t on your reading list, let me put you onto something. Whether you love wedding season or hate to love wedding season, main characters Kian and Hudson are about to attend one such ceremony—as each other’s wedding dates. The only problem? Well, they’re broken up, but no one in their families knows. It's the perfect recipe for some sticky situations and witty banter, and these two dodge their feelings for each other in ways that are both hilarious and (regrettably) relatable. If you’re ready to plunge into the fake-dating trope and laugh out loud, then please pick this book up. The hopeless romantic in me is begging you to. 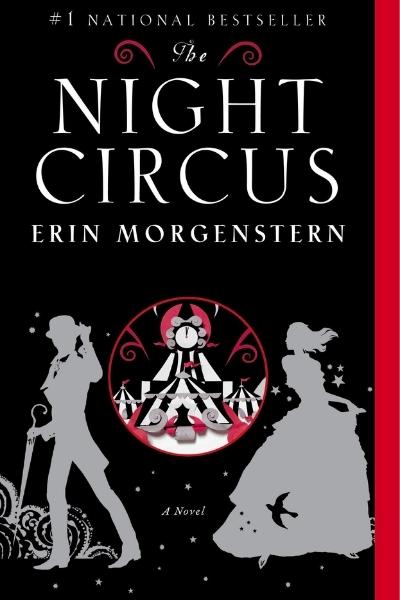 Before #BookTok, there was BookTube, and I remember this particular novel being what seemed like every YouTuber’s favorite. In a fantasy-filled world, two magicians, Celia and Marco, have been training for the magical duel of their lives, in which only one person will emerge unscathed. When the two are swept into an all-consuming romance, they know much more is at stake than they ever would have anticipated. Set in Victorian London, this book follows the two as they explore the Le Cirque des Rêves, a circus that appears only at night and houses some pretty fantastic magic of its own. A battle between good and evil intertwined with a tale of a deep love like no other, this is the perfect read for anyone looking for a darker fairy tale. 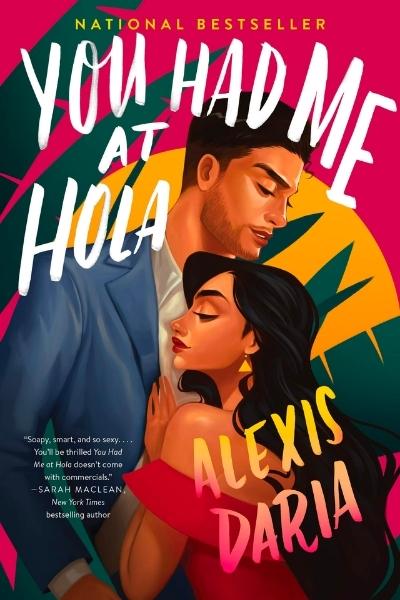 You Had Me at Hola

Combine a cheesy romance with a touch of telenovela-esque drama, and I’m there any day. The story follows a leading lady and accomplished soap opera actress Jasmine Lin Rodriguez, who knows she doesn’t need a man to find success. However, things are much easier said than done when Ashton Suárez, a telenovela Romeo in his right, is set to be her co-star. Of course, the two find some alone time to rehearse, and of course, rehearsals turn to kissing, and, well, you can get the rest. With plenty of steamy scenes and an abundance of tension-fueled banter, this book will make you feel like you’re watching a rom-com without even lifting up the TV remote. 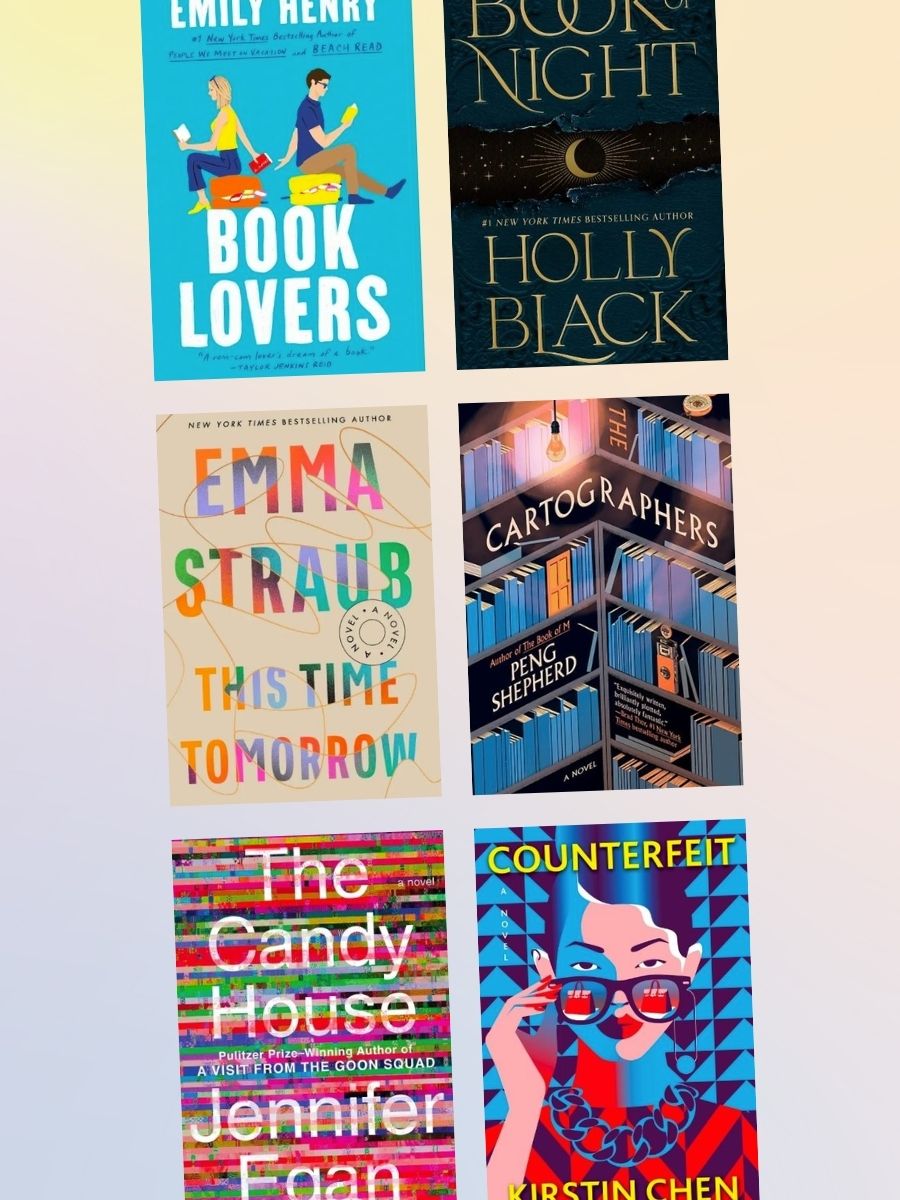 The Most Anticipated Books of Spring 2022
READ NOW 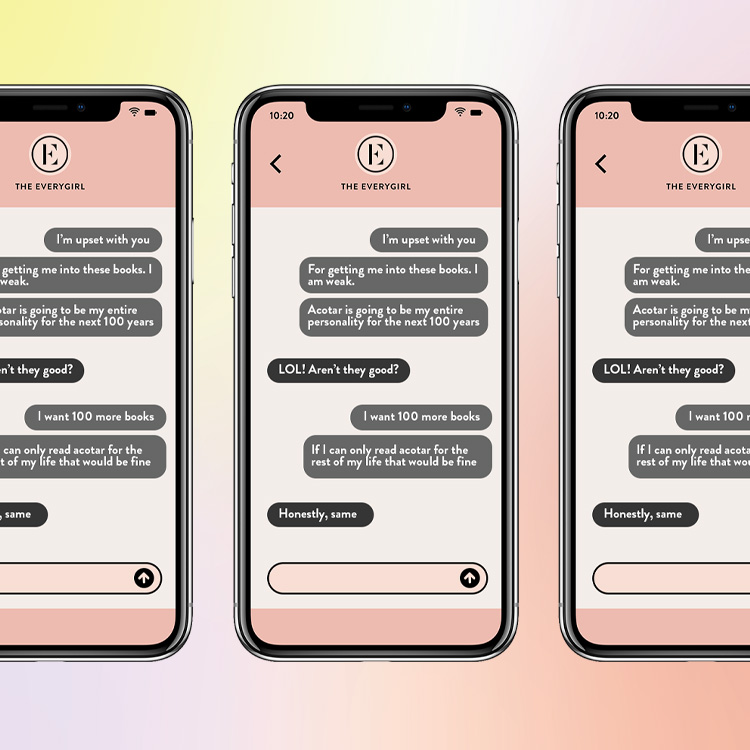 This Book Series Is All Over the Internet, so I Finally Caved and Read It—And I’m So Glad I Did
READ NOW 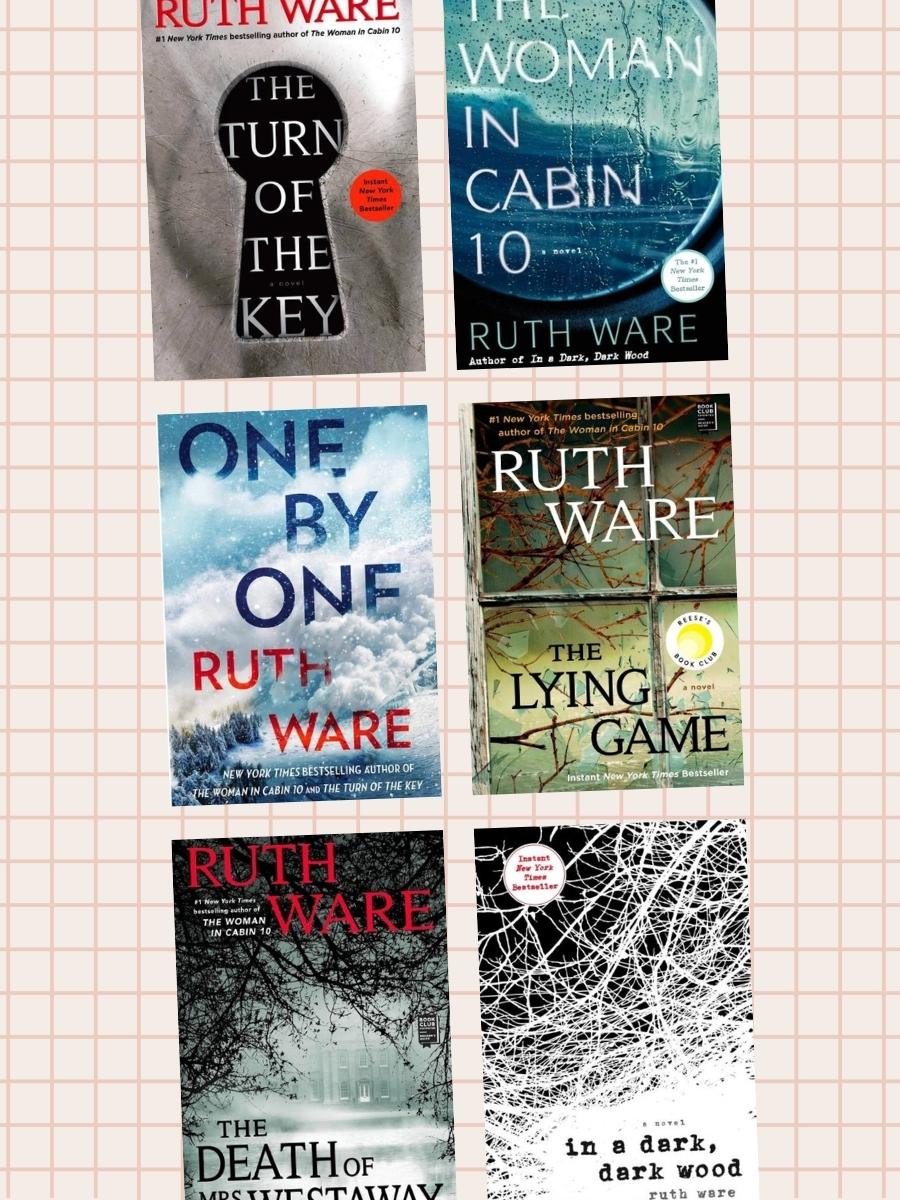 Calling All Thriller Readers: This Author’s Books Should Be at the Top of Your List
READ NOW