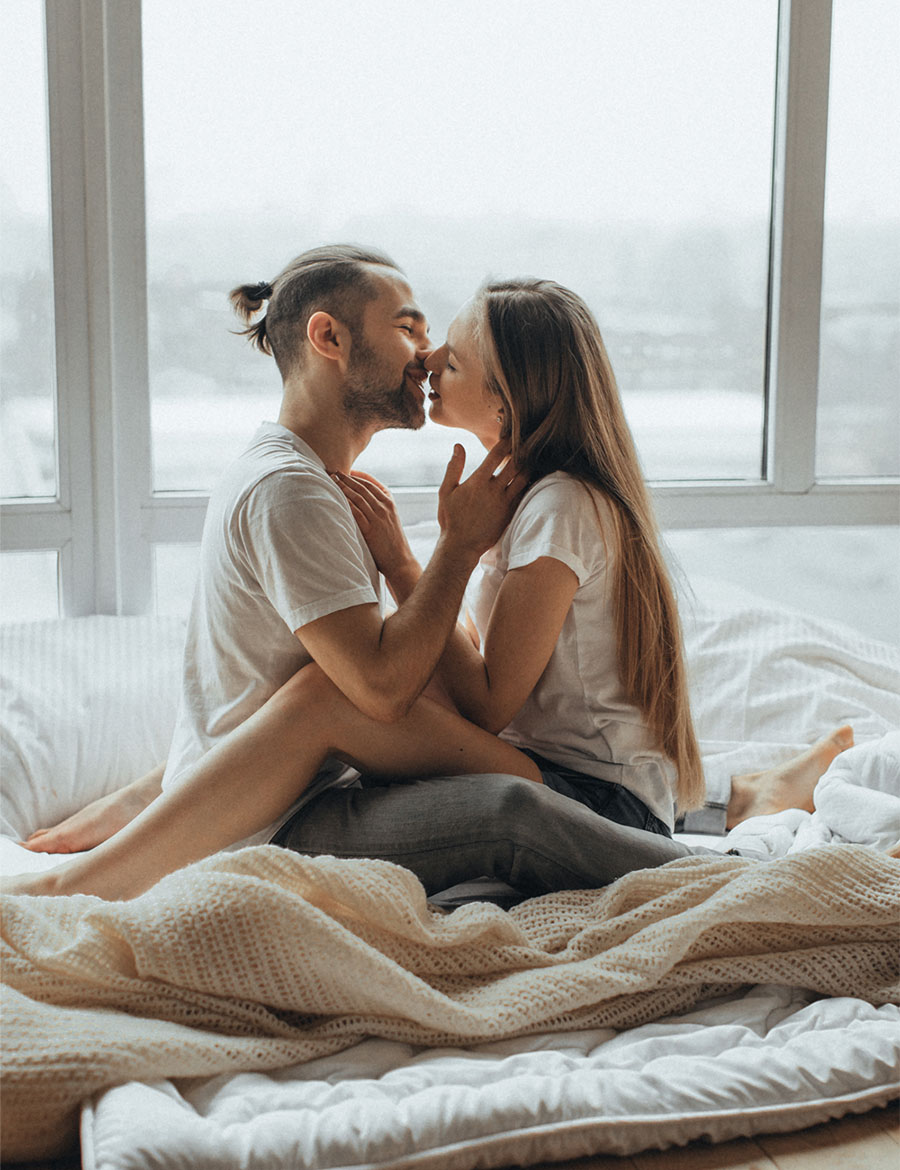 When it comes to social disparity, women have had a rough ride. But if it wasn’t enough that we earn on average just 85 percent of what our male counterparts take home, or that we hold just 5 percent of CEO positions, recent research reflects that the inequalities women face go far beyond the boardroom.

A study by the Kinsey Institute has revealed that whilst 92 percent of heterosexual men usually orgasm during partnered sex, this figure falls to just 52 percent for heterosexual women. Although the comparative difficulties of reaching climax for women are well-documented, the Kinsey Institute found something much more interesting. Women in same-sex relationships are significantly less likely to fall victim to the so-called “orgasm gap.” In fact, when men are removed from the equation women report orgasming around 75 percent of the time during partnered sex.

It might seem that heterosexual women are set up for disappointment when it comes to reaching the big-O — and this has some worrying impacts. Numerous studies exist that report that many women experience feelings of guilt if they are unable to orgasm during intercourse, and stories of women faking it to protect their partner’s ego are commonplace.

If you are a woman in an opposite-sex relationship, then guilt should be far from your mind. In fact, most of the factors influencing your ability to orgasm are deeply rooted in our society and our perception of sex. Fortunately these ingrained attitudes are not irreversible, and a better understanding of some of the pressures that pervade heterosexual sex could help to reframe your and your partner’s experience. These are just a few of the things that you might want to keep in mind when next getting down and dirty:

For centuries of Western society, the female orgasm was seen as a mythical thing. In fact, in the Victorian age it was believed to be a medical way of relieving hysteria, and women were often manually masturbated by doctors in an attempt to calm their nerves.

Consequently, our understanding of the female orgasm is still in its early stages. Whether or not the G-spot exists is still a hotly contested topic, and it was only in recent years that scientists discovered that the clitoris is more than just the small gland visible on the outside of our vagina, and actually encircles the inner vaginal wall.

As we continue to study female sexuality and biology, there is hope that our understanding of the female orgasm and how to reach it will improve. In the meantime, don’t be afraid to put aside pre-conceived and potentially outdated notions of your anatomy.

Many of us might remember being taken into different classrooms at school so that boys could learn about ejaculation whilst girls learned about periods. While many schools are now starting to understand the importance of learning about different gender experiences, this still speaks volumes about how male and female sexual experience is conveyed at an educational level.

The tendency of educators to focus on pregnancy and STI prevention means that most of us know what happens when men orgasm. What we rarely learn about is how a female orgasm looks and feels. This means that both genders tend to discount female climax as a fundamental part of our sexual experiences. Reframing your thinking so that your own pleasure is as much of a priority as your partner’s is a key way to influence your experience.

Women are socialized to have low self-esteem

It can be difficult to relax and enjoy sex if you have body hang-ups or are paranoid about your performance. Sadly, women are increasingly finding themselves under pressure to meet unrealistic physical standards, and research shows that a rising number of young women are unhappy with how they look and are concerned about being judged harshly for their sexual behavior.

Low self-esteem can be a complex issue, so if you find that a fear of how you look, perform, or might be perceived is impacting your sex life, then it may be worth speaking to a mental health professional or therapist who can help you work through these issues. Being confident and comfortable when it comes to sex is important both to be able to communicate what you enjoy and to reach arousal. It may be that an inability to do so may be because of mental rather than physical factors.

Instead of imitating (or allowing your partner to imitate) what either of you may have seen in pornography focus on what actually feels good for you. Ensure that you aren’t seeing your partner’s orgasm as an end-goal and don’t be afraid to insist that sex doesn’t end until you’ve both reached climax.

We focus disproportionately on penetrative sex

Penetrative sex is significantly more likely to result in male orgasm than female orgasm. We should therefore avoid viewing it as the main dish on the sexual menu, and ensure that it forms part of a varied sex life that also includes a healthy amount of foreplay and female stimulation.