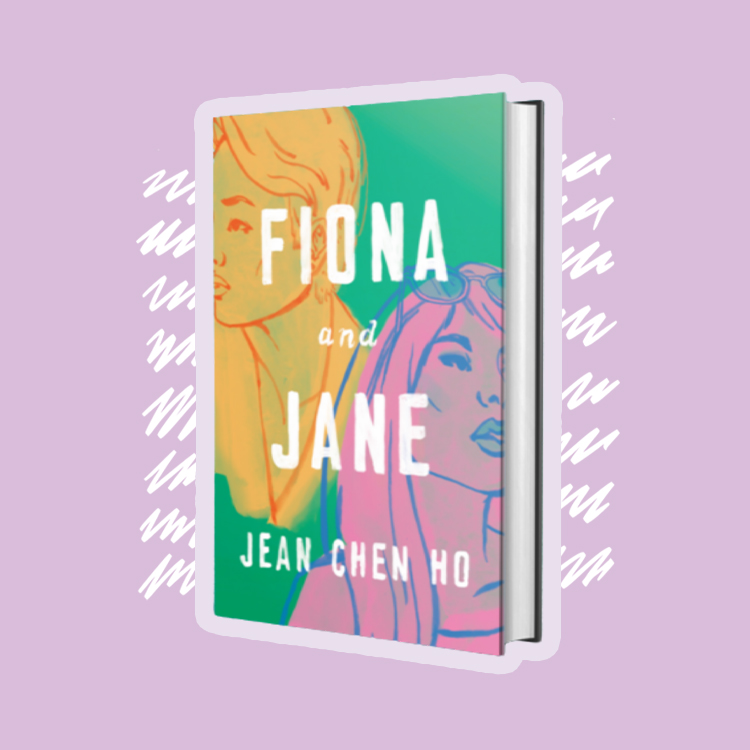 This year, I’ve made myself a promise to read more books and expand my taste beyond the rom-com and thrillers that I usually gravitate toward. Enter the coming-of-age genre. Though I love a good story about a teenager finding themself as much as the next person, they can sometimes be a bit, well, bland. And all too often, they center around the same types of characters experiencing a series of firsts—usually a girl entering her first romance with a guy followed by a sort of happily ever after.

So, when I came across Fiona and Jane on Goodreads’ list of books coming out in 2022, I had low expectations. I knew it was supposed to be a story of friendship, but I wasn’t expecting anything particularly spectacular. After finishing the book in just two days, I can confidently say I was wrong. This collection of stories about two Asian American women is full of relatable queer characters you’ll wish you could meet up with for a coffee IRL. For most of the novel, Fiona struggles with seeking the approval of others while Jane questions her own identity after kissing her piano teacher after school one day. It was Jane’s internal conflict over her attraction to this piano teacher, another girl, that finally made me stop and realize that this coming-of-age novel is different.

From complex characters to an exploration into Jane’s sexuality, I absolutely loved the way author Jean Chen Ho depicted the realities of what it’s like to be attracted to more than one gender. This portrayal of bisexuality was raw, honest, and exactly what I had been looking for in a modern novel for a long time. And what made this story of queerness stand out? Well, there were a few things: 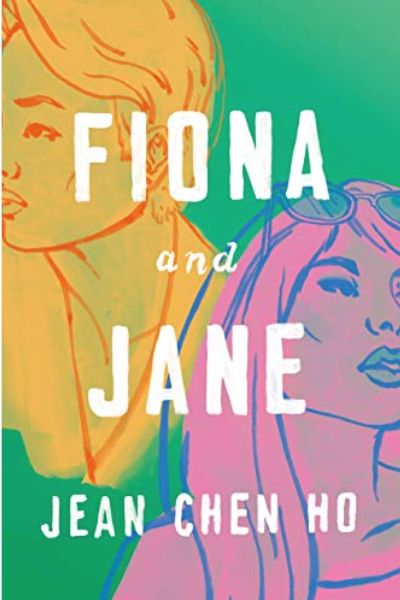 Best friends since second grade, Fiona Lin and Jane Shen explore the lonely freeways and seedy bars of Los Angeles together through their teenage years, surviving unfulfilling romantic encounters, and carrying with them the scars of their families' tumultuous pasts.

When Jane first questions her sexuality, it’s because she and Fiona kissed “for practice.” However, in a later snapshot of Jane’s life, she finds comfort in another one of her friends, Won, who is also questioning his own sexuality. However, rather than try to determine a label for themselves, the two instead bond over what it’s like to watch other people their age, including Fiona, openly flirt while they don’t really know who they like.

Yes, the book centers around Fiona and Jane’s friendship and the unique bond between women, but I loved every chapter Won was in. Besides supporting Jane in whichever relationship she wanted to be in, he also went out of his way to make sure she was taking care of herself. When Jane breaks up with her long-term girlfriend, Won convinces her to start keeping a journal to clear her mind. Do I journal? No, and I honestly might not pick it up just with the recommendation of a friend, but it’s the thought that counts. As two queer people, Won and Jane’s discussions on attraction were great to see and reminded me of how wonderful it can be to sit down and just feel comfortable with someone who’s not going to ask awkward questions about your identity.

A post shared by Ashley | Life with books (@life__with__books)

I love seeing queer representation in media, but so often, the story centers around someone coming out in their teens or early 20s. And I mean, a lot of people can definitely know who they like at a young age, but it’s also very normal to discover your sexuality later in life. This is why I love seeing Jane’s uncertainty over who she’s meant to be within the later chapters of the story. When Jane wonders if she has a stronger connection to a man or a woman, she realizes she really doesn’t know which type of relationship would be better for her and what she wants. I was able to relate to her desire to date another woman when she was exploring her sexuality in her adolescence as well as her reluctance to pursue something serious when the opportunity arose—other women are kind of intimidating.

Jane is incredibly relatable and proves that sometimes, the best love stories are imperfect. Instead of a fairytale romance, we’re given a raw depiction of what it’s like to not even know who you’re supposed to be attracted to—hello, bi panic—and dealing with the hardships of dating, not only someone who is bisexual but just as a person in the 21st century. An unavailable, mysteriously distant suitor? A lover who seems perfect on paper but something’s off IRL? We’ve all been there. Whether you’re bisexual or not, Jane’s character is written with such depth, you can’t help but sympathize with her romance woes, especially if, like the rest of us, you haven’t found your soulmate by the time you’re 22. Let’s normalize understanding and exploring your sexuality past your college years.

Bisexuality Is Unique From Other Queer Experiences

Though Jane is able to identify with Won’s feeling of being othered, they don’t have the same experiences throughout the book. I’ve read a few books with bisexual characters in them, they often just are characters who happen to be bisexual and don’t spend any length of the novel questioning their sexuality. And if they do, it’s usually because they already have an attraction to the main love interest. Fiona and Jane differs from this narrative because we see how Jane acts in relationships and talks about her romances with several people. Once she realizes she likes any gender, she isn’t ashamed of her sexuality—she’s just coming to terms with the different lives she could potentially lead with different people.

For some, liking a man feels different than liking a woman, and that’s OK. I loved that the novel actually dove into Jane’s thoughts on her ex-girlfriend and a fling with a man and the raw emotions she felt as she navigated these choices.

Not Everyone Is Going To Understand Your Sexuality

When I read Fiona and Jane, it was clear that Ho was going for an authentic depiction of adolescence and young adulthood. From discussing friendship fallouts to just plain bad decisions, it was clear that none of the characters were perfect, and, though I connected with Jane and rooted for her, I didn’t see much of myself in this character except for the fact that she was bisexual—that is until others started questioning and labeling her sexuality. Especially if you’ve only ever dated or been with one gender, bisexual people are often told that their own bisexuality is invalid. So, when Jane’s friends called her lesbian in the beginning, only for us to learn later on that Jane is more fluid, I can see why she had a mini identity crisis.

Unfortunately, I’ve learned to realize that your friends might not understand why you choose—or don’t choose—to label yourself in a certain way. However, that doesn’t always mean that this judgment comes out of a malicious place. Simply put, not all of your friends will get what you mean when the topic of sexuality comes up, and as long as they’re willing to listen to you and offer support, that’s all right.

Even as Jane and her friends grew older, no one really asked her that much more about her sexuality or which label she preferred; however, Jane’s still discovering her identity, so it makes sense that she doesn’t discuss this as much with her friends and instead focuses inward. Even so, Fiona and Won focus on being supportive friends to Jane and openly discussing her relationships, even if they themselves couldn’t relate to feeling romantically toward another woman. Especially at the end of the novel, when Jane is contemplating getting into something more serious, Fiona is a part of her life and a symbol of a steady friendship. Not all of your friends will understand what you’re talking about or how to respond when you come out or get into a relationship—Fiona and Jane shows this reality but also explores the dynamics of a friendship in which two very different girls’ connection never fades.

Best friends since second grade, Fiona Lin and Jane Shen explore the lonely freeways and seedy bars of Los Angeles together through their teenage years, surviving unfulfilling romantic encounters, and carrying with them the scars of their families' tumultuous pasts.

I love a good coming-of-age novel, and this book definitely hit the spot. From an accurate portrayal of bisexuality without focusing too much on a coming-out narrative or assigning a label to her characters, Ho is able to tell a compelling story of friendship and identity. Honestly, when I picked this book up, I didn’t have high expectations for this story, but it perfectly captures the complexities of dating when you’re bisexual. Jane’s character was so carefully thought through and developed to the point that I wished she was real and I could have a heart-to-heart with her.

If you’re looking for a story with queer characters in a novel about personal identity, friendship between women, and Asian American representation, Fiona and Jane is a must-read. 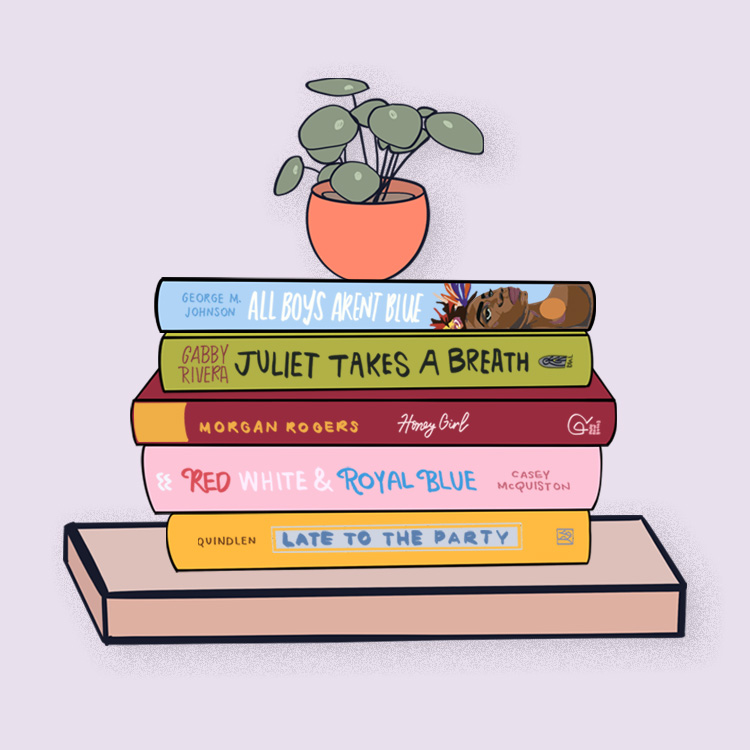