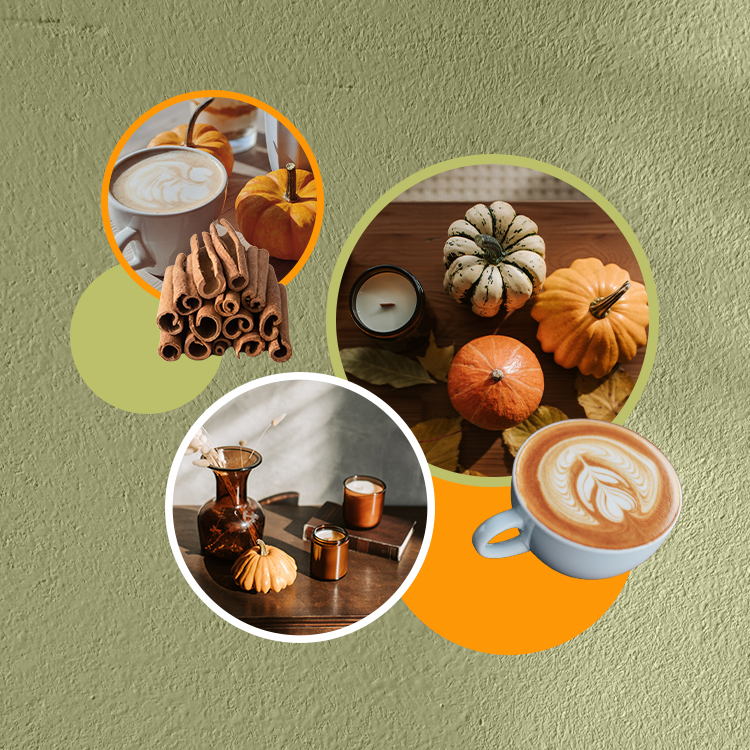 If there’s one thing that epitomizes the fall season, it’s the cult-favorite Pumpkin Spice Latte. It’s the comforting drink we wait for all year because there’s nothing like the cozy hygge vibes we get from sipping on warm, pumpkin-spiced goodness on a crisp autumn day. There’s one caveat: The traditional PSL, as we know and love from a certain green-and-white siren, is flavored with not-so-great-for-you ingredients: added sugar and natural flavors (read: flavoring agents that can be highly processed and contain preservatives and chemical additives), just to name a few.

The good news is I’ve picked the brains of doctors and dietitians to create the ultimate healthy PSL, whether at home or at your everyday coffee outpost. And if you just can’t part with your beloved Starbucks PSL, I’ve got a tip or two for you, too. Read on for five ways to hack your way to a nutritious, gut-friendly PSL. Spoiler alert: Your PSL will never be the same again—for the better.

Hacks to make the PSL nutritious

I hate to break it to you: The PSL offered at most coffee retailers contains pumpkin flavoring or syrup (code for sugar-dense syrup or powder artificially made to taste like pumpkin). Instead, reach for canned or fresh pumpkin puree as the main ingredient, which will deliver on the signature pumpkin flavor and some major health benefits, too.

“Like most veggies and fruits within the red, yellow, and orange hues, pumpkin is rich in vitamin A and lycopene,” explained Dr. Lana Butner, a naturopathic doctor and acupuncturist. “Both of these nutrients are fantastic for eye health due to their antioxidant status, which helps with prevention of cellular degradation. The concentration of fat-soluble vitamins (A, E) in addition to vitamin C, iron potassium, and manganese also make pumpkin a fantastic food for boosting immune function.” Dr. Erin Hendriks, board-certified physician and functional medicine practitioner at Salvo Health, added that pumpkin is packed with fiber, which improves digestion by acting as food for good bacteria in the gut.

The common base of America’s favorite fall bevvy? Non-organic, processed dairy products, namely condensed milk. “Dairy is a common trigger for gut symptoms, as the lactase enzyme declines with age and most adults have lost at least some ability to digest dairy,” Dr. Hendriks explained. If dairy doesn’t make you feel great, ditch it. Instead, opt for your go-to plant-based option with no sugar added, like almond, cashew, coconut, or pistachio. Whichever you choose, you can still expect the familiar flavor and frothy, creamy texture of the conventional PSL.

Not all non-dairy alternatives are created equal, though. “Oat milk is higher on the glycemic index, which further disrupts your blood sugar regulation,” warned Dr. Butner. “When blood sugar is dysregulated, it has a negative effect on cortisol production and secretion, which leads to further inflammation within the body.” If nut milk isn’t your thing, try coconut milk, which is high in healthy fats, over Instagram’s favorite oat milk.

Bad news: The pick-me-up most of us can’t function without first thing in the morning can be a trigger for GI symptoms, and it might also interfere with hormones. Therefore, Dr. Hendriks recommended going the decaffeinated route or using less coffee in your PSL if you have gut or hormonal symptoms. But whether you’re going decaf or full-caf, choose a quality brand that is organic and fair trade, as low-quality beans are heavily processed and can be high in toxins. For a coffee kick substitute, Dr. Butner suggested matcha: “One teaspoon of matcha contains 70mg of caffeine in comparison to a cup of coffee which contains roughly 140mg. Matcha is also rich in the polyphenol EGCG, which has potent health protective effects, and L-theanine, which has been shown to improve mood and cognition and reduce stress and anxiety.” (I promise, it still works in your PSL!)

The ingredient that gives the ever-popular Starbucks PSL its signature flavor is the brand’s pumpkin syrup. While they don’t reveal the components of their secret flavoring, Carly Knowles, MS, RDN, LD, PCD, a registered dietitian and cookbook author of The Nutritionist’s Kitchen, let us in on what’s behind the curtain: “These pumped flavorings not only add a significant amount of sugar to your diet, they often contain artificial flavoring and coloring which some have been linked to issues like kidney damage or cognitive problems.” Alternatively, she suggested using a natural sweetener like monk fruit extract, raw honey, or maple syrup to allow you to control the level of sweetness and reduce or eliminate the sugar content entirely, depending on your taste preferences.

The PSL wouldn’t be the PSL without the “S” in it, and luckily, spices also pack powerful health benefits. The usual suspects you’ll find in the PSL are cinnamon, nutmeg, ginger, and cloves. “Go heavy on the herbaceous spices for the extra seasonal flavor, ” advised Dr. Butner. She broke down the benefits of each:

Instructions: Make coffee and pour it into a glass or mug, and set it aside. Pour milk into a saucepan and heat over medium-low until warm (do not let it come to a boil). Then, transfer milk to a blender, and add pumpkin puree, maple syrup, pumpkin pie spice, and vanilla extract. Blend until well combined. Pour the mixture into the glass of coffee and sprinkle with a dash of pumpkin pie spice or cinnamon. Enjoy! 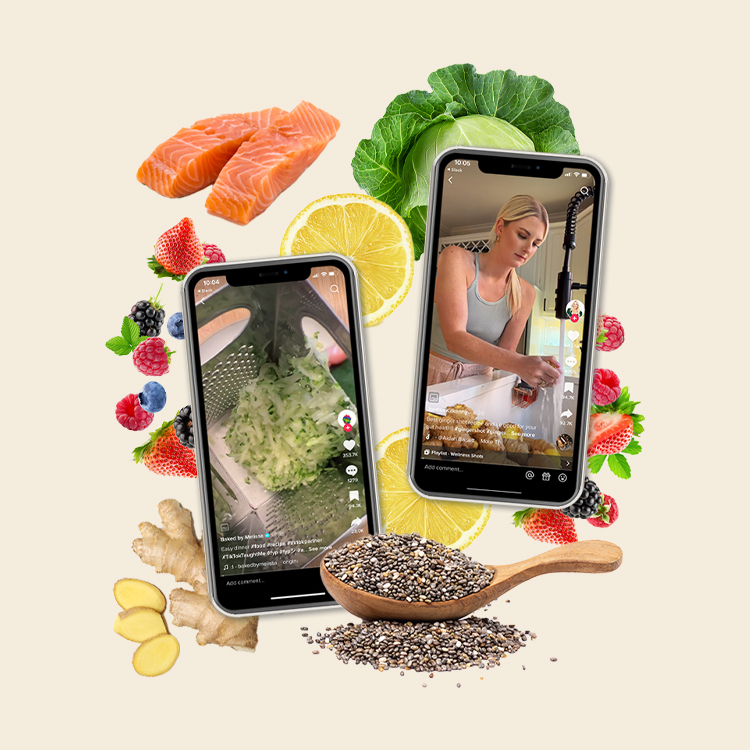 10 Viral TikTok Recipes That Are Healthy, Easy, and Actually Worth Trying
READ NOW