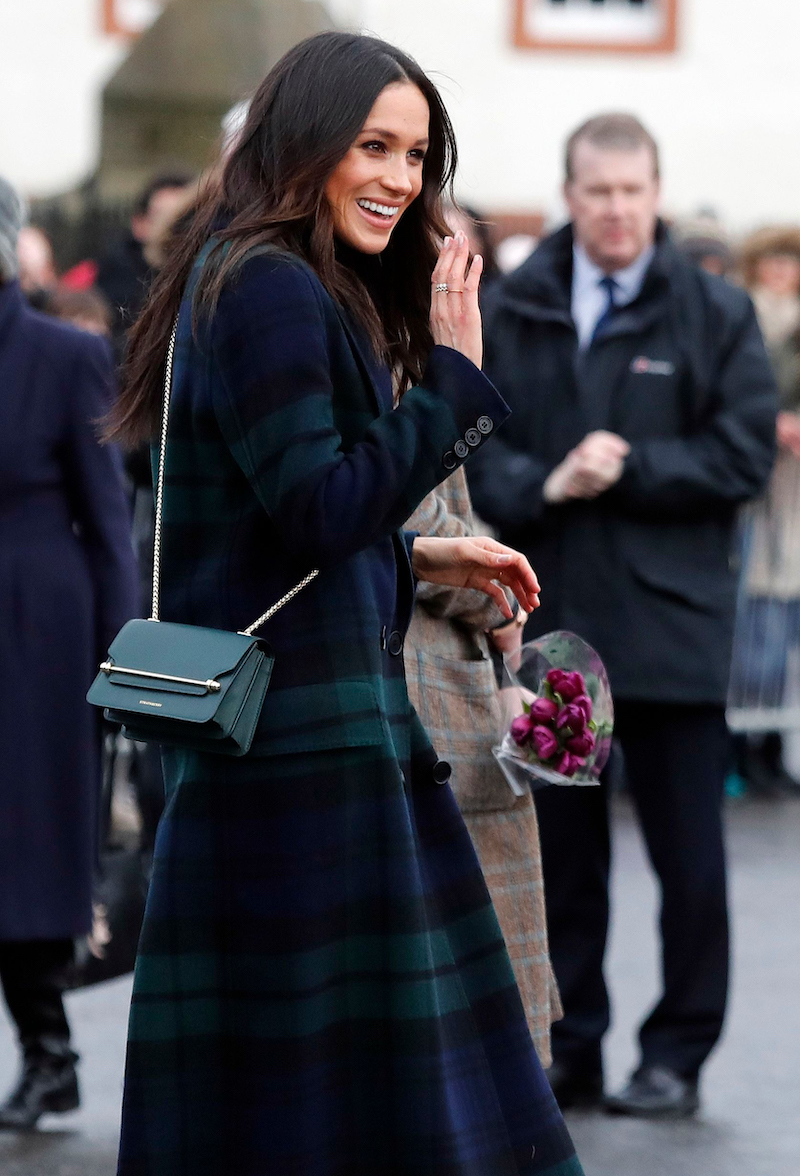 I am obsessed with Suits. I know, I’m pretty late to the bandwagon with this one, but I need to talk about it. I keep saying court phrases IRL (“Your honor, I move to dismiss” is my new favorite way to begin a disagreement), I’ve googled “funny Donna phrases” over and over again, and I genuinely cannot stop hitting “next episode” until about 2am. I can’t decide if I love Harvey or Mike more, and I don’t intend to ever choose. (Harvey has serious dad vibes, and again, I’m not sure if I want him to adopt me into his family or marry me.)

With my Suits addiction comes an even stronger obsession with Meghan Markle. We love her deeply here at The Everygirl — her fashion sense is impeccable, she has poise and purpose, and her commitment to using her fame and royalty status for good is admirable. Oh, and her life is basically The Princess Diaries. We stan!!!

After a long google search spree ranging from “Meghan Markle outfits” to “Meghan Markle beauty routine” to “Meghan Markle home address” (I’m not proud of that one), I landed on an article about her morning routine. It seemed doable, and I’ve been looking for a way to spontaneously turn into a royal, so I decided to give it a try. It was… not what I expected.

In January 2019, Cheat Sheet reported Meghan’s morning and daily routine. Here is a condensed version of her routine:

It’s important to note one aspect of her routine: she skips caffeine.

I followed Meghan’s routine to the best of my abilities. The only changes I made:

The night before day one, I was pumped. I was ready to live like Meghan Markle so I could meet my prince and say goodbye to life as a peasant. Then, my alarm went off 4:30am.

^me to our Assistant Managing Editor Lauren after day two. Note that I originally said something else about Meghan, but I edited it in fear I would be hunted down by the Royal police.

I was appalled. I worked a desk job in college where I had to wake up at 5am, and I thought that was ungodly torture. I had to hit snooze. There was no way my eyes would even open at this hour.

I woke up after about four snooze cycles and went on with the routine.

As the week went on, waking up that early got a little easier. However, I was the happiest person on earth when I didn’t set that alarm come Friday night. It was a constant struggle to not say F it and hit snooze every single morning. What’s one less article to write this week, I said to myself. The world could totally exist without me completing a Meghan Markle challenge, I thought.

READ: 10 Ways to Become a Morning Person (And Not Feel Miserable)

The rest of the routine was successful.

I normally watch Netflix or listen to the news when I wake up in the morning, but starting my day with music was a fun addition to my routine. I have a long commute, so I normally save that for my music time, so this was a cool change.

In the future, I’d prefer to do a yoga class instead of at home, and if I’m doing yoga, odds are I also am not running on the treadmill that day. This challenge definitely made me enjoy doing a good stretch first thing in the morning though — that’s something I would keep up with!

I think this routine would be awesome for a freelancer or someone who works for themselves. Meghan’s work and emails are quite different from mine — and anything I’d email or work on at 5am can most definitely wait until 8:30. Because I work in an office, it doesn’t necessarily make sense for me to be working so early in the morning. I prefer to save that time for me instead of work.

I noticed that I’d come into the office ready to go, but that meant that during the day, my to-do list was a little more lax, meaning I definitely annoyed all of my coworkers with my incessant talking and surge of ideas. On the other hand, I was insanely productive — so, you’re welcome!

By the end of the week, I knew what parts of Meghan’s routine I wanted to keep and which ones I was ready to give up.

Waking up at 4:30am was not for me, but I think a 6am wake up call is definitely doable and beneficial for my morning sanity. So, in conclusion, I have not spontaneously turned into Meghan Markle, I have not met a prince, and I hate waking up that early without coffee. Time to try something else!