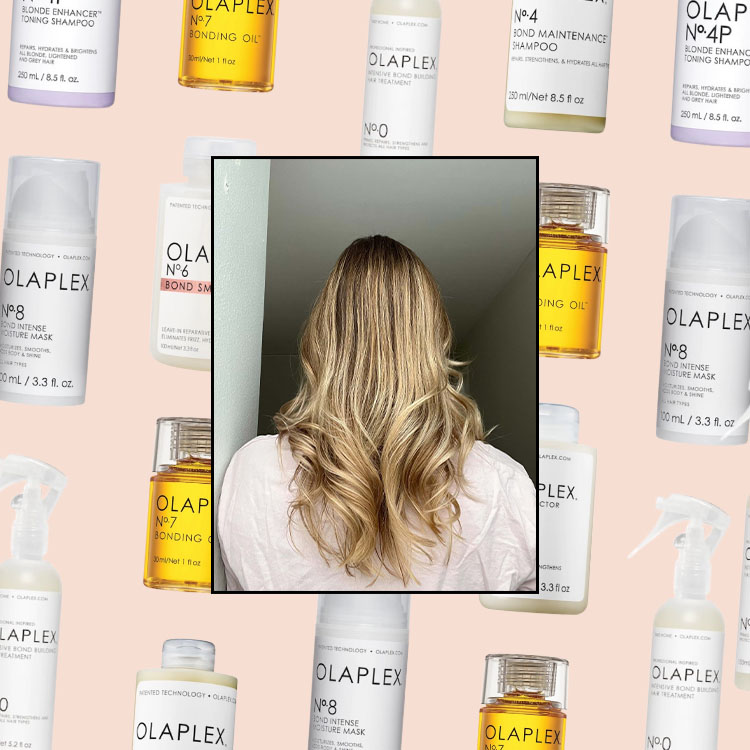 I was a fresh 16 years old when the first drop of bleach touched my then-virgin hair. I watched my mousey brown locks transform to a naturally sun-kissed head of hair that made my teenage self feel like a brand new girl. And in the nine years since, my hair and bleach have gone together like peanut butter and jelly.

I’ve had my bleach blonde phase, my mid-college crisis of going dark for exactly six months, and just about every hair color in between—and to absolutely no one’s surprise, it’s come at the sacrifice of the health of my hair.

The pandemic has made me re-evaluate a lot of my self-care routines, and most recently it’s made me look at how I take care of my hair. While I’ve always treated my skin like gold, my hair and its health have been put on the back-burner for the entirety of my life. But with dreams of finally making my hair as healthy as it can be, I decided it was time to try a full-blown Olaplex routine and see what happened. After two full months of letting only Olaplex touch my hair, I have some thoughts. 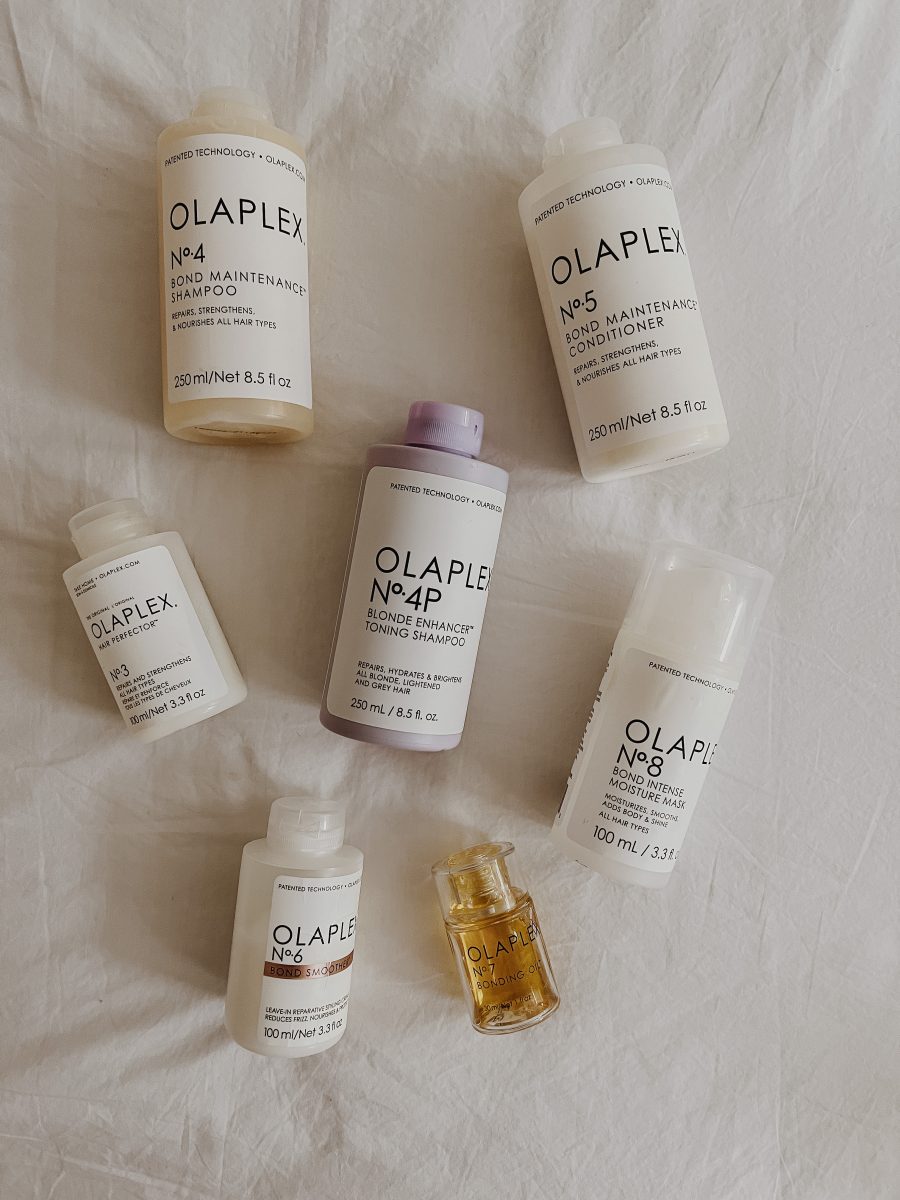 Meet the expert
Sabrina Bias
Hairstylist
Sabrina is an independent hair stylist based in Chicago.

What exactly is Olaplex?

We’ve all heard the buzz about Olaplex, but what does it do that makes it so different from other products? According to hairstylist Sabrina Bias, “Olaplex started as an in-salon, two-step treatment and was truly the most innovative at the time. It uses a patented technology that repairs disulfide bonds, which is how it became known a ‘bond builder.'”

Bias explained that bond building comes into play when the hair’s bonds have been broken, which can happen from a variety of common practices, from bleaching to heat styling. “Disulfide bonds are typically broken when the hair is over-processed during bleaching or excessive heat styling. Now, Olaplex is a global brand that has everything from its original in-salon treatment to shampoo, conditioner, styling products, and more.”

Who can use Olaplex, and what kind of results can you expect?

Olaplex now has eight products, not including the two that are reserved for salon use only. According to Bias, the line has something for everyone. Most prominent is the star of their collection, No. 3, a pre-shampoo bonding treatment (not to be confused with a deep conditioner—more on that later).

“You can expect Olaplex to repair and add moisture to compromised hair, but no product at this point can bring dead hair back to life. Olaplex does not replace a haircut,” Bias said.

While Olaplex has been deemed a game changer by many with bleach-damaged hair, Bias ensured that you can benefit from Olaplex whether you color your hair or not. “All hair with disulfide bonds can benefit from a bond builder, so that means everyone, color-treated or not,” she said. 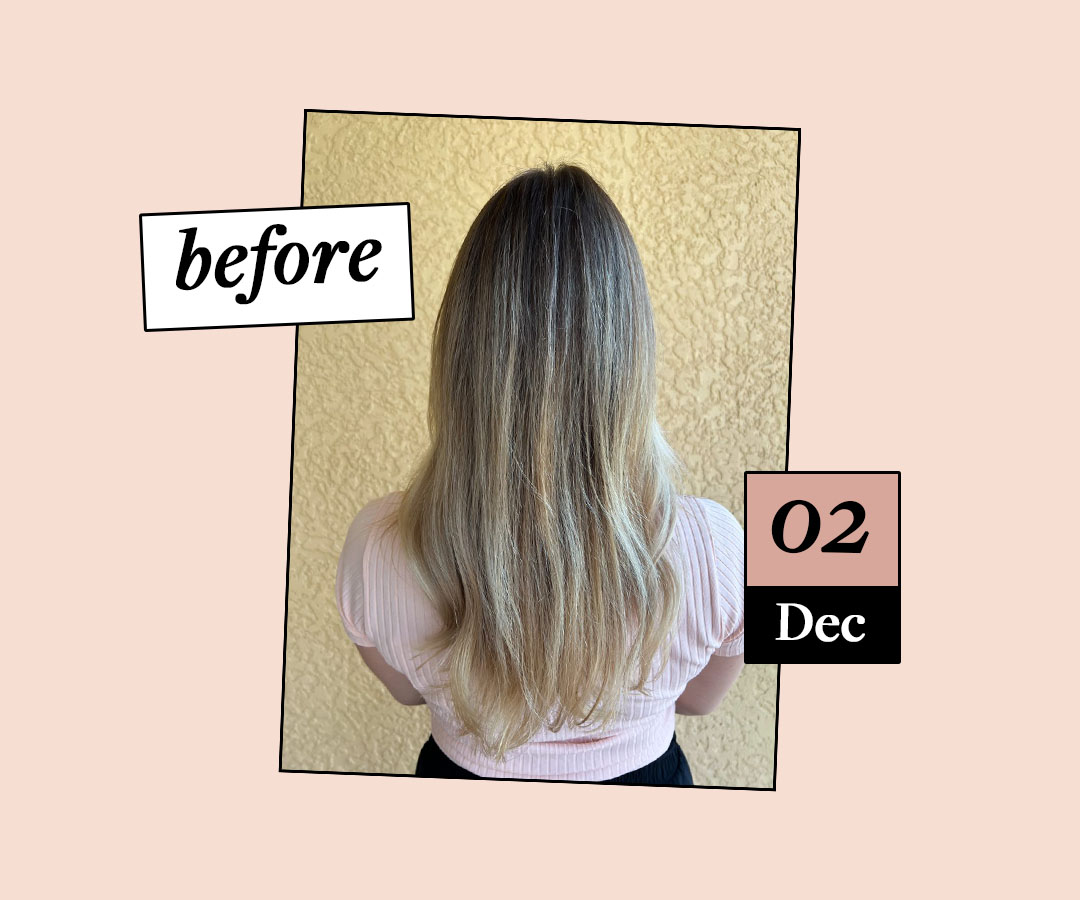 I have medium-thickness hair that is naturally pin-straight. As I mentioned, I’ve been coloring my hair for years, which means that it’s suffered at the hands of bleach and purple shampoo in the meantime. I wash my hair about three times a week in order to keep it as hydrated as possible.

My hair color is currently the closest to my natural color than it has been in years, which I did in an effort to help make it healthier in the meantime. I gave it a huge chop around two years ago, which also means that my current hair is recently grown out and slightly healthier than it would be if I hadn’t cut so many inches off then. While it by no means is completely dead, it just is hair that you can tell has been through a bit, and I wanted to finally give it the TLC it was craving.

I color my hair about once every four months and usually give it a good trim then as well.

Two months ago, I purchased the seven products from the Olaplex line, from the shampoo to the deep conditioner. I vowed that from there on out, I would put all my other hair products on the back-burner so I could really see the difference Olaplex made—if any at all. 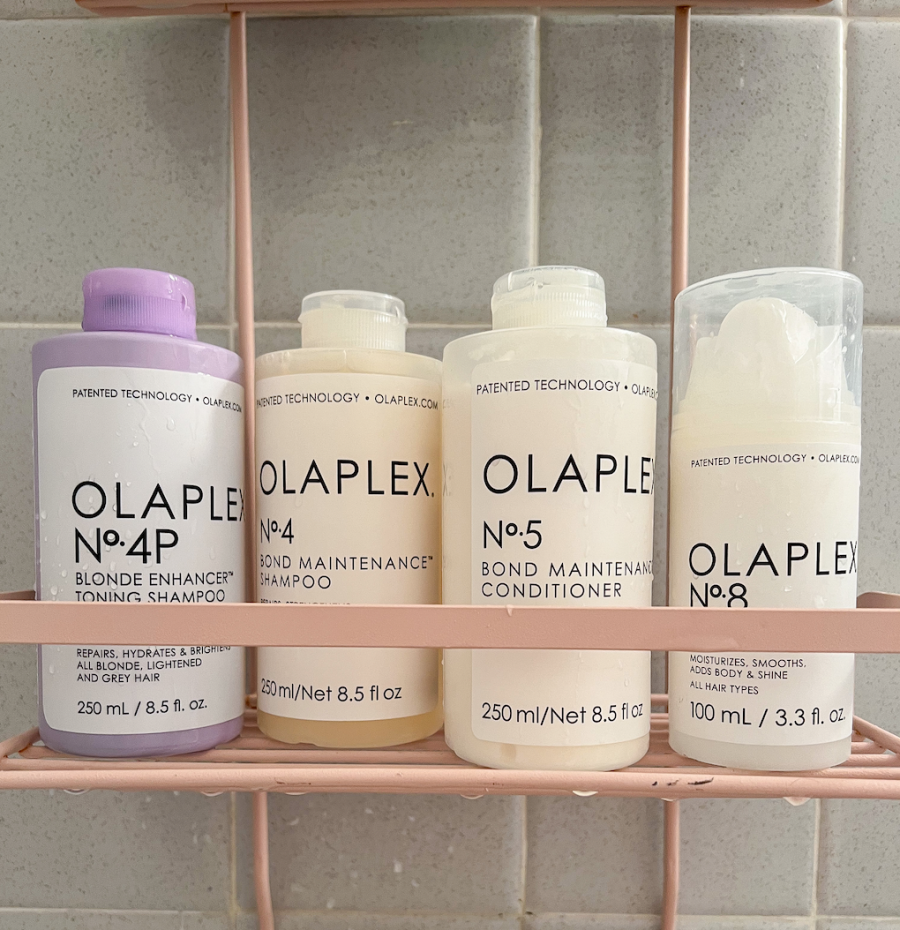 After clearing out my shower of all of my usual products, I began my full overhaul of haircare, beginning with shampoo and conditioner.

Since my hair is on the fine side, I can definitely see and feel a difference between different shampoos and conditioners immediately after I wash it. If I use a product that isn’t hydrating enough, my hair will feel dead and dry; if I use a product that’s too hydrating, my hair will be greasy and weighed down. Because of that, I have a few shampoos and conditioners I tend to buy over and over again, and right away, I could tell my hair liked the Olaplex shampoo and conditioner.

Immediately after getting out of the shower and styling my hair, it felt noticeably smooth and soft without being too heavy or greasy. Another benefit is that based on my research, you only have to use a very small amount of shampoo and conditioner (around a nickel-sized amount for my length of hair), which means that the product will last much longer than my other products, which I generally use a palm-full of.

I’ve used the leave-in conditioner and oil before and loved them both, so I was excited to see how they worked in conjunction with the shampoo and conditioner. Again, a leave-in conditioner is something I have to be careful with, as it can quickly make my hair greasy, but No. 6 is extremely lightweight while somehow managing to give me the best smoothing results I’ve ever had. The oil doubles as a heat protectant, which makes it perfect for adding to my hair before styling.

Right away, I noticed a difference in how my hair felt and looked. After my usual blow-dry, I was left with sleek, hydrated locks that looked and felt healthy. 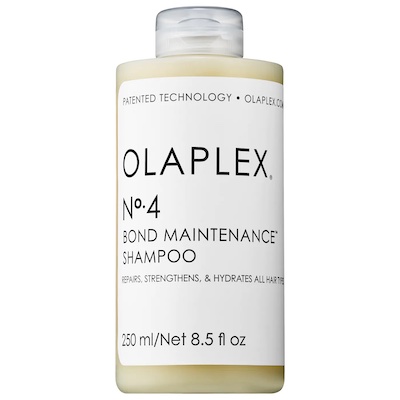 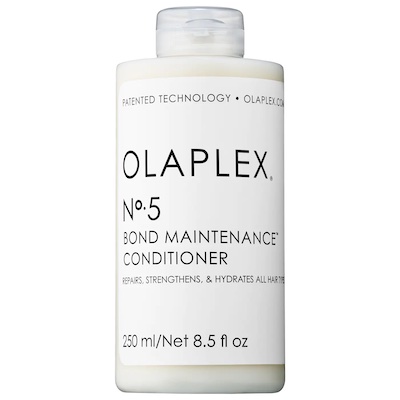 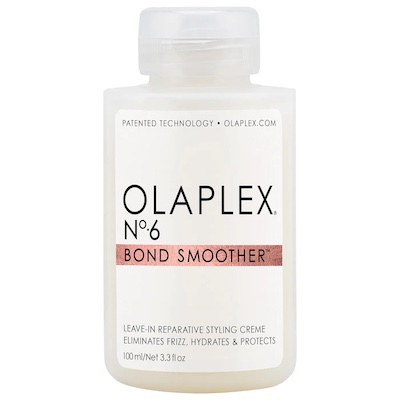 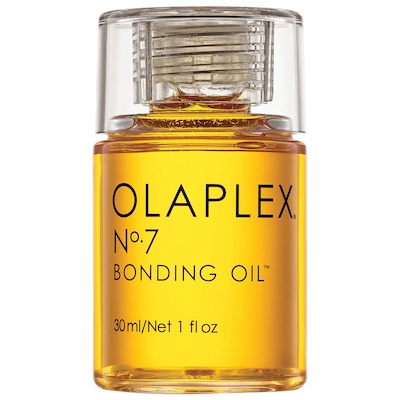 Of all the deep conditioners I’ve ever tried, Olaplex’s is by far my favorite. I have never noticed such significant results before, and every single time I use it, it’s like my hair got a salon-quality treatment. Using it once a week was enough for me to maintain the results, which I can’t say for other deep conditioners I’ve tried. Unlike others, this one felt like it was actually making my hair healthier rather than making it just feel healthier temporarily by loading it up with oils.

I’ve used No. 3 on and off in my life, and after the past two months of consistent use, I can confidently say that it makes a huge difference in my hair when I’m using it. While the packaging says to use it “10 minutes or longer,” I like to wet my hair in the morning, put the product in, then put it back in a bun while it marinates on my hair all day until I shower. After a few uses, I can tell there’s a difference in how my hair feels and looks even if I only air dry it. It feels less brittle and looks shinier and fuller, and I can tell that it truly is healthier. It shows in a million ways, from how it holds a curl to how it looks on its third day before washing. For me, it feels like it genuinely removes some of my hair’s bleach damage.

While I didn’t try the No. 0 primer personally, it acts as a primer for other Olaplex products so they can penetrate your hair more deeply, and it’s on my list to pick up on my next Sephora run. 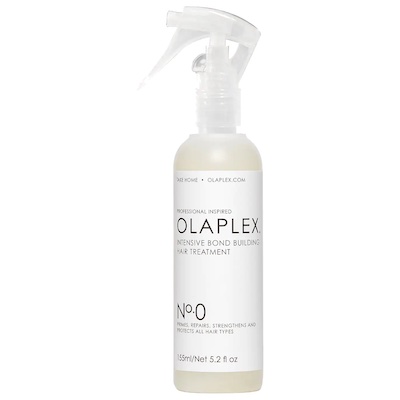 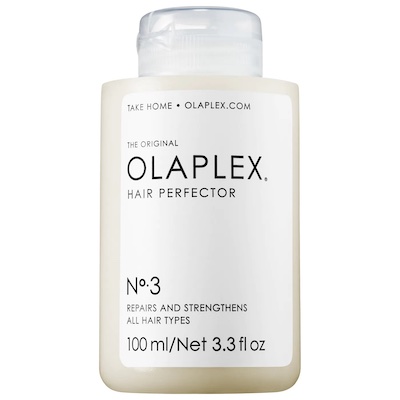 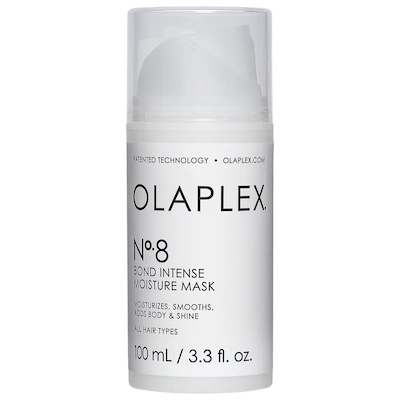 For those familiar with purple shampoo, you know that it is a necessary evil—but not one that ever feels enjoyable. Purple shampoo uses violet pigment to cancel out the orange pigment that blonde hair develops over time (brassiness, as we lovingly call it), but it tends to be extraordinarily drying.

I have used just about every purple shampoo on the market over the past decade, and I’ve had my fair share of horrid experiences. From one that took to my hair too quickly and turned my entire head a very trendy shade of purple (which left me calling my stylist in a panicked stupor and ending up needing to rinse it with dish soap) to ones that were so drying that it left my hair tangled beyond repair, purple shampoo needs to be good—or else it’s awful. But here’s the thing: It also has to work, and some of them don’t.

This is by far and large my favorite purple shampoo I have ever used. It’s so good that it feels like there’s some sort of witchcraft involved in it because it goes against everything an ordinary purple shampoo does.

While I normally leave a purple shampoo on my hair for around 30 seconds, this one says to leave it on for up to five minutes based on the results you want. I like to keep my hair neutral (not cool), so I end up leaving this on my hair for around two minutes and am left with the most perfectly toned hair I have ever had. It’s so good that I ended up canceling my usual every-six-week tone appointments with my stylist because I literally don’t need them anymore. This makes my hair noticeably toned without ever leaving it too cool or gray and with leaving it feeling hydrated. It has kept my hair looking salon-fresh since my last appointment and is truly a holy grail product for me now. There is simply nothing better on the market. 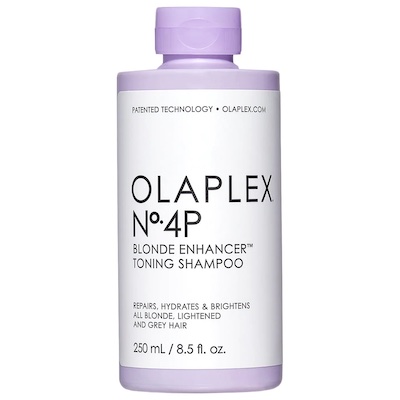 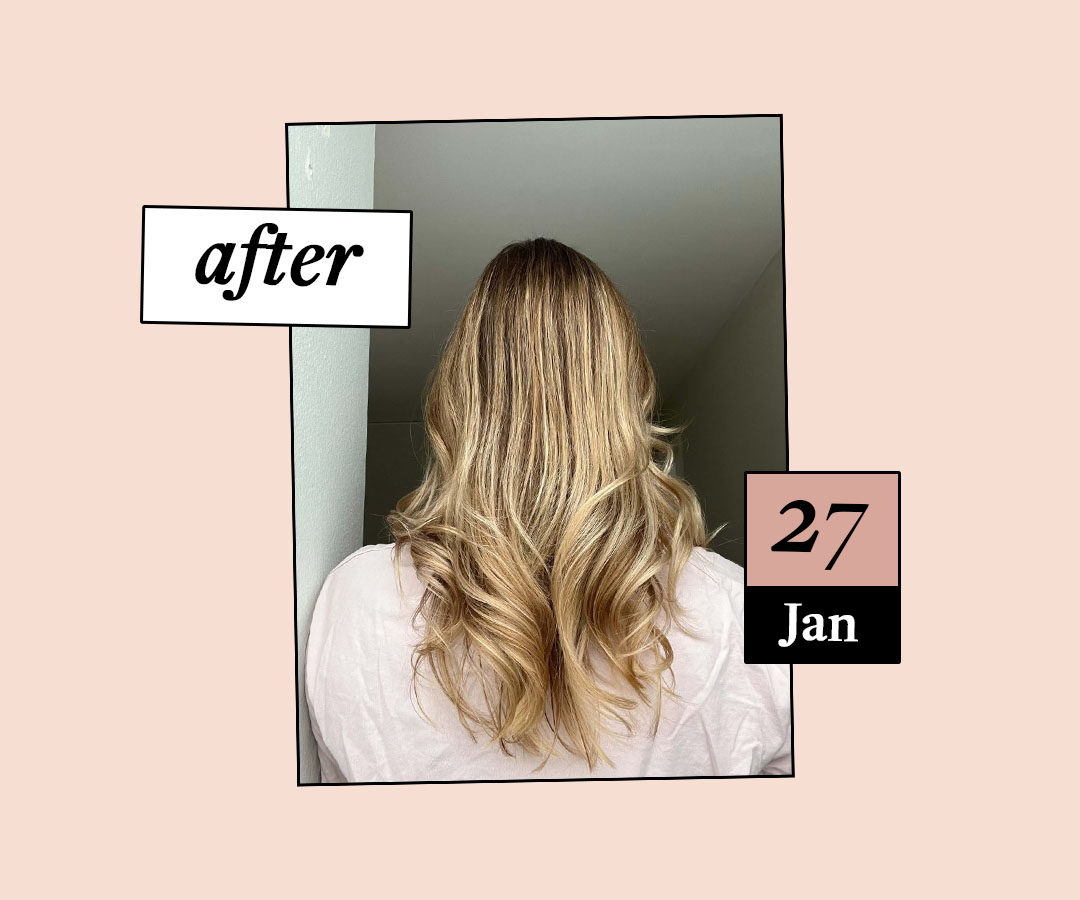 After two straight months of my Olaplex journey, I can honestly say there’s a huge difference in my hair. It is truly healthier—and not just in a superficial way. It feels like the entire Olaplex system has removed dozens of bleaching appointments’ worth of damage and has left me with the best hair I’ve had since I can remember.

Not only that, but I’ve also noticed a remarkable amount of growth. Ever since my aforementioned chop, I’ve been trying to grow my hair out, and I have noticed far more growth since my last hair appointment than I generally do (probably on account of it being healthier).

Olaplex products get a lot of hype online, and I can say that it’s for a good reason. The products really do as they promise, and if you want healthier hair, I don’t think you could find anything better to get you there. 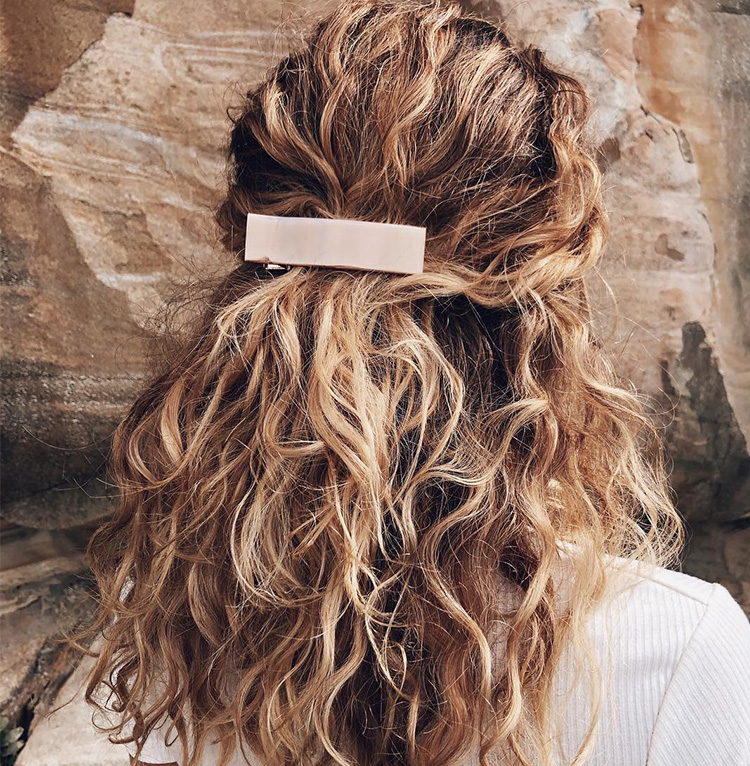 Are Expensive Hair Products Worth It? Here’s the Lowdown on Drugstore vs. Salon
read more