I love a good, suspense-filled thriller more than most people. So when I saw that Netflix dropped the absurdly long title of The Woman in the House Across the Street from the Girl in the Window, I had to give the thriller-parody hybrid a whirl. The story follows Anna, who is completely terrified by the gruesome scene she witnesses one night. Played by Kristen Bell, Anna is insistent that she knows what she saw, and, if anyone dares disbelieve her, believes that they must be in on the murder too.

A satire at its core, The Woman in the House left me emotional, laughing at Anna’s antics but also on the edge of my seat to figure out exactly how the eight-episode series would end. At 30 minutes each, the entire suspense-filled series is completely bingeable—and let me tell you, I definitely binged it. And with just the right number of allusions to my favorite thrillers, commentary on the genre as a whole, and a protagonist who’s unreliable but also kind of lovable, this might just be the best thing I’ve streamed in a while.

Here are a few of my favorite parts of the show that make it the perfect parody for my fellow thriller lovers who want a break from the genre—but be warned: There are a few minor spoilers!

The Show Doesn’t Back Down From Satirizing Other Thrillers

But The Woman in the House didn’t just spoof The Woman in the Window; the show didn’t hold back from poking fun at the entire thriller genre. We see the trope of the unreliable woman who drinks way too much in Bell’s Anna, as she constantly ignores her psychiatrist’s orders to not mix alcohol with her pills—which also happens to be the only good advice he gives. Similar to The Girl on the Train, another story with a similar premise, Anna tries to play detective. Despite facing criticism from her neighbors and skepticism from police officers, she continues on in her sleuthing because she knows what she saw. Most thrillers also give in to extremism and show the female narrator having some insane fear or a manic episode in an attempt to make her seem vulnerable in an intense situation. However, when Anna collapses in the street or runs from the rain in The Woman in the House, Bell’s overacting and the show’s humorous storyline make us see this trope for what it really is: unrealistic to the point of absurdity.

Also an executive producer on the show, Bell’s experience in comedy and her ability to show the depth of a character were what made Anna feel like a sliver of a real person. Gone was the dorky girl-next-door type usually seen from Bell, and here was this borderline annoying hybrid of a manic pixie dream girl and a mother who’s been through a lot of trauma. It’s a hard mixture to imagine, but with Bell’s self-proclaimed “bad acting” in the series, it’s a role I couldn’t imagine any other actress in. Like, the fact that it was Bell was the only reason I wasn’t yelling at Anna through my TV screen as she broke more dishware than any Greek restaurant I’ve been to.

Bell’s own knack for comedy in opposition to a murder scenario somehow worked. Even as she attempted to interview potential witnesses or spiraled at the fear that a killer was in her house, her timing and ability to over-exaggerate an expression made me laugh out loud multiple times. While it was pretty apparent that this wasn’t a serious show—most notably when a steamy montage involving every possible piece of furniture in Anna’s house as what I can only describe as an inspirational instrumental played in the background—she was able to be both the funniest and most grounded part of the series. In moments where Anna missed her daughter, Bell was able to seem real and showed her own range. Because of Bell, Anna was (at times) likable and relatable, which made me root for her even as she broke multiple laws and insisted on befriending her shady neighbors.

Anna witnessed a murder last night!!!! But the bigger issue is her nosy neighbor, who just told their hot new neighbor that Anna has a drinking problem.

The Woman in the House Across The Street From The Girl in the Window is now on Netflix. pic.twitter.com/khQUcYghbl

As a Thriller Lover, This Was a Perfect Brain Break

As I have and will continue to scream from the rooftops: Thriller is my favorite genre because of the high stakes. So when The Woman in the House was advertised as a parody, I was expecting to replace my usual anticipation with laughter. However, there were a few, well, thrilling moments that kept me guessing who the killer could be. Since this is a series rather than a movie, there are twists and turns along with humor in every episode without feeling rushed or confusing. You might be on the edge of your seat as Anna faces a suspect all by herself in one moment and then chuckling at a hostage-taker who helps her send the perfect text in the next minute.

Since The Woman in the House doesn’t fit into one particular genre, almost any audience can enjoy it. While a typical thriller would usually confuse or frustrate me with drawn-out dialogue and plot holes, this show gave into the absurdity. From a montage featuring melancholy music over a backdrop of dogs as historical paintings to a cop who declares that the only thing her stripper suspect “slayed was his dance routine,” nothing really takes itself seriously. Yes, there’s still a mystery to solve, but the sheer ridiculousness of it all made the viewing experience fun rather than stressful.

From Anna’s wine-stained couch to her confusion over Instagram, there’s no shortage of entertainment. Though I couldn’t say I loved who Anna was as a person, these small moments of vulnerability and technology-fueled frustration made her a dynamic and captivating protagonist. Each scene pushes the story forward, so I was never bored in the entire time I binged the series. Whether I liked it or not, Anna’s offbeat sleuthing attempts kept my attention—though I’ll never really understand why she was attracted to her neighbor, who could have very well been twins with Joe from You.

Another aspect of the series that I appreciated was that it has some realistic characters. When Anna goes to the grocery store to overhear her neighbor gossiping about her drinking and depression, there was a touch of realism in the show’s commentary on addiction and those who couldn’t understand Anna’s grief. As Anna insists on searching for a murderer, she faces legal repercussions and is held accountable for her own actions. With hints at self-awareness and moments where the script almost seems to break the fourth wall, you might even feel like you’re a character in the mystery yourself.

The only thing that could ruin their romantic dinner is finding out he has a secret girlfriend you now have to cyber stalk.

The Woman in the House Across The Street From The Girl in the Window is now on Netflix pic.twitter.com/HqYFrAFTzf

When I finished this series, I had to take a minute to wrap my head around what I just watched. With a plotline that kept me engaged and characters I either loved or loved to hate, this gave me the same kind of feeling I might expect from a playful mystery novel I’d curl up under a blanket and spend the evening reading. Though a satire, the mystery has twists and turns and unexpected oddities in every episode.

This offbeat mystery is the perfect show if you’re looking for a comedy with an edge. I binged the entire series the day it premiered, and with the number of cliffhangers, you’ll probably watch it in one sitting too. With cringe-worthy painting montages, neighbors with their own embarrassing secrets, and banter between hostage and captor, The Woman in the House doesn’t take itself seriously but still satisfies the mystery-craving thriller lover. So if you’re looking for an offbeat, satirical show, grab some chicken casserole—just, please, don’t break the dish—and see if you can identify the culprit before Anna does. 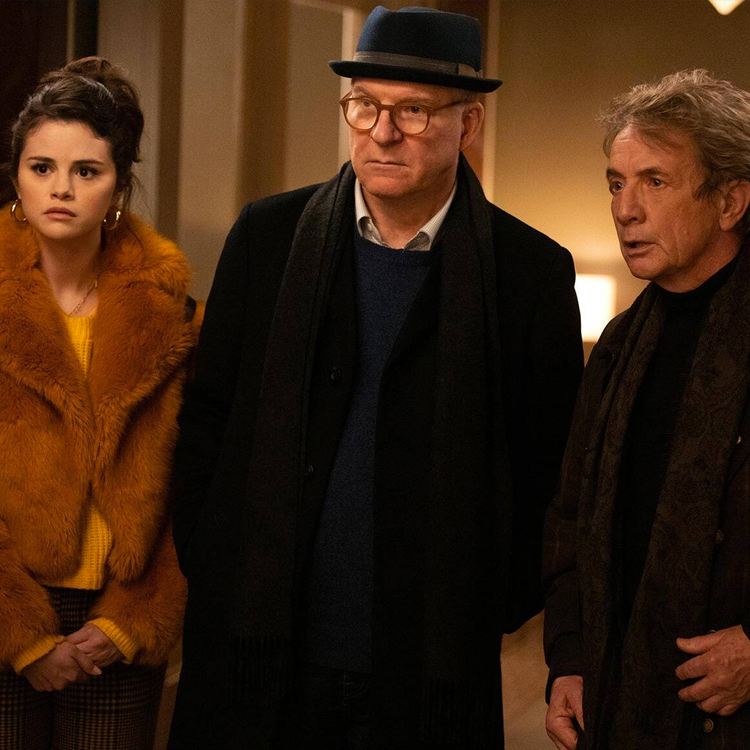