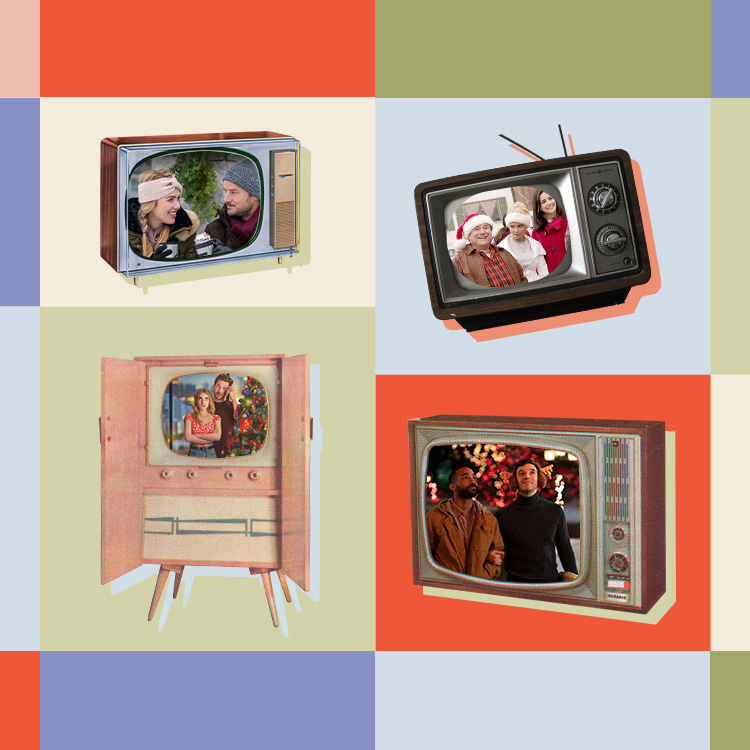 It happens to me every time I sit down on my couch to watch something: I’m in the mood for a holiday movie, so I decide to just browse all the streaming apps to find something that looks interesting and press play. However, it seems to never be that easy. There are so many holiday movies out there, and there’s a clear divide between the mainstream ones that everyone has seen before and the ones that are hiding under the radar.

Although I truly love a good rewatch of a classic (I could never get sick of watching The Holiday), sometimes I’m just craving something different. We’ve pulled together a list of 12 of the best underrated, hidden gem movies across the most popular streaming platforms so that you can get yourself out of that holiday movie rut. Some of these movies are ones that you may have missed and some are underrated ones that have been around for a bit that you may have forgotten about.

Grab yourself a glass of wine, your favorite comfy blanket, and a festive set of pajamas and cozy up with one of these holiday movies:

Kat Graham, known for her iconic role in The Vampire Diaries, stars in this charming Christmas rom-com. A congressional assistant is tasked with investigating a U.S. Air Force base in Guam, and an Air Force captain is chosen to show her around the base and convince her that it should remain open. If you’re looking for a sweet, Hallmark-style movie, Operation Christmas Drop is a great choice for you.

When two strangers (Emma Roberts and Luke Bracey) are fed up with being asked if they’re still single during the holidays, they agree to be each other’s platonic plus-ones all year long. This is one of those feel-good, underrated Netflix gems that is just too cute not to watch. Plus, who doesn’t love Emma Roberts and any man with an Australian accent?

3. Christmas with the Kranks

Where to watch: Prime Video

OK, so maybe you have seen this movie before, but I stand by the idea that it’s a true hidden gem—and maybe you’ve forgotten about it after all this time. The Kranks (Tim Allen and Jamie Lee Curtis) are finally alone for the holidays after their daughter leaves for the Peace Corps, and they want to celebrate—so what better way than to take a cruise in the Caribbean? But when their Christmas-obsessed neighbors discover that the Kranks are skipping out on Christmas this year, they won’t stand for not winning the annual “best decorated street” competition.

Amy (Mila Kunis), Carla (Kathryn Hahn), and Kiki (Kristen Bell) are already overwhelmed this holiday season, so the last thing they need is for their moms to come to visit. But when they do, this all-star cast makes this one of the funniest Christmas movies we’ve seen so far.

The life of Steve, a suburban dad and Christmas enthusiast, is upended with the arrival of his new neighbor (Danny DeVito). His neighbor wants to illuminate his house with enough holiday lights to make it visible from space, but Steve is determined to outdo him. This is a great movie to watch with your family that will have everyone laughing.

Where to watch: Prime Video

When Emma’s recently widowed father starts dating her 29-year-old high school enemy from across the street, all hell breaks loose. Emma sets out to destroy their relationship, but along the way, she builds surprising relationships with her dad, his girlfriend, and a handsome bartender.

7. Midnight at the Magnolia

Longtime best friends and radio co-hosts Maggie and Jack decide to fake it as a couple for their family and their fans until New Year’s Eve at midnight in hopes of striking the biggest deal of their careers, but everything leading up to the big moment changes their initial plan.

Technically, this is a TV series, but it’s an adorable hidden gem that simply had to be included. Two teenagers start to fall in love through trading notes in a notebook that they pass back and forth at different locations around New York City. The series is fast-paced, and we love the character development and chemistry between the main characters. It’s the perfect holiday series to binge-watch over Christmas.

With a star-filled cast, including Diane Keaton, John Goodman, and Olivia Wilde, Love The Coopers is a rom-com you don’t want to miss out on. For their annual Christmas Eve celebration, the Coopers welcome four generations of extended family. Every person has their own set of problems, but they quickly rediscover the importance of kinship and the spirit of the holiday.

Peter convinces his best friend Nick to join him for the holidays and pretend like they’re in a relationship to avoid his family’s judgment about his single status. When Peter’s mom sets him up on a blind date with another man,  things get complicated between Peter and Nick. With stars like Jennifer Coolidge and Kathy Najimy, this movie is both hilarious and heart-warming.

The son of a wealthy real estate agent poses as a ranch hand to try and close a deal to buy a dairy farm. He soon meets Callie, one of the owners of the farm, and the two develop feelings for each other despite their different backgrounds. If you’re looking for a film that isn’t too “Christmasy” but still has a holiday vibe, this is the perfect option to add to your list.

To get her inheritance, an heiress must deliver a special Christmas card to her dad’s former partner in Snow Falls. But when a snowstorm strands her at the town inn, she discovers the true meaning of Christmas. This is another enjoyable, Hallmark-style movie that shows the importance of traditions. 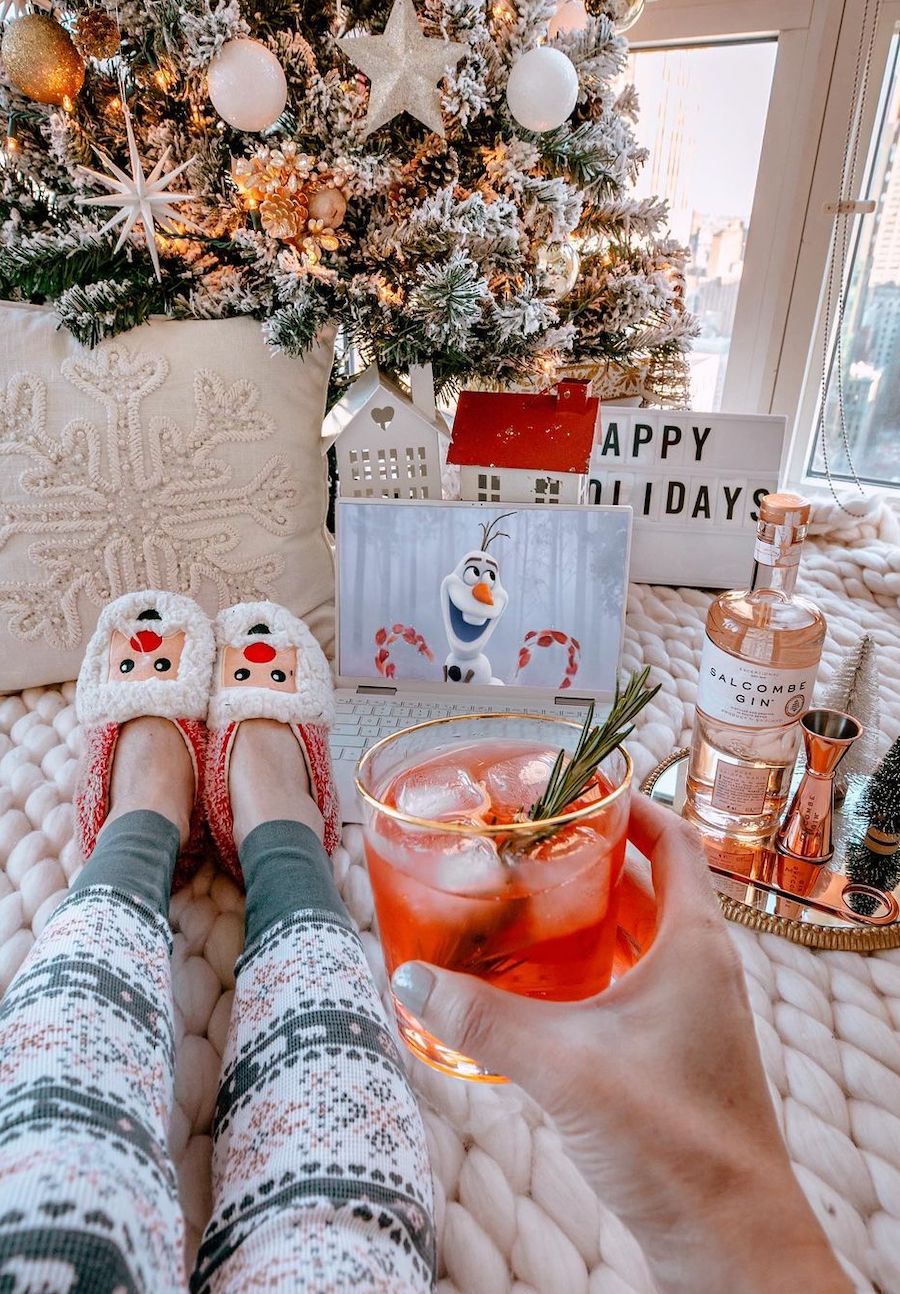