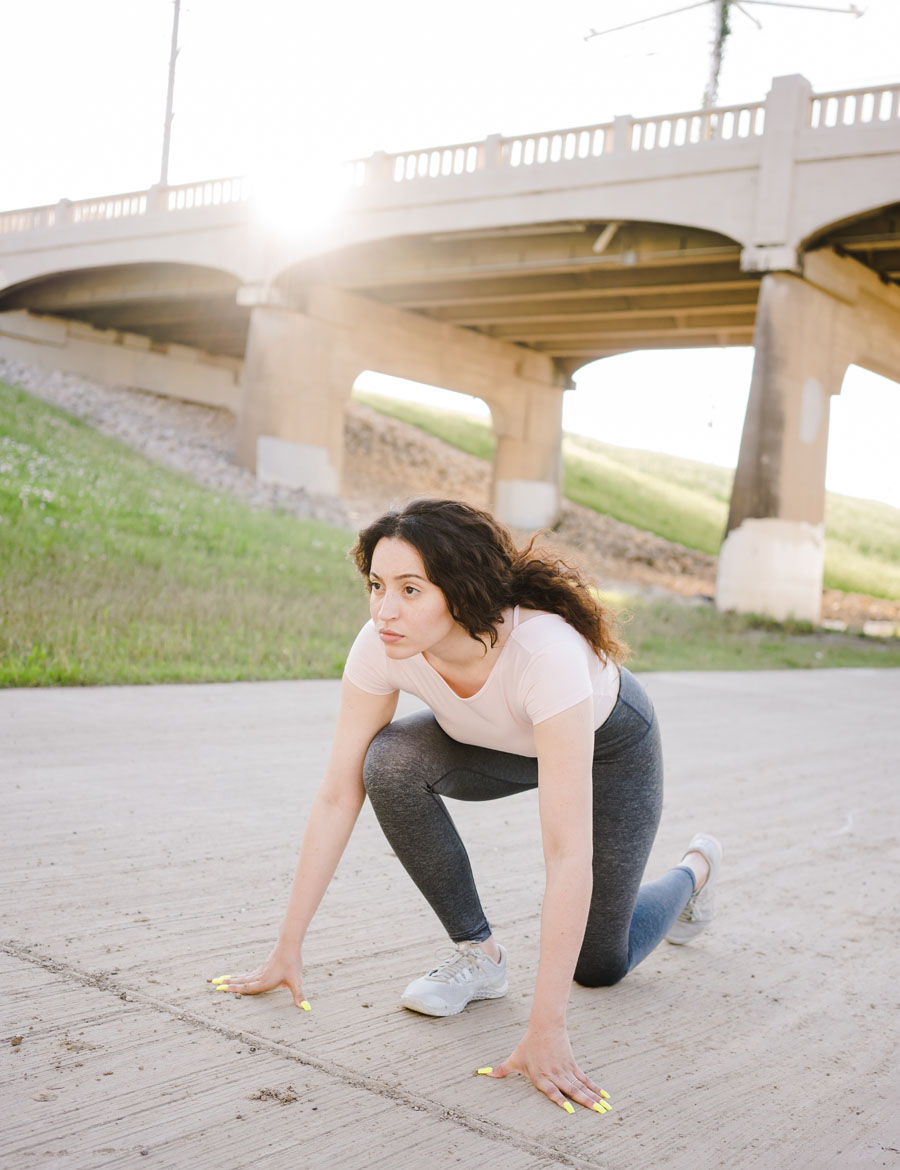 The alarm would go off at 5am. I’d hit snooze for just five more minutes, which turned into 10, then 20 — then suddenly I’d worked myself out of time to go to the gym rather than actually worked out.

A few years ago, this was my daily struggle. I found myself in a slump — both mentally and physically. I’d just recovered from hip surgery, which ended my burgeoning running routine, and I’d gained weight and lost muscle in the process. Workout videos at home had worked for me in the past, but with spotty regularity and prior to moving into a second-floor apartment. In an effort to be more consistent and not have my downstairs neighbors hate me, I decided to join a gym.

Quickly, I discovered that I’m a genius at talking myself out of gym time after work. Shifting from my night owl ways to become a morning gym-goer was a struggle. Not to mention, the weights were intimidating and I wasn’t sure where to begin. After some trial and error, I found classes that I looked forward to attending, and it created a routine that’s been working for me for more than two years now.

It’s when I pared back and made the process as simple as possible that it stuck. And, with a few practical steps, it can easily be replicated, regardless of skill level or previous fitness regimen.

1. Try new things and listen to your body

Maybe the idea of crushing the cardio machines for an hour makes you want to cry, or maybe yoga is just a little too yin for your style. Don’t sign on the dotted line at a studio or gym just yet, there’s no need to rush it. Try a variety of classes or workout formats until you find the thing that you get jazzed about. Not all of us are going to find the experience exactly thrilling, but hopefully you’ll at least find something that makes it easier for you to get up and go.

If you’ve recovered from an injury, had a baby, or gone through any significant physical change, you know first-hand that what used to work for your body may no longer be an option. Other times it’s our goals that evolve, leaving us to figure out what activity is necessary to achieve those milestones. Rather than forcing your body into something that isn’t up to or that you simply don’t find mentally engaging, play around and figure out what’s best for you.

It could be an online workout challenge that’s focused on body positivity, a barre studio that makes you feel the burn, or a spin class where the lights are low and the bass is bumping. It could even be something as simple as an afternoon walk around the neighborhood. Once you find it, stick to it, and check in with your body periodically to make sure it’s still the right option for you.

2. Pick a time to workout and remove all obstacles

Humans make thousands of decisions a day. That many choices can lead to decision fatigue, which makes it difficult to say yes to the things you know you should, especially at the end of a long day. By making a game plan for fitting in your fitness the night before, you’re less likely to talk yourself out of it when it’s time to make the choice to go or not to go. Make sure you have your gym clothes in your bag, ask your roommate or partner to walk the dog, and even meal prep dinner so you don’t have to take the time to cook after your workout is done.

If you’re trying to make mornings work, figure out how to get your body and brain on the same page. Know you’re just going to keep hitting snooze? Set a second alarm that’s inconveniently located across the room, requiring you to stand up and walk over to turn it off. Put your workout clothes out the night before, meal prep your breakfast for a quick grab-and-go option after you run through the shower, and pack your bag with the essentials for getting ready at the gym.

Be realistic about your habits. Whatever potential obstacles you anticipate, address them the night before. That way, as the day drags on or you’re trying to motivate yourself in the morning, you’ve already put things in place to make fitness a priority.

3. Shift your mindset to remain accountable

If you’ve attempted to create a workout routine before, you know that saying you’re going to do it is the easy part — actually making it happen is where the real challenge lies. When we say we want to overhaul our habits, it can feel daunting.

Rather than boldly trying to go from zero to 100, simply commit to showing up for yourself for five days in a row, then extend that commitment a few days more, and then a few more after that. Before you know it, you’ll look up and realize that you’re in a routine. When you stop trying to tackle it all at once and instead take on your goal in small spurts, it will shift your mindset. This removes the pressure to make a drastic lifestyle shift, and instead becomes an incremental daily choice.

If it’s still hard for you to show up on a regular basis for a few days at a time, find a workout buddy. The combination of an activity you enjoy with someone you enjoy doing it with will make it easier to show up — or at least harder to cancel. (Because there’s no accountability quite like leaving your friend hanging at the gym at 6am).

Changing our habits is hard, and the pressure to just “toughen up” and make it happen is often not effective. Give yourself some grace and pare down the steps to reach your goals. When you do, you’ll be surprised to see that less really is more. 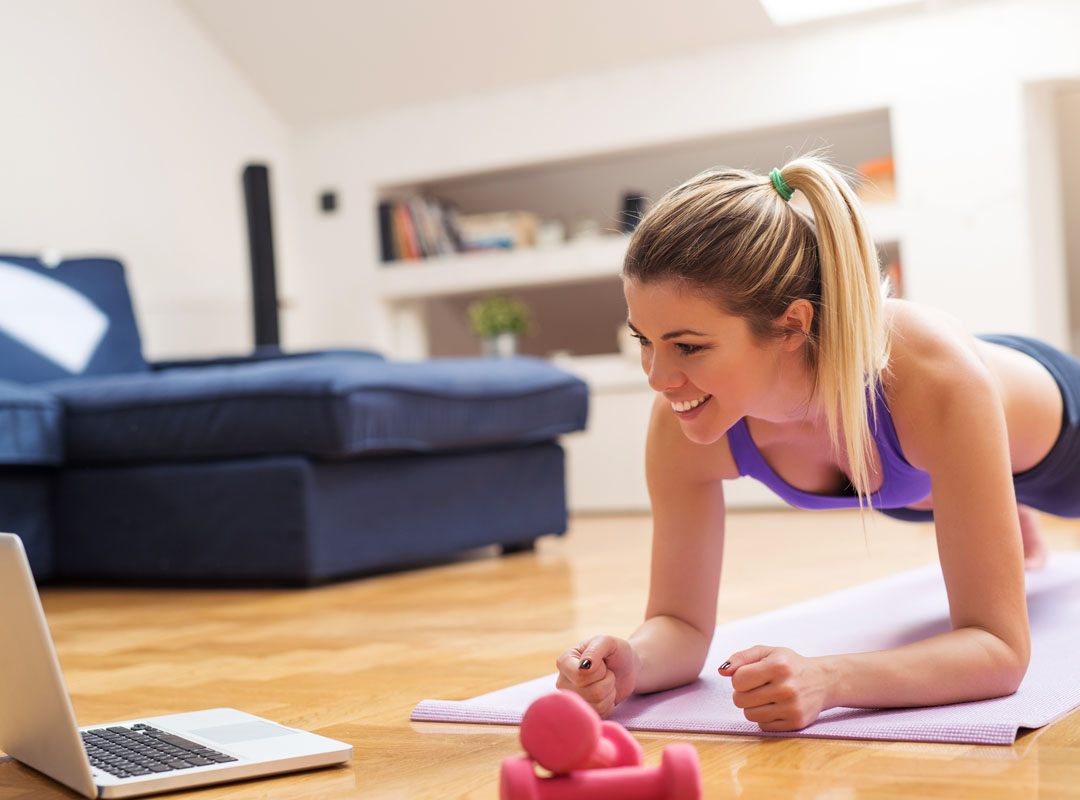 I Ditched My Gym Membership Thanks to These Amazon Buys >>