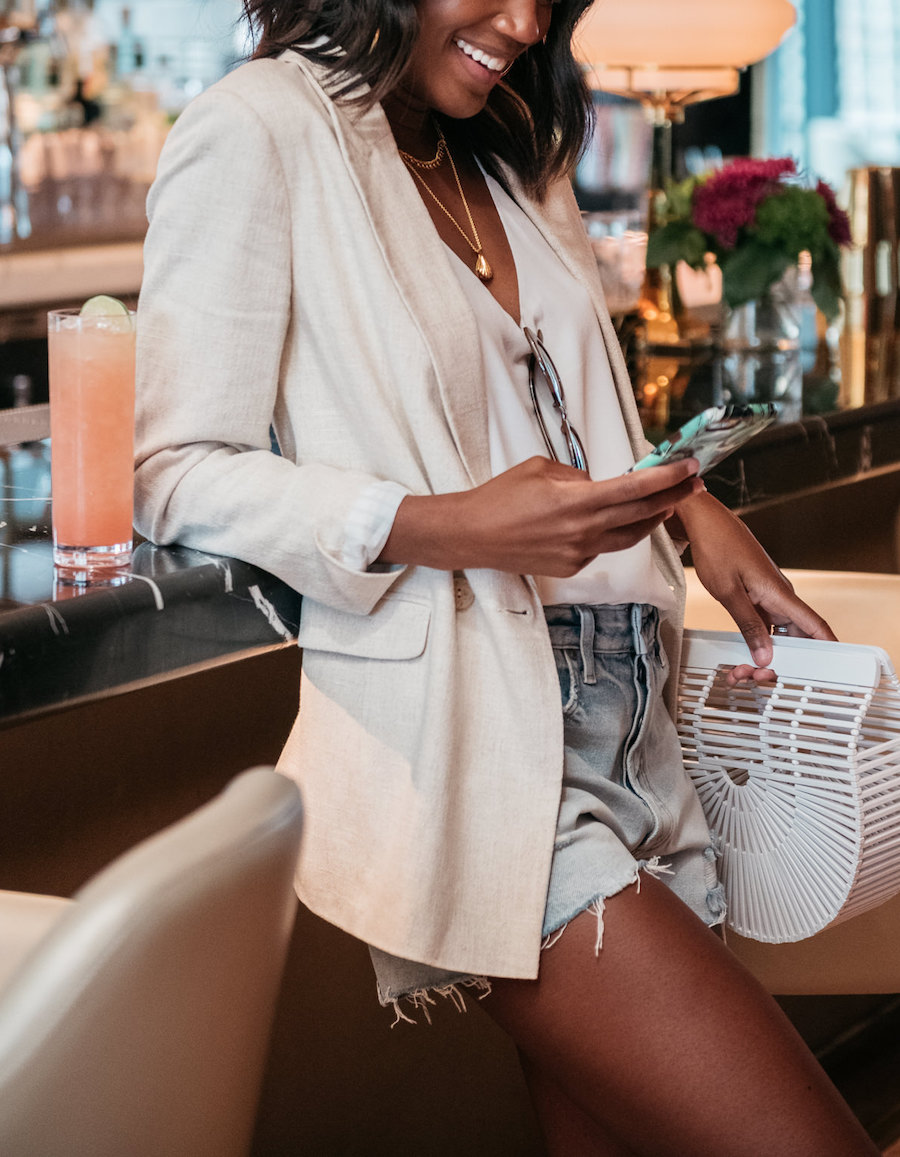 We met for beers in a bar that would close down just a month later. We had been chatting online for a couple of weeks beforehand, lengthy messages that made him seem funny and erudite. We discussed our favorite books, and I began to feel a hum of excitement when his name popped up on my phone screen. The warning signs only came when he changed his Hinge bio a day before we were due to meet.

“You should not go out with me if you use dating apps to collect Instagram followers to validate your vanity, or if your bio is ‘love dogs and travel’ because you’re a walking cliché,” he complained. There was no hint of irony in the fact that in three of his five pictures he was clutching an earnest looking, pocket-sized pooch — in the remaining two he showed off a yoga trip to India and a jungle trek.

“Do I cancel?” I asked my dating-active work colleagues.

I’d been in the game long enough to spot the warning signs. Hypocrisy, a declaration of how utterly jaded you are with online dating, and shunting women into reductive stereotypes are all up there.

So I squeezed into my favorite skinny jeans and swigged a gin and tonic for Dutch courage as I got ready. But the only thing that I ended up surprised by was how impossible it could be to get a word in edgewise in a two-way conversation.

“I’m just so sick of dating apps,” he whined without invitation. “Girls are all the same. They’re just looking for an ego-boost and then there’s nothing to them when you actually meet up.”

“You sound like you need a break—” I started, but was quickly interrupted and went back to sipping my beer in bemusement.

On the walk back to the train station, he had blithely filled me in on why it was important that women should bear the burden of contraception, because taking hormones could make men less masculine, whilst women had relatively little to worry about. This came in response to me mentioning how I had almost died as a side-effect of taking hormonal contraceptives. I assumed there was little need to discuss the fact that we clearly wouldn’t see each other again, yet the letting-me-down-easy message came minutes after we had parted ways.

“You’re gorgeous (your eyes are something else) but I couldn’t seem to find a rhythm in our conversation,” it read. “P.S. Article idea: your next one should be titled ‘You are unique just like everyone else: dating app clichés’. Plenty of content to cover.”

My friends and I howled with laughter. The best performers in the world will tell you that rhythm can indeed be hard to find during a monologue. I archived our WhatsApp chat and got back to swiping.

It wasn’t until a few days later, retelling the story with extra embellishments (“and then he mansplained periods to me!”) that I realized. Sure, this guy was probably never in the running to win a feminist-of-the-year award. But it was clear that he was letting a few bad dates and disappointments completely cloud his view of women. Dating was bringing out the worst in him. Could it be possible that it was doing the same to me?

It was clear that he was letting a few bad dates and disappointments completely cloud his view of women. Dating was bringing out the worst in him. Could it be possible that it was doing the same to me?

Although I had long been a fully-fledged dating app devotee, I had never taken much time to examine my behavior before now. My last long-term relationship roughly coincided with the rise of apps, and I had emerged, blinking into a brave new world where I could secure my next hook-up from the safety of my own home. I threw myself into it with gusto, embarking on flings, short relationships, and bouts of singledom. I quickly learned that our love lives were no longer a binary thing, a place where you are either single or coupled up. We were all constantly shifting between seeking out our next suitor, getting to know a parade of people, and navigating the tricky terrain of falling for someone in a Tinder age, where exclusivity and the question of when exactly to delete your apps had firmly overtaken meeting the parents and becoming Facebook official.

Yet the shine of swiping soon wore thin. The thrill of picking out my dates with the same digital greed with which I would order Deliveroo got old. I decided to knuckle down and actually try and meet someone. Most of my friends were starting to settle and move in with partners. Wouldn’t it be nice to bring an actual person to our dinner parties and get-togethers instead of anecdotes about disastrous dates?

The thrill of picking out my dates with the same digital greed with which I would order Deliveroo got old.

With the sheer number of options on offer, I assumed that finding love would be easy. But by the time that my ill-fated date with the mansplainer rolled around, I had had enough disappointments to have my coupled-up friends preemptively reaching for the Ben and Jerrys and lining up Bridget Jones on Netflix every time I declared that I’d met someone new. My date may have admitted that he was jaded by the process, but in reality I felt much the same — I just had the good sense not to advertise it in my profile.

The rise of dating apps means that love and sex are always at the forefront of our minds, whether we’re at the singles table at a wedding or sitting on the sofa in our pajamas eating pasta and watching the latest true crime documentary. When your perfect partner is, at least in theory, only a few clicks away, you are constantly switched on to what you have to offer someone. And if things aren’t working out this can start to seem like not very much at all.

The rise of dating apps means that love and sex are always at the forefront of our minds, whether we’re at the singles table at a wedding or sitting on the sofa in our pajamas eating pasta and watching the latest true crime documentary.

Consequently, I had become accustomed to cooling off on people at the slightest suggestion that a new paramour might not be the perfect match for me. I plugged endless hours into trying to meet someone whilst simultaneously keeping everyone I met at arms-length. I may have been less willing to vocalize my feelings than my disillusioned date, but I was just as quick to write people off. Like him, I had low expectations of everyone, but more than this, I had increasingly low expectations of myself.

So after I’d filled my friends in on what I had by now decided would be my last dreadful date, I went home and deleted my apps. It wasn’t in a fit of exasperation or in the hopes of finding someone new in the fabled realm of real life. I didn’t want to step away from dating apps because my misogynistic date was right about their issues. I stepped back because meeting him showed me a version of a person that I fervently did not want to become.

Six months on, and I’m back to dating casually, but now with little focus on coupling up. My meet-ups tend to be a few drinks and a deep dive into someone’s psyche for a few hours without any expectation. I have fun with people and genuinely enjoy their company instead of weighing up their words to try and figure out if they really are ready to settle down. When you have decided that your default mode is singledom, the pressure is off.

When you have decided that your default mode is singledom, the pressure is off.

Now, when I see my friends, they still ask me if there’s any dating news to share. There never is. Instead, I tell them about my travels, my writing, the girl from work with whom I have a long-running feud. We still have plenty to share and laugh about, but now we share and laugh about things that I genuinely care about instead of people whose names I won’t remember in a few months’ time.

Without trying to keep up with a steady string of communication with people who I’ve never met, I check in on my friends more often. I agreed to be my one of my closest friend’s Maid of Honor and am busy planning her bachelorette party. I counsel my childhood best friend through his many dating dramas and then we get drunk together and joke about being each other’s back-up plan. Instead of date nights with strangers, I arrange date nights with my housemate and we prepare an elaborate meal and share a bottle of wine. I spend the time I used to spend swiping caring for my body by working out and caring for my soul with writing and rereading my favorite books. Instead of trying to find one person to love, I have found many — and I am one of them.