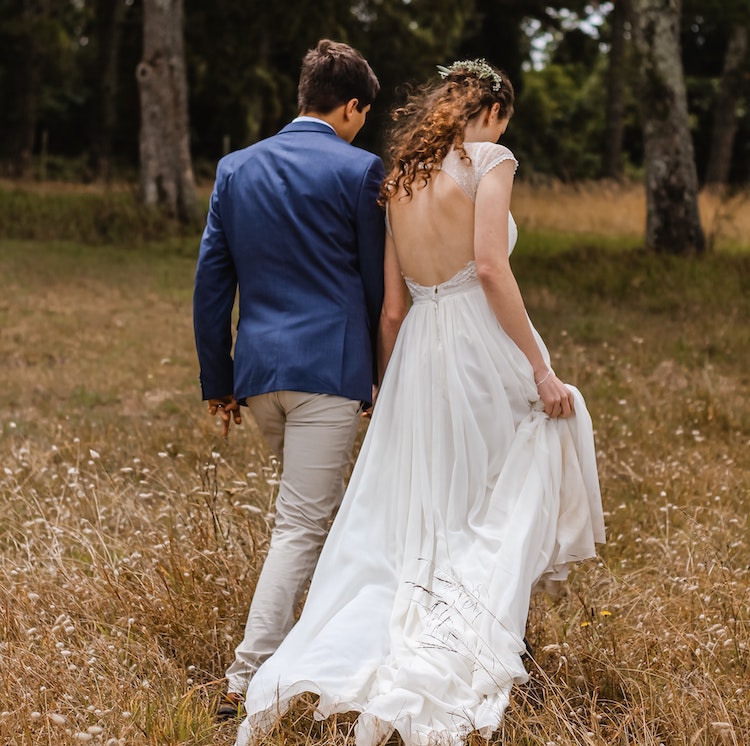 That old adage of the first year of marriage being the hardest doesn’t have to ring true anymore; the early days of marriage should be one of the happiest periods in your relationship. With more and more couples functioning similarly to married couples before they walk down the aisle, there shouldn’t be that many big surprises or adjustments in store after saying “I do.” The one thing that could get in the way of those blissful early days? Wedding debt.

While being engaged, planning a wedding, and enjoying the festivities can be extremely fun and rewarding, overspending on your wedding day may just cancel out some of the joy the act of getting married brought you.

A 2019 study by LendingTree found that 45 percent of newlyweds went into debt for their wedding. Sadly, that debt led to its fair share of marital strife. We’re not trying to scare you off from having a big wedding—we really love weddings at The Everygirl—but we do want to give you some food for thought before you hand over a check to yet another vendor.

Where the problems start

It’s no secret that weddings are expensive, and wedding vendors capitalize on the fact that couples and their families want the day to feel really special. The costs can mount quickly, and it’s really understandable that you can easily step over your budget.

What’s the worst that can happen?

While debt is very common, and is always somewhat stressful, wedding-related debt can put a unique strain on your relationship. Almost half of the newlyweds who went into debt for their wedding reported that their money caused them to contemplate divorce, whereas only 9 percent of couples who didn’t go into debt for their wedding said the same thing. Remember, these couples were only married for at most two years before the survey took place, which means side effects of wedding debt impacted their relationships very quickly. The wedding debt, in general, caused 36 percent of couples to argue about money often.

Obviously, most engaged couples won’t be too keen on the idea of divorce or about spending their early days of marriage arguing about their finances, so creating a realistic budget for their wedding that they’re both happy with is key. To avoid resentment over wedding day spending from building up down the road, have an open and honest conversation with your partner about what your wedding budget is. This conversation should extend to any family members who want to contribute as well. There is no point in being shy here, a lack of communication can only lead to more problems. Identifying how much you’re willing to spend as a couple on your big day—and actually sticking to that number—will get you both on the same page. Once you’re on the same page about what you can afford, there’s a better chance you won’t go over budget.

What if you and your betrothed don’t see eye-to-eye on wedding day spending? That’s OK! It may feel unpleasant to disagree when you’re in the midst of engagement bliss, but being able to disagree respectfully and compromise now will help you learn how to manage financial disagreements in the future. 48 percent of American couples who are married or living with a partner argue over finances. Learning how to navigate financial disagreements early on will hopefully help you avoid fighting about money in the future. Hiding your spending now or making big decisions without consulting each other aren’t healthy decisions to make for your finances or relationship.

If you do find yourself arguing about wedding spending, try to take a step back and figure out where the root of the argument really lies. Listen and be open to not getting your way, because that very well may be the outcome. Weddings can cause a lot of financial anxiety. The idea of an open bar might push one partner over the edge if they feel like they’re spending too much. For many people, a wedding is the first major expense they’ve had to face in their life and the whole process can be overwhelming. Try to keep both of your spending comfort levels in mind.

If a disagreement is beginning to form, ask each other the following questions to get on the same page before emotions start to run high.

Your wedding day, your rules

As soon as you get engaged, get ready for a lot of opinions to come your way about what your day should look like. Feel free to nod and smile and take their advice under consideration, but at the end of the day, try to focus on what’s important to you and your partner—especially when it comes to spending. The last thing you want to do is to go into debt because a well-meaning family member insists you need to have an open bar with all the fixings.

Sit down with your partner and write down your list of wedding priorities in order from top to bottom. Identify what is a “must-have” and what would simply be nice if there’s room in your budget. For what it’s worth, the couples surveyed reported that their most “worth-it” wedding expense actually happened after the wedding. Almost 27 percent surveyed chose their honeymoon! So don’t be afraid to have a simpler wedding day and go all out on the honeymoon of your dreams.