Every morning, I wake up, immediately go to the bathroom, and stare at my face wondering when I’ll magically have outrageous lashes like my friends and coworkers do after using GrandeLash. I’ve taken countless photos trying to see when my magical lashes will grow, and so far, they look pretty damn similar to the first photo I took two months ago. So until then, I’ll keep turning to mascara to fake it—which has drawn me to be extra curious about new launches and formulas I’m seeing hyped all over my Instagram and TikTok. On a recent lunch break peruse at Ulta, I got unusually swindled into purchasing Benefit’s biggest launch of the year, their sequel to the famed original They’re Real mascara: They’re Real Magnet Extreme Lengthening Mascara. 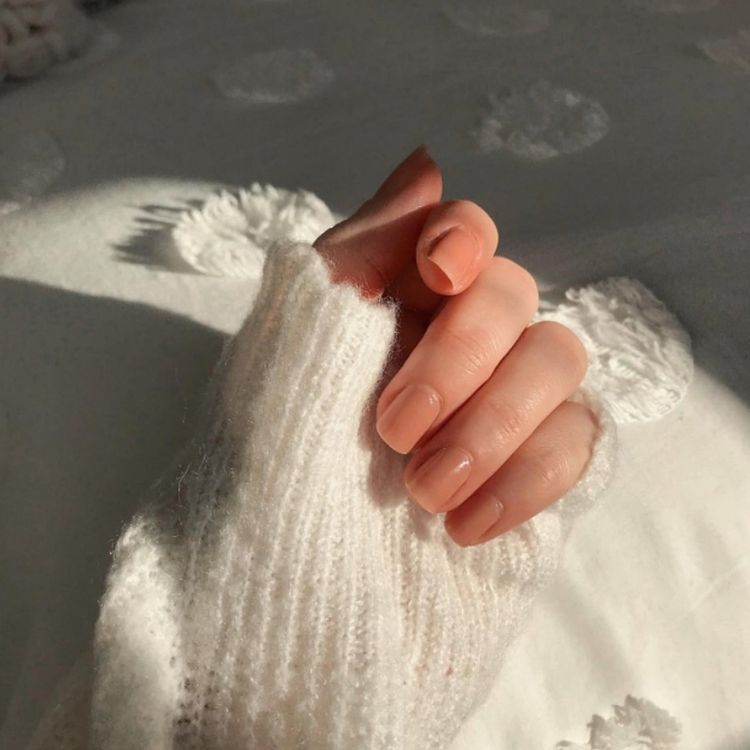 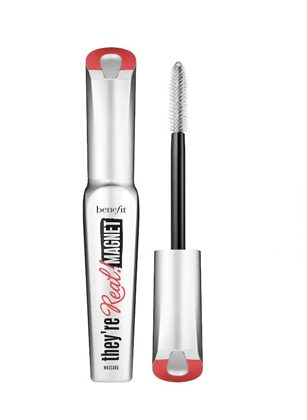 My lashes are a pretty average length, but because I have decent-sized eyes with a good chunk of lid space, it’s hard for them to look extra long (a perk small-eyed people might not realize!). And where I really lack is in volume. The fluffy, lash-extension look is something I’ve never been able to achieve with mascara alone because I have extremely fine and thin lashes, similar to my hair. They’re a medium-brown color and typically take well to dry mascaras rather than a really glumpy, wet formula. I also always curl my lashes—no exceptions. 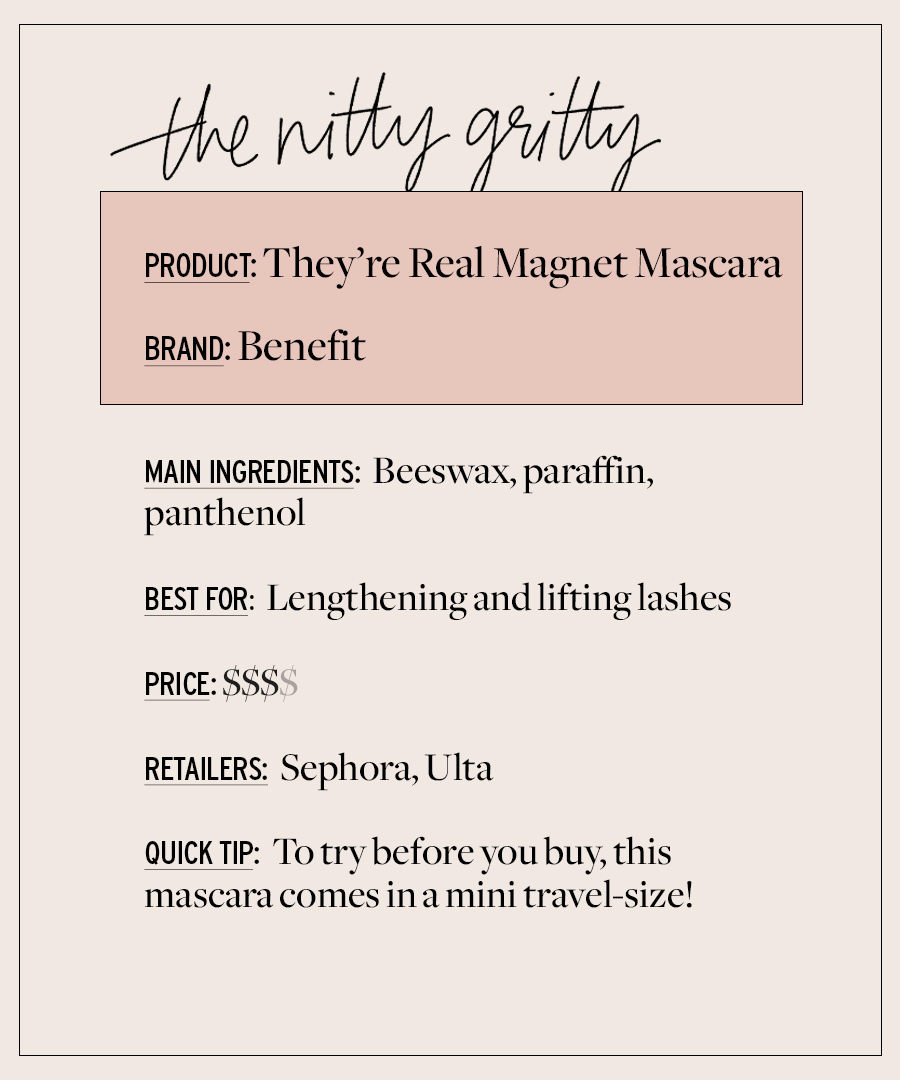 Benefit is known for quite a few cult-favorite makeup products, but their They’re Real mascara might be the #1. In a major launch for 2021, the brand released this new mascara, which includes all the assets people love about the original—lots of length, easy-to-use wand, and absolutely no clumps—but with even more bang. It claims major length, longevity (up to 36 hours of wear!), and lots of lift without having to curl your lashes.

However, the biggest claim is in the whole product design and theme: magnets. You’ve seen those magnetic false lashes kits before, and Benefit took that and flipped it on its head with this mascara. The core of the wand is magnetic, which works with the formula to add extra length and lift in the lashes.

I vividly remember the hype of the They’re Real mascara when I was in high school. Everyone I knew had it, loved it, and swore by it, but I never quite got it. I mean, it was a good mascara, but I’d tried better on the market at a cheaper price point (namely, Maybelline’s The Falsies, which is still one of our editors’ faves). But with claims like these, I was willing to give this one a test. 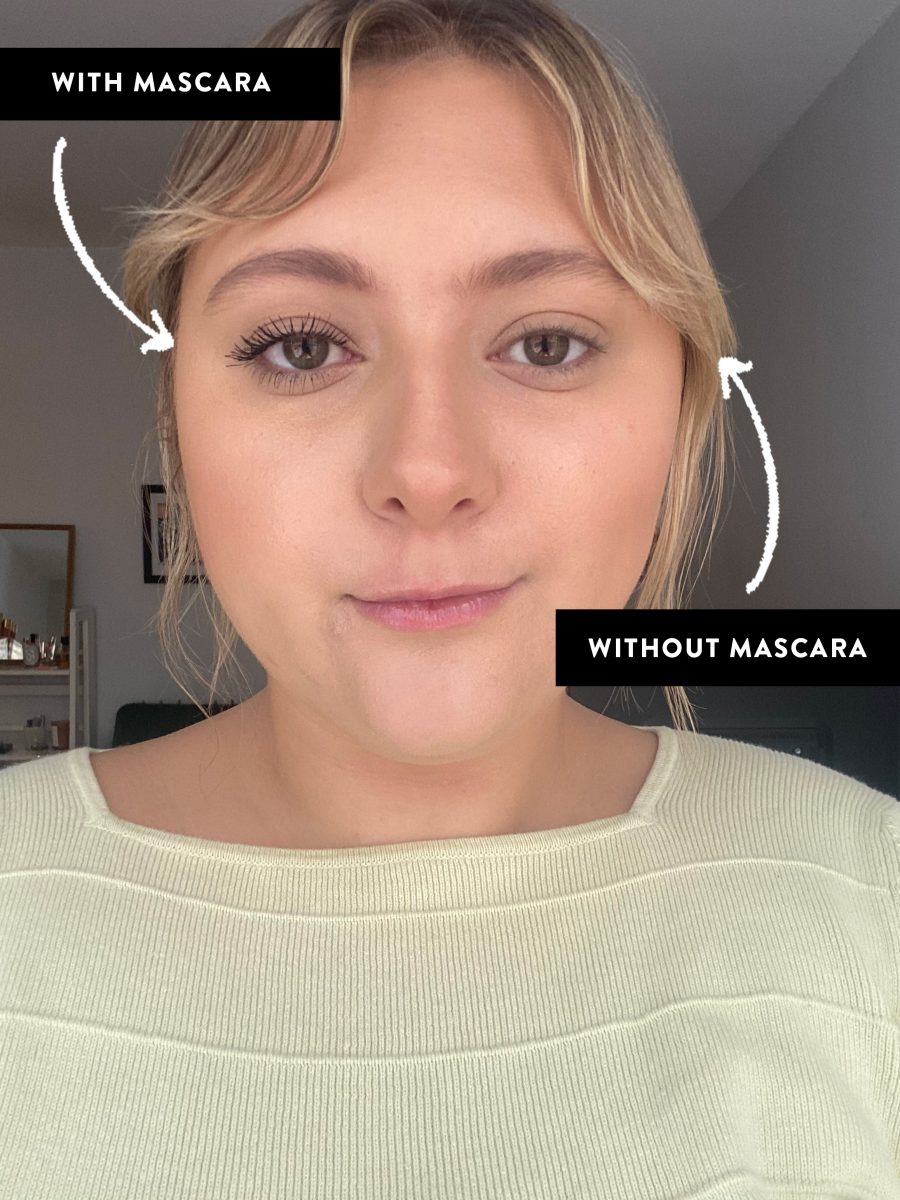 This is a synthetic wand with tons of little bristles that I can really feel grab every lash. I like that it isn’t a gigantic wand, so it’s easy to apply in the inner corner or lower lashline too. It doesn’t goop up too much product, especially on the ends where I notice that happens with other mascaras. The only downside is that because it doesn’t grab a ton of product, I have to dip back in a few more times than normal, but that likely also has to do with the dry formula.

You know how when people have eyelash extensions and they’re not wearing any other makeup, they look kinda freaky because of how intense their lashes are in contrast to a bare face? When I first tried this mascara, I took off all my makeup and did my lashes first because I was too enthralled to wait, and that’s exactly how I looked. My eyelashes were so thick and fluffy and dramatic that it honestly looked weird without any makeup on. That said, this isn’t for you if you like a natural look or want to wear just mascara, because it’s anything but natural.

This provides the most lash-extension-looking volume I’ve ever seen. I put this to the test, seeing how many coats it would take to get clumpy, and it was around five. When I used it for these photos I put about two coats on, meaning you’ll likely not experience much clumping with this mascara because you get your desired result so quickly. My lashes look so big and awake that I even feel confident on a Zoom call (which I thought was impossible). 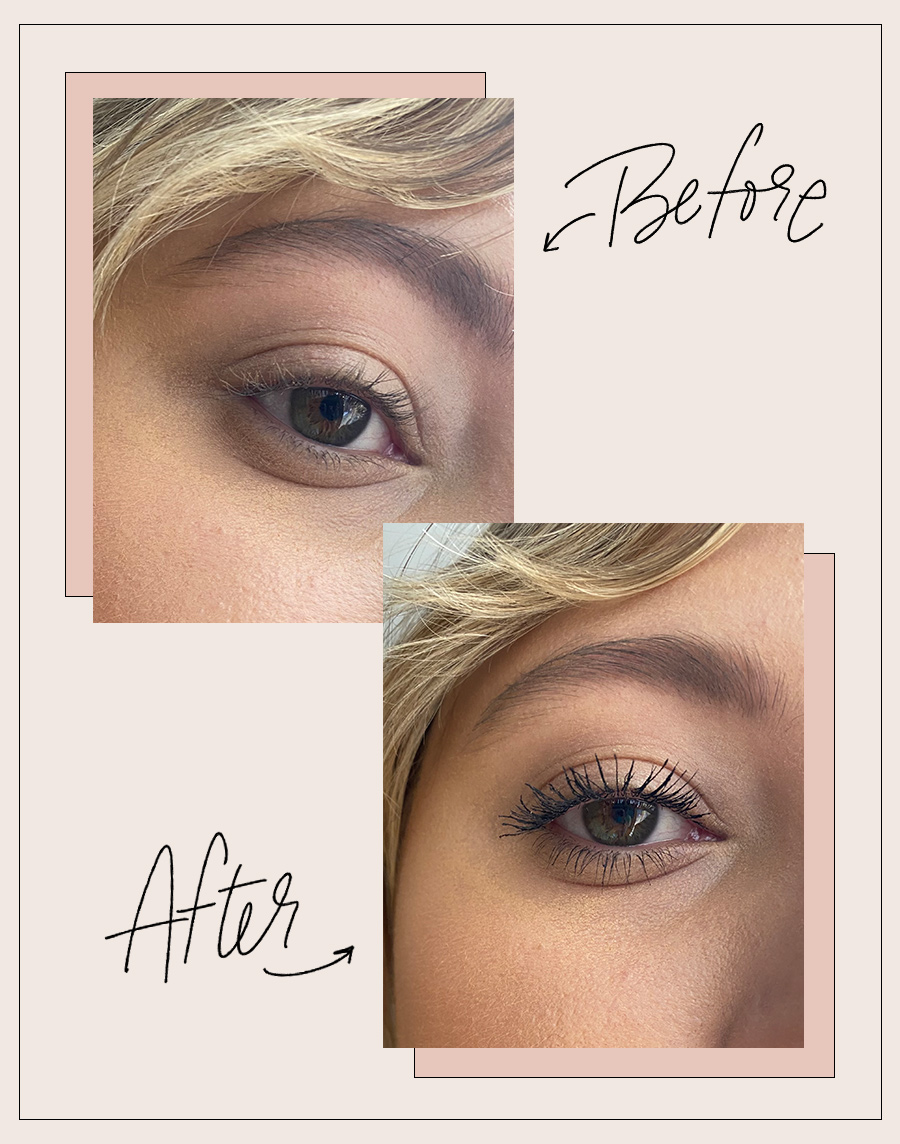 I rarely find mascaras that offer both the length and volume I desire (they’re either super long and thin or extra clumpy and short), and this ended that search for me. This makes my lashes look so long, which as explained above, can be kinda difficult with the shape of my eyes. It takes a lot for my lashes to go even near my brow bone, so when they do, I know I’m looking at a winner. As I said, I always curl my lashes so I didn’t try this without curling, but I could imagine it would still perform pretty well since it lifts and lengthens the lashes so well.

I wore this for the first time before a big night of drinking and dancing with close friends (meaning lots of sweat, a lazy night in where I did not remove my mascara before bed, and absolutely zero touch-up opportunities), and this stayed on all. Night. Long. I would never recommend anyone wear mascara for 36 hours, but I think it kinda holds up to that claim. It doesn’t flake off or smudge under my eyes throughout the day either, which was a major testament after a night of drinking and likely touching my eyes a less-than-ideal number of times. 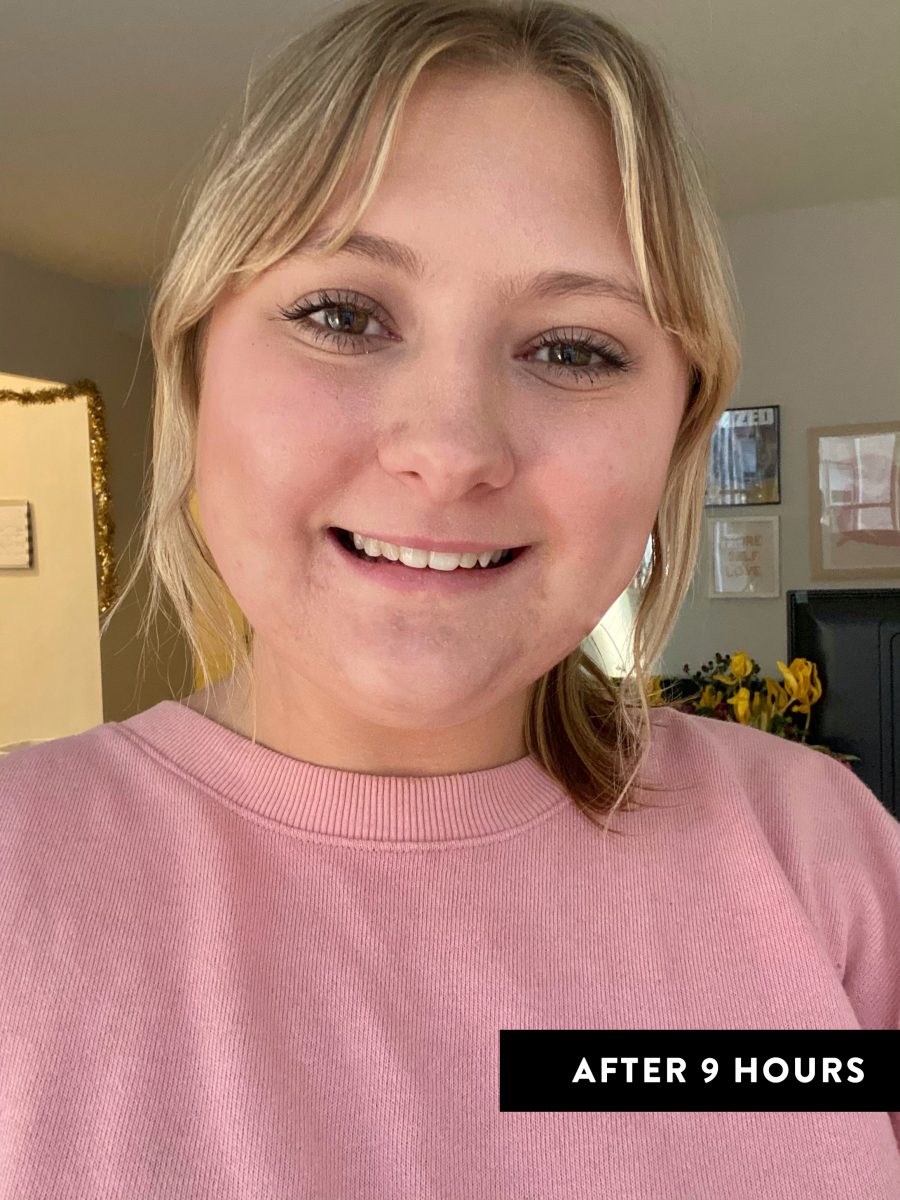 I am knocking this one point because I notice my lashes don’t stay as lifted throughout the day as I’d like. While they keep their volume and length, I would probably want to re-curl my lashes around the 10-hour mark. But I’ll 100 percent take that for the length and volume I get all day long (and who the heck really wears mascara for 10 hours these days?). It also did smudge a little bit under my brow from transfer while wearing my mask, but it was much less than other mascaras I own and I haven’t tried a single mascara that doesn’t do that while wearing a mask, so I can mostly ignore. I haven’t experienced this at all when I’m not wearing a mask either, which is a great sign.

This is not cheap—and even for a mascara at Sephora, it’s not priced particularly well, considering my other faves from Fenty Beauty and Milk Makeup are priced at $24. That is truly the only real downside to this product I can think of, so it’s completely worth it to me. 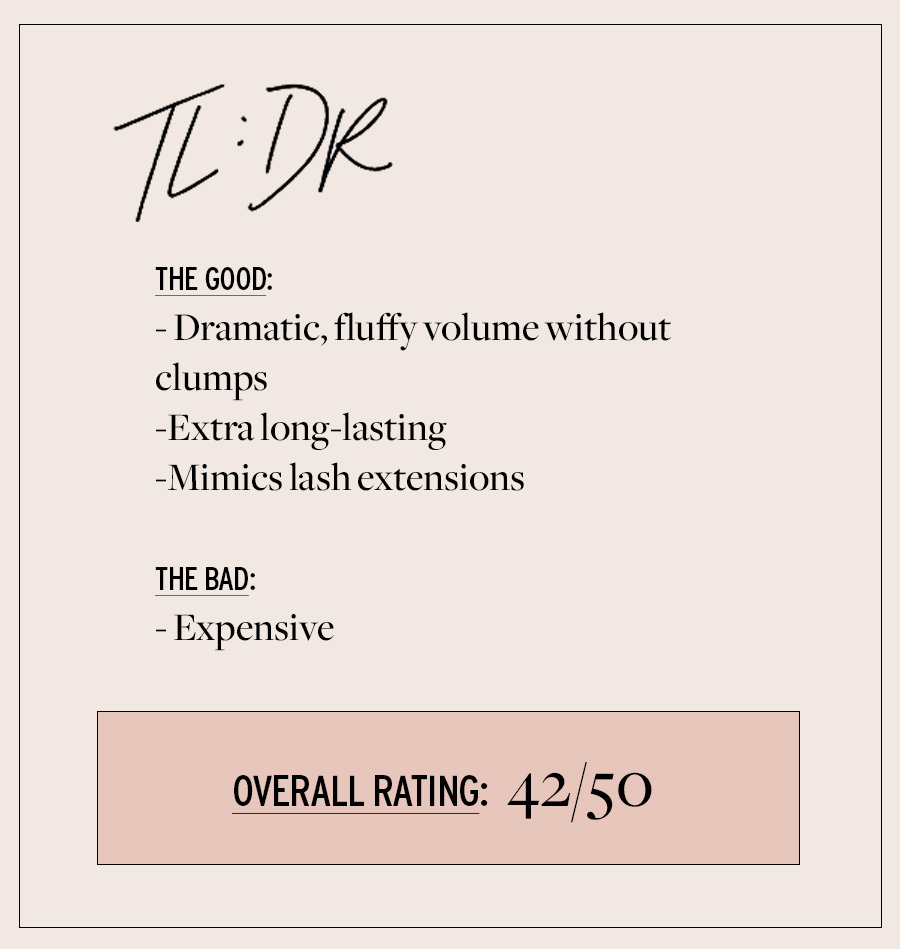 I don’t know how much I believe the whole “magnets” thing, but I do know this is the best mascara I have ever put on my eyes—hands down. I was absolutely blown away by the volume and length this mascara has, and it’s so good that I’ll gladly spend the extra money on it. I’ve raved about mascaras before, but this one was so good that I had to immediately share my love from the rooftops, AKA on The Everygirl. If you’re looking for dramatic lashes without heading to a salon, They’re Real Magnet is your girl.