“4:30am, eating a sausage mcmuffin and looking up the gestation period of animals” the queen of Twitter tweeted back in 2016. If you have been anywhere near social media in the last few years then you have undoubtedly come across one of these hilarious TMI tweets. As our country is split on so many controversies right now, one thing that most people can agree on is that Chrissy Teigen is reasonably one of the funniest and realist personalities on social media.

Starting as a swimsuit model, her career started to take off after posing for Sports Illustrated in 2010. From there, her personality drove her success as she starting working as a television personality on shows such as TMZ,  FABLife, and Lip Sync Battle. The model, wife, mom of two, and author is now considered to be one of the most influential individuals on social media. Chrissy uses this spotlight to spread awareness on social issues that are of importance to her, clap back at the haters, and finally bring the people the comedic relief they deserve!

As one of the most refreshing celebrities online today, Chrissy posts what she wants to when she wants to, and each time it leaves us falling in love with her even more. She’s not just a beautiful face to look at, but someone we can look up to for inspiration. The woman is always herself and that is something to admire. If you haven’t realized by now, here are some of the lessons we can learn from Chrissy Teigen:

Learn to laugh at yourself

No one can deny that Chrissy has a priceless sense of humor. One of the funniest things about her is her ability to laugh at herself. From acknowledging her awkward reaction face at the 2016 Oscars to reposting fans’ memes of her and John, she doesn’t take it too seriously and proudly laughs it all off. Life is too short and we all make mistakes. So, laugh at the small things and grow from the big ones. If someone with more than 32 millions followers across Instagram and Twitter can do it, so can you.

Stand up for what you believe in

When she’s not entertaining her social media audience with comical anecdotes (Chrissy Teigen’s 8 hour flight to nowhere live tweets) or posting the cutest videos of her kids, Chrissy is using her platform to stand up for what she believes in. She is not scared to be brutally honest when she needs to be and take the negative hits from those who don’t stand with her. From clapping back to the trolls who critique her parenting style to taking a stance on larger social issues, she’s not worried about hurting others’ feelings to stand up for what she believes is right.

When McKayla Maroney, Olympic gymnast, faced up to $100,000 in fines for testifying against the team doctor who molested her, Chrissy went to twitter to offer full support by paying the fine for her. She also spoke at a “Families Belong Together March” back in June 2018 to show her support for the freedom of immigrants. Not to mention all the times she’s tweeted about her open disapproval for the current government administration. Maybe you don’t need to take it as far as to get blocked by the POTUS like Chrissy, but using your voice to support your beliefs is important. Living in a country that even allows us to have a voice and share our own beliefs is something we take for granted far too often.

Wait for the healthy relationship you deserve

Chrissy and John give us hope that the perfect couple does exist. Though just like any couple, they aren’t going to post their hard times and fights. We can tell from what they do share that they truly love and adore each other. They support and celebrate each other’s success, and are even confident enough in their relationship to poke a little fun at each other. They, my friends, are what we call couple goals! If they don’t give you the inspiration to find someone who truly respects and admires you, then I don’t know what will. We’re not settling for anything or anyone less than we deserve in 2019, ladies!

Fun fact: the lyrics to John’s song All of Me was inspired by Chrissy. “Cause all of me loves all of you. Love your curves and all your edges, all your perfect imperfections” yeah, we’d like that too, please!

Open up about your issues

While many celebrities will try to hide their imperfections to the public, Chrissy openly talks about her flaws. Back in March of 2017, Chrissy shared an essay on her struggle with postpartum depression with her first child, Luna, with Glamour Magazine. She also discusses how her and John struggled with fertility for many years before opting for in vitro fertilization. By exposing the difficulties she has faced she not only received a great amount of support from her followers, but she allowed conversations to be opened up on the common problems many women face.

When you’re going through hard times, it is OK to open up and share your story. Whether it be talking it through with close friends or using your social media platform to raise awareness, getting it off your chest will feel great. You don’t need to fight your struggles alone. You’ll never know how much people will support and understand you if you never give them the opportunity to.

Don’t choose between being a mother and having a career

Working as a model, television host, and author all while being a mom of two, Chrissy proves that you really can have it all. With her New York Times best-selling cookbook Cravings: Recipes for All the Food You Want to Eat and now her latest cookbook Cravings: Hungry for More she has positioned herself as a working mom. Along with her cookbooks, she launched a line of cookware to go with them.

When one person tweeted at Chrissy saying all she does is “spend other people’s money”, she came right back with a picture of her from a Forbes article with only two words, “my money.” The article demonstrated that she was among one of the world’s highest paid models in 2017. Chrissy is helping to grow and strengthen the community of women who are no longer choosing between having a career and becoming a mother. She works hard but still is a devoted mom to Luna and Miles.

If you have recently been on her social media then you have probably seen the video collage she posted of her 2008 Miami Swim Week runway walks. She had what was considered to be the “perfect” model body for that time. After having two kids, she has come to accept that her body know longer looks like the way it once did, and she’s perfectly OK with that. She sacrificed her body (which many models wait until later in their lives to do) for one of the most beautiful things, having and raising children. Though we don’t have to praise her for no longer being a size two, we can take away that, as women, our bodies are continuously changing and adapting. They are going to for the rest of our lives. There’s nothing wrong with it and if someone tells you otherwise, tell them to talk to Chrissy Teigen. 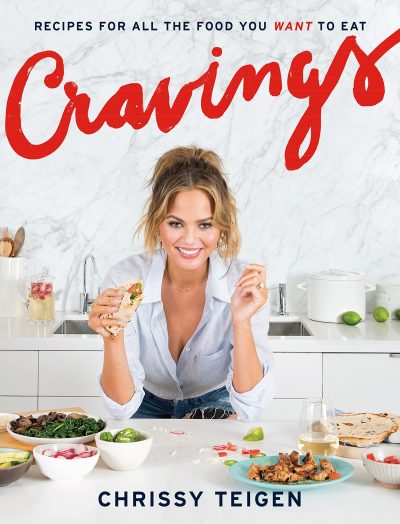 Cravings: Recipes for All the Foods You Want to Eat 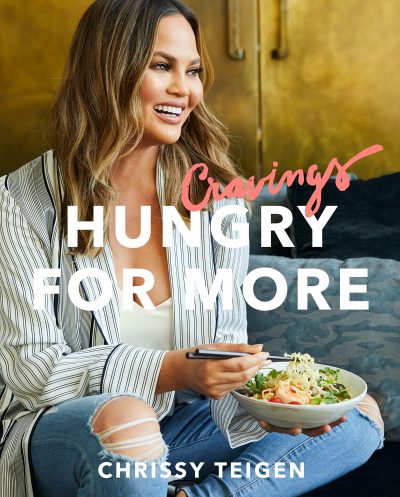 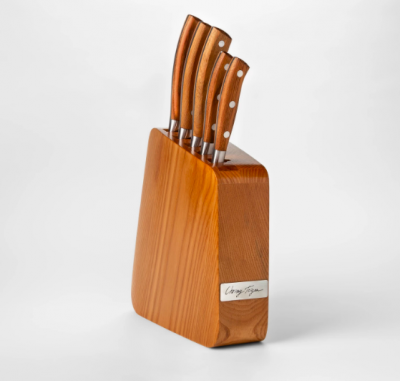 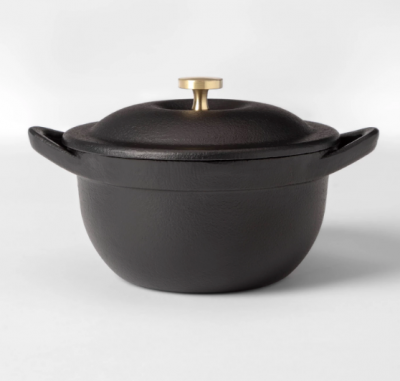 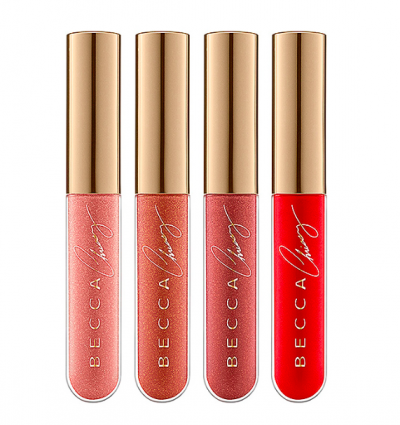 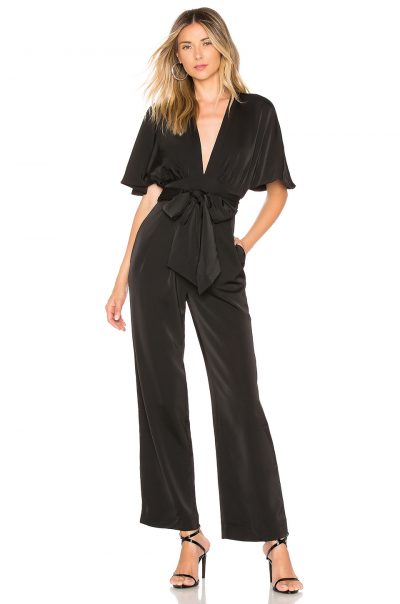 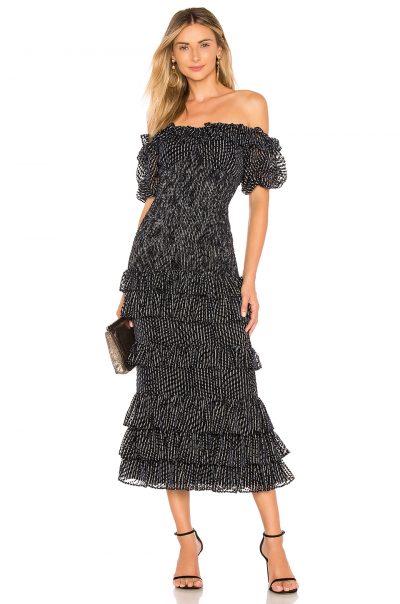 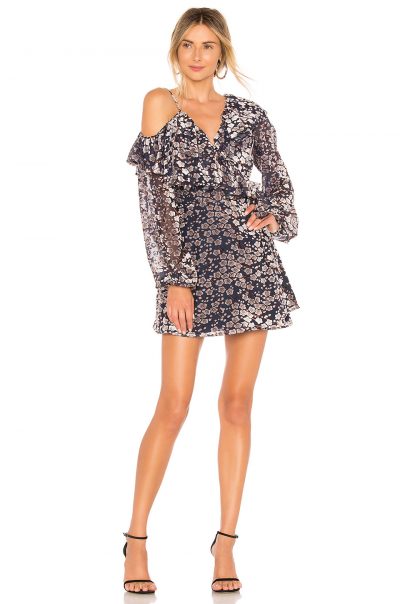