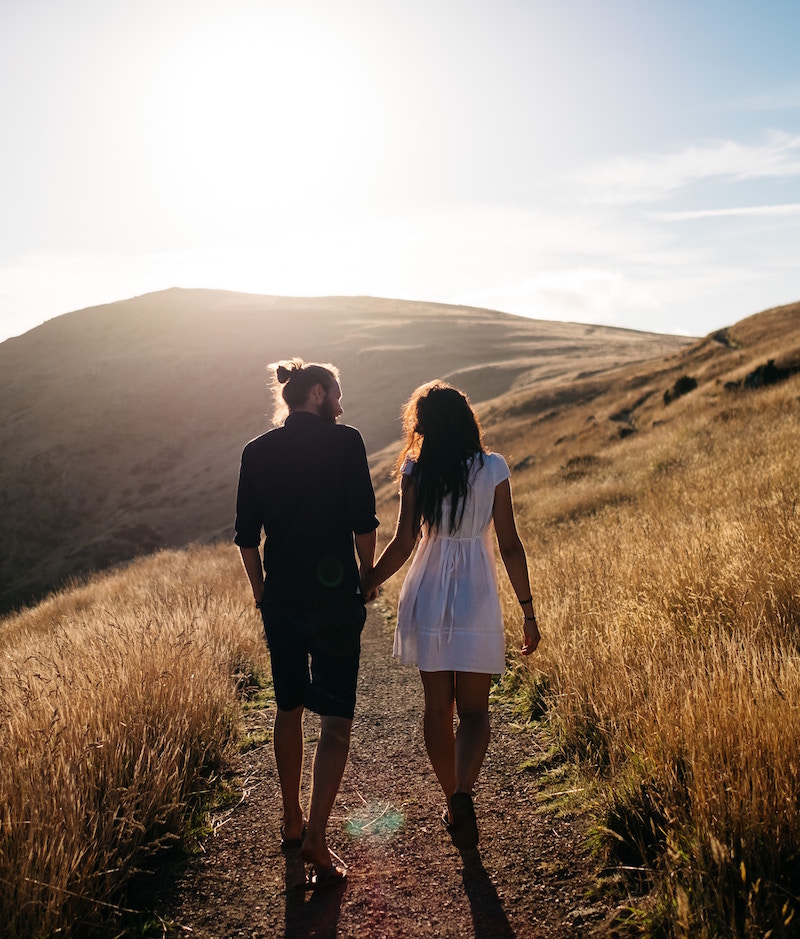 In my late 20s, I experienced my first real adult heartbreak, with zero tools on how to cope with the excruciating pain.

Thankfully, I had just moved to Los Angeles — the mecca for all kinds of healing modalities, which this very fast-paced, disconnected New Yorker was desperate to try in the thick of her grief. For the first time, I was attending yoga classes for emotional and spiritual guidance, versus powering through a practice with the intention of burning the most amount of calories in the least amount of time. I sought out reiki masters, bought boatloads of crystals, and absorbed myself in EVERY self-help book on heartache and loss.

Yes, I became a classic LA cliché – an actress/yogi on an intense soul-searching journey, yet despite the intellectual understanding of how I got myself to where I was, I still felt pretty miserable, and couldn’t help but wonder if this too shall not pass…

Awareness, acceptance, and surrender were great foundational concepts to launch the healing process, but it wasn’t until after dating a narcissistic sociopath for a year, that I felt like my life depended on figuring out the missing piece on how to heal this gaping hole in my heart.

After several failed attempts, I finally found a godsend of a therapist who pointed out that despite being aware of my thoughts, I was unaware of the harsh critic who was thinking them. As far as I was concerned, I was justified in berating myself for falling for the tangled web of lies and gaslighting that would inspire a Lifetime movie script. I had plenty of evidence to support why I should never trust a man with my heart again. And while we’re at it, I hate my thighs!

I found a therapist who pointed out that despite being aware of my thoughts, I was unaware of the harsh critic who was thinking them.

So back to good ole acceptance I went — slowly but surely recognizing that these self-sabotaging stories I white-knuckle gripped as truths were going to take time to transform into something that could possibly serve me, as I now consciously observed from the standpoint of a compassionate witness.

Subtle shifts began to occur—especially as I’d hear friends criticize themselves over similar issues I wouldn’t let them indulge.

Why are you giving him all your power? How could you say that about yourself? His actions say way more about him than they do about you.

This new perspective created some wiggle room for peace to very slowly creep its way into my heart — perhaps for the first time — which I now believe gave the Universe the nod that I was ready to receive that golden key towards complete freedom.

I was inspired to embark on a life coach training program, now that I was starting to see that where there’s darkness, there actually is some light!  And as the savvy universe would have it, I was re-introduced to the work of Byron Katie — her book, Loving What Is, was required reading before the course began.

Several years prior, in the depths of despair over my narcissistic ex, I was appalled when my best friend suggested I take a look at this exact book. Loving What Is presents us with a thought tool called The Work, which invites us to investigate any painful thought we are deeply attached to. When I initially read that part of the process was to turn whatever I thought about the other person back on myself, or look at how the opposite of my painful thought could be true, I refused.

For example, I deeply believed the thought, “He shouldn’t have cheated on me.”  The Work encouraged me to look at how the opposite of this statement could be true:

He should have cheated on me.

I was far from perfect in that relationship, but one thing was for sure — I was monogamous, so no, I will not look for evidence to support why he should have cheated on me. Such a statement would imply I deserved the betrayal, but despite my lowest level of self-worth at the time, I did know that his insidious layers of lies, manipulation, cheating, and the smear-campaigning of my name, were unwarranted.

My attachment to my victim story was clearly much stronger than my attachment to freeing myself from it, so to say I’m grateful for The Work reappearing while in the shoes of a compassionate witness, is an understatement.

I was amazed by how quickly I was able to revisit and understand why “he should have cheated on me,” without shaming myself or condoning his behavior.  All Katie was asking with this-turn around is to look at how it could possibly be true so that we can start loosening the grip of the original thought that’s causing the most pain.

He should have cheated on me because he did. One of my favorite Byron Katie quotes states, “When you argue with reality, you suffer…but only 100% of the time.”

There was no way I could ever rewind time, but if I did, there was no way I would ever be able to control his behavior in order to keep my heart safe. It happened. It was never going to un-happen, so once I could fully accept this, I’d be free.

He should have cheated on me because without that experience, I wouldn’t have gotten the help I desperately needed to heal the broken parts of me that attracted the broken parts of him.  This relationship catapulted me on to a next-level tireless journey to seek that inexhaustible well of love every guru swears is within all of us, which I’ve now wholly tapped into, and my thighs are thrilled about it.

There was no way I could ever rewind time, but if I did, there was no way I would ever be able to control his behavior in order to keep my heart safe. It happened. It was never going to un-happen, so once I could fully accept this, I’d be free.

He should have cheated on me because without that experience, I wouldn’t have become a life coach for heartbreak and healing. Helping other women move through what I endured is my life’s work. This rock bottom was 100% worth discovering my truest calling to date.

Curing heartbreak is of course not a linear process. It’s painful and messy amidst moments of clarity and hope, which makes it crucial to first allow the body and heart to consciously grieve the roller coaster of emotions.

But when the time is right —a time that no one else can decide for you — you get to choose to indulge your victim story and perpetuate the pain, or rewrite it as your heroine story, so that you not only heal from the loss but thrive from it.

Now that I can authentically and gleefully say, “He should have cheated on me!” I highly recommend the latter option.